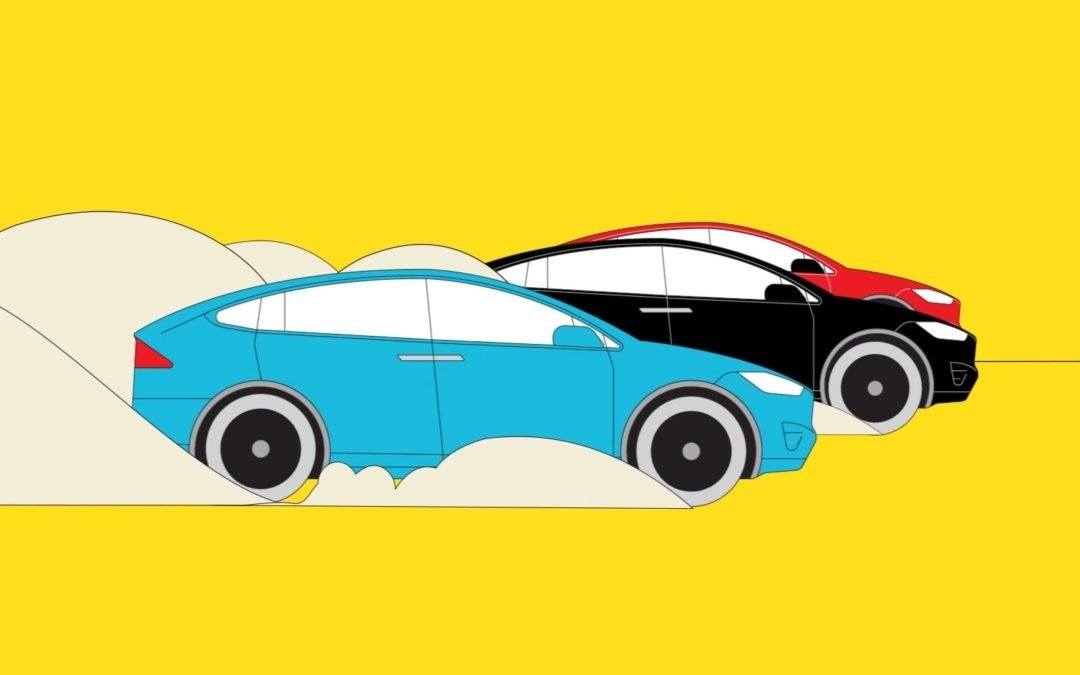 The future depends on connectivity. From artificial intelligence and self-driving cars to telemedicine and mixed reality to as yet undreamt technologies, all the things we hope will make our lives easier, safer, and healthier will require high-speed, always-on internet connections.

To keep up with the explosion of new connected gadgets and vehicles, not to mention the deluge of streaming video, the mobile industry is working on something called 5G—so named because it’s the fifth generation of wireless networking technology.

The promise is that 5G will bring speeds of around 10 gigabits per second to your phone. That’s more than 600 times faster than the typical 4G speeds on today’s mobile phones, and 10 times faster than Google Fiber’s standard home broadband service—fast enough to download a 4K high-definition movie in 25 seconds, or to stream several at the same time.

Eventually anyway. US carriers promise that 5G will be available nationwide by 2020, but the first 5G networks won’t be nearly so fast. 5G isn’t a single technology or standard, but rather a constellation of different technologies, and deploying them could require a radically different approach than building 4G networks. Carriers have launched demos and pilot programs that demonstrate big leaps in wireless performance, but mobile networks based on the “millimeter wave” technology that may deliver the fastest speeds probably won’t be widely available for years.

In the meantime, companies will likely build 5G networks based on other technologies that are faster than today’s networks, but can largely rely on existing infrastructure.

But there’s more to 5G than just speed; 5G technologies should also be able to serve a great many devices nearly in real time. That will be crucial as the number of internet connected cars, environmental sensors, thermostats, and other gadgets accelerates in coming years.

A lot is riding on the deployment of 5G in America. Industry experts and political leaders across the spectrum warn that it’s possible for US companies to fall behind the curve if China or some other country is able to build the foundations for 5G more quickly. To reach the goal of nationwide 5G by 2020, the government must open more wireless spectrum to carriers; the carriers must rapidly expand their infrastructure; and hardware makers need to create a new generation of devices ready to ride the 5G waves.

The first generation of mobile wireless networks, built in the late 1970s and 1980s, was analog. Voices were carried over radio waves unencrypted, and anyone could listen in on conversations using off-the-shelf components. The second generation, built in the 1990s, was digital—which made it possible to encrypt calls, make more efficient use of the wireless spectrum, and deliver data transfers on par with dialup internet or, later, early DSL services. The third generation gave digital networks a bandwidth boost and ushered in the smartphone revolution.

(The wireless spectrum refers to the entire range of different radio wave frequencies, from the lowest frequencies to the highest. The FCC regulates who can use what which ranges, or “bands,” of frequencies and for what purposes, to prevent different users from interfering with each other’s signals. Mobile networks have traditionally relied mostly on low- and mid-band frequencies that can easily cover large distances and travel through walls. But those are now so crowded that carriers are turning to the higher range of the spectrum.)

The first 3G networks were built in the early 2000s, but they were slow to spread across the US. It’s easy to forget that when the original iPhone was released in 2007 it didn’t even support full 3G speeds, let alone 4G. At the time, Finnish company Nokia was still the world’s largest handset manufacturer, thanks in large part to Europe’s leadership in the deployment and adoption of 2G. Meanwhile, Japan was well ahead of the US in both 3G coverage and mobile internet use.

But not long after the first 3G-capable iPhones began sliding into pockets in July 2008, the US app economy started in earnest. Apple had only just launched the App Store that month, and the first phones using Google’s Android operating system started shipping in the US a few months later. Soon smartphones, once seen as a luxury item, were considered necessities, as Apple and Google popularized the gadgets and Facebook gave people a reason to stay glued to their devices. Pushed by Apple and Google and apps like Facebook, the US led the way in shifting to 4G, leading to huge job and innovation growth as carriers expanded and upgraded their networks. Meanwhile, Nokia and Japanese handset makers lost market share at home and abroad as US companies set the agenda for the app economy.

Carriers around the world already have begun building test networks for 5G, even though the core specifications for the technology, begun in 2011, were only just completed in June 2018. Yet it can be hard to suss out what’s actually being tested. For example, last year AT&T announced it would roll out something called “5G Evolution” in 20 cities, but critics called this 5G branding deceptive because the technologies AT&T uses for these networks are actually 4G technologies that rival carrier T-Mobile was already using.

At the same time, carriers including AT&T are now testing high-speed “millimeter wave” networks. And even though today’s phones can’t connect to 5G networks, consumers are finally getting a chance to try 5G thanks to offerings like Verizon’s “5G Home” service, which offers fixed wireless, as opposed to mobile wireless, for home broadband.

The Future of 5G

Carriers, gadget makers, and politicians from across the political spectrum worry that what happened to the mobile industries in Europe and Japan could happen in the US if the nation is too slow in rolling out 5G.

The US is particularly worried about China, as evidenced by a National Security Council document leaked in January 2018 proposing the creation of a nationalized 5G network to supplement the private sector. The fear is that if China is first to 5G, its burgeoning tech industry will create the next global mobile platform; 5G could also give China an edge in the AI race. More devices connected to networks would mean more data. More data with which to train algorithms could mean better AI applications.

To build 5G networks faster, the wireless industry argues that it needs permission to use more wireless frequencies, and face fewer regulations governing the building of infrastructure. The idea most commonly associated with 5G is millimeter wave technology, which takes advantage of the very high end of the wireless spectrum, where there’s plenty of unused bandwidth. It’s this technology that could enable those 10 Gbps speeds, but it comes with a huge trade-off. Millimeter wave signals are less reliable over long distances and are easily disrupted by obstacles like trees, people, and even rain. To make it practical for mobile use, carriers will need to deploy huge numbers of small access points in cities, instead of relying on a few big cell towers as they do today.

To offset those costs, the wireless industry is looking into technical fixes. For example, the Telecom Infrastructure Project, which includes Facebook and a number of telecommunications firms, is working on an antenna called Terragraph, which would let wireless access points connect with each other instead of relying exclusively on wired connections for backhaul.

One independent study of Verizon’s pilot 5G network in Houston found that millimeter waves proved more resilient than expected, but nationwide millimeter wave networks will probably take years to build. So carriers around the world are now turning to what’s known as the “mid-band” of the wireless spectrum, which includes many of the frequencies used by Wi-Fi routers and some mobile phone networks. It’s not quite as fast as the high end of the spectrum, because there’s less bandwidth available, but signals can travel farther and more reliably, making it possible to blanket areas with coverage using large towers.

The regulator also plans on auctioning more high-band spectrum and is moving forward on proposals to auction mid-band spectrum. But it can take months or years for carriers to go from buying a license to use spectrum to actually using that spectrum, according to Recon Analytics, because of the time it takes to upgrade existing cell towers. That process involves not just physical labor but often permits from state or local governments.

Consumer advocates worry that the rush to 5G is undermining public oversight of the wireless industry. For example, the FCC gutted its net neutrality protections in 2017, dubiously arguing that fewer regulations would lead to more investment in 5G and other broadband infrastructure. In 2018, it voted to override state and local regulations governing the placement of wireless equipment in the name of helping carriers build 5G networks faster. Meanwhile, T-Mobile and Sprint are pushing regulators to approve the merger between the two companies by arguing that they would be able to deploy 5G more quickly and efficiently together.

Less oversight and fewer carriers could translate into higher prices and less availability for 5G. Harold Feld, vice president of the consumer group Public Knowledge warns that without oversight, carriers might opt not to build 5G networks in low income or rural areas that could prove less profitable.

Even if 5G were available immediately, few if any devices on the market could take advantage of it. The Chinese-made Mi Mix 3 smartphone and Motorola’s 5G Moto Mod, from the Chinese-owned company Lenovo, are expected to ship in 2019. Apple isn’t expected to release a 5G capable phone until 2020.

So 5G still feels distant. But the pieces are coming together.