AG Nominee William Barr Is No Friend of Telecom Competition 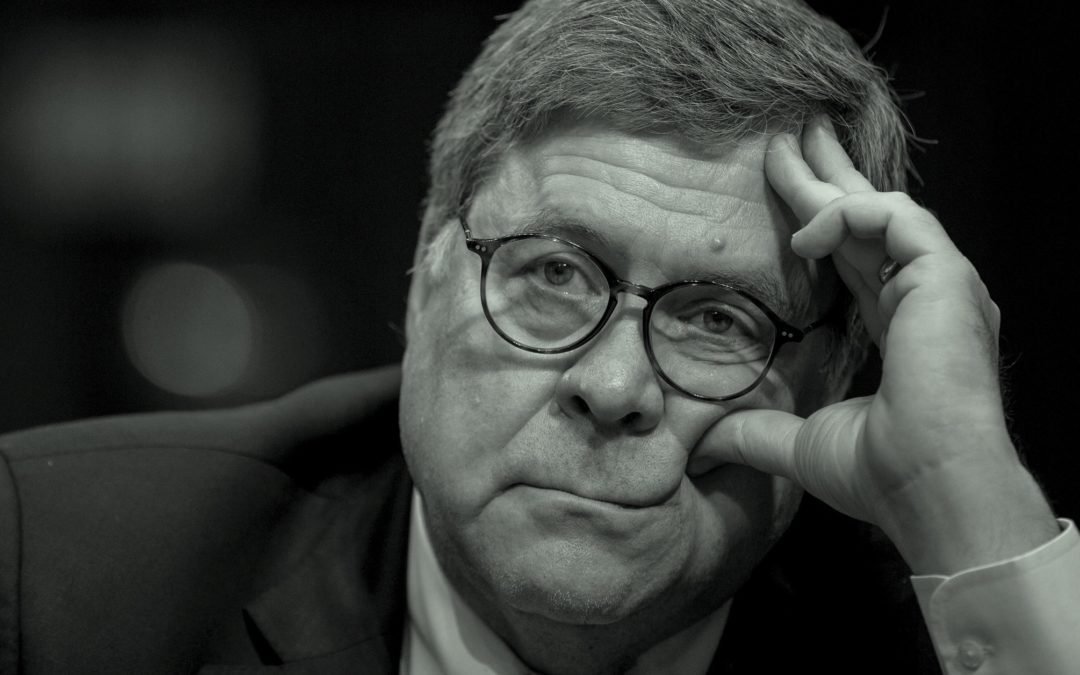 Chatter about William Barr, considered a shoo-in to be the country’s next attorney general, has focused on how he will handle special counsel Robert Mueller’s final confidential report (he has discretion to deep-six all details) and how he will protect (or not) civil rights.

But there’s much more to Bill Barr. If you want insights into how Barr will react to technology issues, it’s worth taking a look at his role as a very big fish in the warm pond of Washington telecom policy over the past 25 years. Barr was visible at all the key moments, beginning in 1994: He was general counsel for GTE, a large independent phone company in the Bell System era, until its merger with Bell Atlantic to form Verizon, and then was general counsel of Verizon until his retirement in 2008. After that, he joined Time Warner as a board member (right after it separated from Time Warner Cable), making close to $2 million in connection with the AT&T-Time Warner merger last year.

Here’s what that lengthy stint amounted to: Barr assisted in the dramatic reconsolidation of the telecom industry through a tsunami of mergers, lobbying, and litigation following the breakup of AT&T in 1984. Basically, his employers did whatever they could to frustrate the aim of the 1996 Telecom Act to create competition for local phone service, while presiding over mergers that effectively reconstituted Ma Bell. Barr was being a good lawyer—that’s what his employers wanted, even as their corporate identities morphed over time.

Rules for You, Not for Me

Even as Barr sought to protect phone companies from competition, he vocally endorsed requiring cable companies to allow other companies to offer competing internet services over their networks. In 1999, cable was an upstart provider of internet access, serving about 300,000 Americans, compared to 35 million who got access over copper phone lines. Here’s some stirring congressional testimony from Barr from 20 years ago, as he argued strenuously that “open access” rules (then applicable to phone lines) also be applied to cable:

“This policy of open access was not dreamed up in some utopian classroom. Rather, it is the product of bitter experience over the 20th century. Twice in this century, large corporations successfully came to dominate key parts of the telecommunications industry through a simple two-step strategy. First, buy up a large percentage of the local pipelines into the home. Second, close off consumer access to any other provider of services—forcing the consumer to do business only with companies affiliated with the owner of the pipeline into the home.”

In other words, Barr opposed any rules that he believed amounted to allowing, as he put it in 1999, “the scam of taking a free ride on our [phone] network,” but favored rules that would require rivals—ie, cable companies—to be burdened with that same kind of obligation.

Back to the phone lines. After years of mind-numbing litigation, Barr and his employers eventually succeeded in getting the FCC to change the rules that had been intended to foster competition in local phone service. Most of the 6,000 or so competing phone providers that had emerged by 1999 could not survive on the incredibly thin profit margins the resulting regulatory structure allowed them, and fell over dead. Meanwhile, the incumbent phone companies obtained permission from the FCC to sell services beyond phone calls, like data and long-distance products, and quickly consolidated: GTE became part of Bell Atlantic, which became Verizon.

Today, the pre-1984 Ma Bell has been effectively reborn in the form of giant conglomerates Verizon and AT&T. And Barr was there for all of that, working to re-merge and re–vertically integrate his part of the telecom industry into a powerhouse. Now Verizon is focused on premium wireless services, where profit margins are highest; it doesn’t want to be thought of as a basic wired data transport company—the 21st century equivalent of a telephone company.

Barr was visible at all the key moments in telecom policy over the past 25 years.

And when it comes to cable, it’s amazing how prescient Barr’s 1999 testimony was. In fact, the cable industry (after its own wave of consolidation) has come to dominate “a large percentage of local pipelines,” particularly in urban areas. In its last earnings call, Comcast touted its “connectivity centric” business model and said it has 47 percent of the US high-speed internet access market, but hopes to get more. Indeed, the cable industry routinely accounts for more than 100 percent of net new subscriptions to high-speed internet access, as consumers who can afford cable flee DSL.

In other words, the controllers of the bottleneck—that last segment of a communications network between a neighborhood node and homes and businesses, sometimes called the “last mile”—want a tighter bottleneck, and we’ve got less competition than ever. Requiring everybody to open up their “last mile” facilities to competition, thus breaking open any local chokehold over access to the consumer, would have been the only way to insert competition into the equation, as former Justice Department Antitrust Division head Anne Bingaman argued in 1999. But we didn’t do that, partly because of Barr and his employers.

With that background, Barr is an interesting choice to run the DOJ, as the department seeks to undo the AT&T-Time Warner merger.

We have a highly concentrated communications marketplace. DOJ Antitrust Division head Makan Delrahim has made the sensible argument that (today’s) AT&T, which owns the second largest distributor of pay TV, satellite company DirecTV, will likely use Time Warner programming to advantage AT&T’s distribution business—to the further detriment of rivals—if AT&T is allowed to keep Time Warner.

Delrahim knows that talented lawyers can find ways around rules such as “don’t discriminate in favor of subdivisions of your conglomerate.” Behavioral limitations—often used to resolve antitrust cases—just don’t work. That’s why, sometimes, conglomerates with market power at one level need to be kept from the other levels of the supply chain, particularly when those conglomerates are effectively operating private, unregulated infrastructure utilities. Legions of antitrust scholars have said this makes total sense.

But Barr’s ideas about consolidation and the appropriateness of making an information distribution business more profitable by controlling key inputs and making them unavailable to other distributors were formed during his go-go years of merging and acquiring in the telecom industry. And so Barr, in an affidavit filed in the AT&T-Time Warner case, said Delharim’s argument against the merger seems at risk of being based not on “a well-versed substantive analysis, but rather political or other motivation.” Having spent much of his private-sector career sticking Ma Bell back together after her 1984 breakup, Barr said he views Delrahim’s recommendation that AT&T be required to divest big parts of the combined company if the merger were to be approved as “inexplicable” and “extreme.” (Because of the nearly $2 million he stands to gain from that deal, Barr will have to recuse himself from being involved with it if he is, as expected, confirmed as attorney general.)

For more than two decades, William Barr was one of the most talented lawyers around at undoing behavioral limitations attached to mergers and statutes. Now Barr is about to be Makan Delrahim’s new boss. Vertical integration is likely back in vogue again.