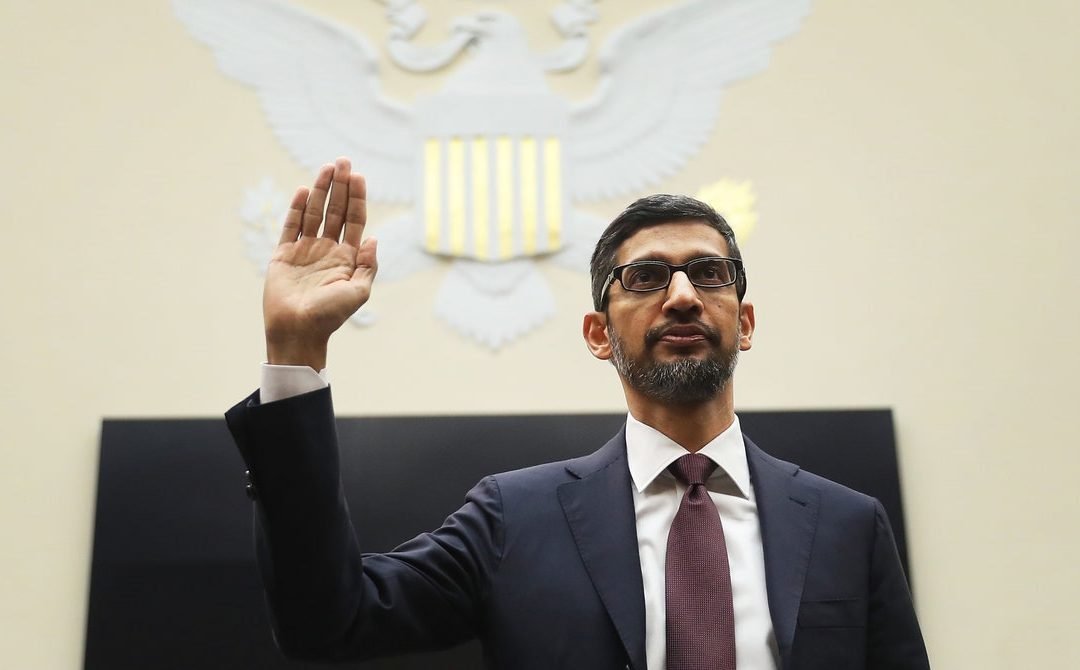 In the coming days, the House Judiciary Antitrust Subcommittee will bring the CEOs of Google, Facebook, Amazon, and Apple to Washington and ask them about their anticompetitive business practices. Except for Apple, there’s only one answer: We are guilty.

Though anticompetitive practices were prohibited more than a century ago, deregulation has prevailed since Ronald Reagan took office in 1981. Believing the market would always allocate resources optimally, the federal government stopped playing its traditional role as capitalism’s umpire. The Reagan Revolution unleashed economic growth that led to a long period of prosperity and a concentration of economic power. Over the past 20 years, the rich got much richer, while half of the country struggled with static incomes. Nowhere is this lawlessness more rampant today than among large tech companies, who’ve used their power to crush competitors, suppliers, business partners, and even customers.

Roger McNamee (@Moonalice) is the author of the New York Times best seller Zucked: Waking Up to the Facebook Catastrophe. He spent 34 years as a technology investor and was an early investor in Facebook and an adviser to Mark Zuckerberg.

Now the Covid-19 pandemic has exposed intolerable flaws in the status quo across the economy, including poor pay and protection for the most essential and dangerous jobs, an inability to increase personal protective equipment manufacturing and testing capacity, and a health care system that continues to struggle to adapt. Worst of all, internet platform monopolies sabotaged the nation’s pandemic response by amplifying disinformation.

Economic policy and the concentrated power that resulted from it are partially to blame for our failure to contain the pandemic. We need new policy that encourages competition, innovation, and adaptability, with less focus on shareholders. The hearing is an early test of Congress’ readiness to join its constituents in demanding a new vision for America.

Google, Facebook, and Amazon have exploited their popularity as a shield from regulators, but that may be ending. The harm they cause to suppliers, competitors, and advertisers, the threat they pose to the economy and consumer welfare, can no longer be excused. Having four CEOs testify together ensures the hearing will accomplish little of substance. Each CEO should be subject to his own multiday hearing. Still, the hearing can increase awareness of harmful business practices.

Among Google’s many monopolies, those of ad tech infrastructure and web browsers do particular harm. Google is rapidly displacing the open web with a closed environment of its own making, undermining news and many other industries that depend on advertising and web traffic.

Facebook has exploited its market power to crush partners and would-be competitors, limiting innovation and leaving our democracy vulnerable to extremism.

Amazon’s dominance of online commerce has created convenience for customers, but at great cost to other forms of retail, suppliers, and employees, who have no power to fight back.

The issues with Apple are different and, in my view, not comparable. Apple’s anticompetitive behavior in the AppStore does not threaten the economy or society, and its approach to privacy and consumer protection, especially compared with Amazon, Facebook, and Google, is exemplary.

History shows that eliminating monopolies and encouraging competition is good for the economy. Consumers and investors benefit. This has been the case in tech since 1956, when the Justice Department Consent Decree with AT&T limited the monopoly to regulated telecom markets, creating the computer industry as we know it. Subsequent antitrust interventions played a role in enabling separate industries for software, personal computers, data networking, mobile communications, and the internet.

The nation’s antitrust laws were created in response to the anticompetitive business practices of monopolies in oil, railroads, steel, banking, and other industries. No one denied that Standard Oil and the other “trusts” created value that benefited society. The issue was whether monopolies were the best way to grow an economy. Trustbusters argued that monopoly, which had historically been a tool of autocratic governments, undermined democracy by concentrating economic power. The Sherman (1890), Clayton (1914), and Federal Trade (1914) Acts created rules to govern business practices that broke up monopolies and ushered in a long period when corporations were required to respect the interests of consumers, suppliers, and communities.

In the 1970s, solicitor general Robert Bork popularized an alternative theory of antitrust that eliminated all considerations except for one: consumer prices. So long as prices didn’t go up, there’d be no violation, irrespective of other harms. The Reagan administration embraced Bork’s interpretation, triggering a 40-year trend of consolidation that concentrated economic power. This has reduced consumer choice, undermined the balance between employers and workers, and left the economy unable to respond to a shock like the pandemic. Brittle supply chains and short-term thinking boosted stock prices, but they are also partially responsible for the country’s unique inability to control the spread of Covid-19.