‘Boomerspeak’ Is Now Available for Your Parodying Pleasure 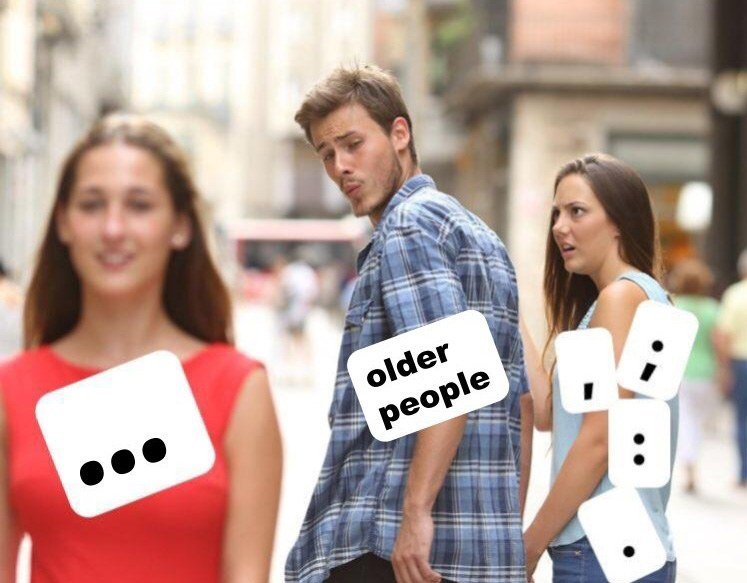 In 2019, young people learned how to talk like boomers. It showed up in tweets (“why do boomers all have such a strange relationship with capitalization and punctuation”), on Reddit (“On my first ever Facebook post to a friend’s wall, I signed my name like some kind of boomer”), and people who type “ok boomer” as “O.K., Boomer.” There’s a Facebook group where people pretend to be boomers, which consists of typing things like “say hi to Joe and the kids for me,,, love! You.” There are even memes, like this take on the Distracted Boyfriend meme. 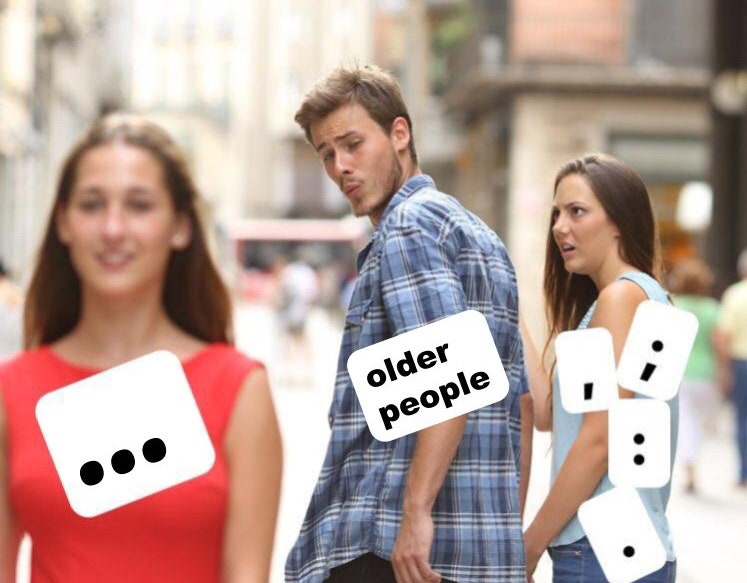 Many of these pieces had been around before, but as boomerspeak, they crystallized into a genre ripe for parody. Boomerspeak’s canonical features include the dot dot dot, repeated commas, and the period at the end of a text message. It can also involve random mid-sentence capitalization, typing in all caps, double-spacing after a period, signing your name at the end of a text message, and confusion between the face with tears of joy emoji and the loudly crying emoji. But it’s not just a question of intergenerational strife. Watching boomerspeak distill and crystalize into a distinct genre this year can help us understand a bigger phenomenon: how distinctive ways of speaking bubble up into the popular consciousness and become available for commentary or imitation, a linguistic process known as enregisterment.

A register is a particular socially identifiable variety of a language, whether that’s texting like a boomer or the prestigious British linguistic register known as Received Pronunciation. This social identification doesn’t exist permanently. Instead, it develops over time, a process that the linguist Asif Agha named enregisterment. Agha wrote a classic paper introducing the term in 2003, where he used the well-documented history of Received Pronunciation as a case study. It might feel obvious to a modern-day English speaker that of course there’s a fancy register associated with the Queen and the upper classes and the media, but Agha points out that this wasn’t the case before the 18th century, when the nobility tended to have a regional accent associated with their lands. Received Pronunciation was gradually constructed in the minds of the public, from grammarians and other language pundits of the 18th century who expressed a desire for a unified national English accent, to 19th-century etiquette manuals aimed at a growing middle class, fictional representations of speech by authors like Charles Dickens, and increasing codification through boarding schools and the BBC into the 20th century.

The idea of enregisterment has been applied to many other linguistic varieties. One particularly vivid example comes from linguist Barbara Johnstone, who spent 11 years collecting “Pittsburghese” T-shirts and other memorabilia (mugs, bumper stickers) with characteristic Pittsburgh words, phrases, and folk respellings on them, such as “yinz” and “dahntahn” (downtown) and “needs washed.” Johnstone makes the point that linguistic features becoming characteristic of Pittsburgh in the popular imagination is a distinct step from them existing at all, which they did for decades before they started getting noticed and put on T-shirts. What’s more, the words and sounds on a Pittsburghese T-shirt aren’t necessarily representative of all and only Pittsburghers—many of these features are also found in the speech of surrounding areas, and many residents of Pittsburgh use only some of them, or even none at all, as this style is linked especially to a white, working-class identity. Accuracy aside, an imagined Pittsburghese lexicon makes the T-shirts more valuable at a very practical level—they sell in souvenir shops at a healthy markup over their production cost.