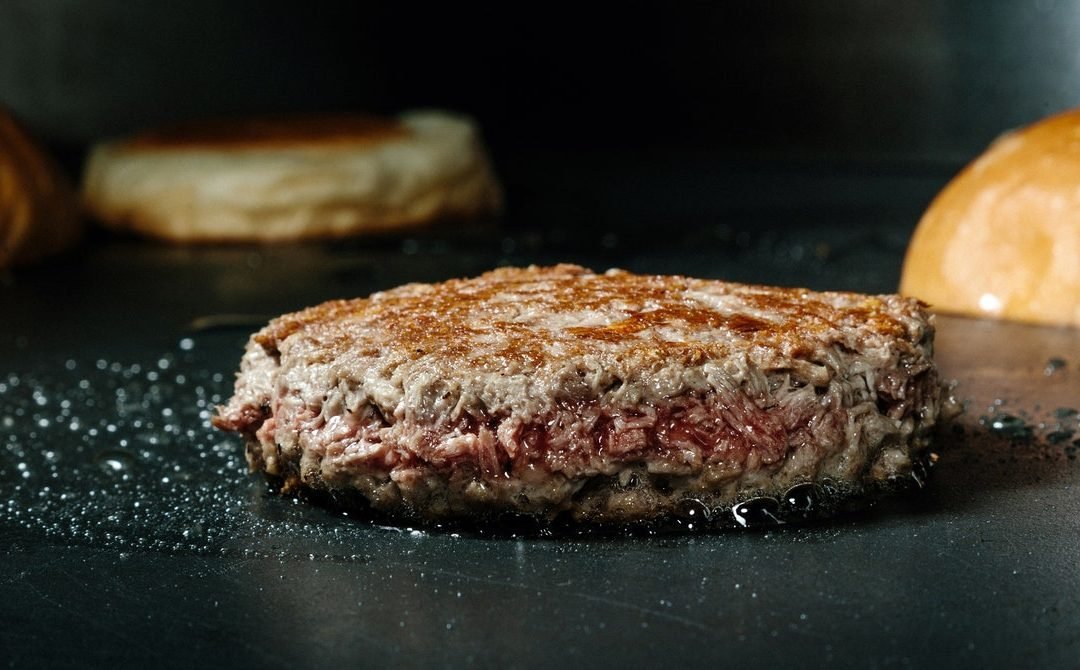 One day, we’ll tell our grandkids about the Great Burger Wars. Scientists dueling social conservatives, foodies brawling with tech entrepreneurs, vegans sniping at vegans—burgers are a window on the charged politics of climate change. And low-methane cows, Impossible Whoppers, and cellular agriculture have put fast food on the front lines. Most recently, a Burger King ad for a lower-emission beef burger featured a tween (the Walmart yodel kid) styled like Gene Autry by way of the Vienna boys’ choir two-stepping his way past farting cows. Of course it went viral. Burger King gobbled up the free press but also stern rebukes from scientists and the beef industry. And nearly every major news outlet has over the past year run some version of a story asking, “Can a hamburger save the world?”

Well, can it? Sadly, no. But fast food’s environmental impact can be massively reduced, and with its unparalleled scale, reach, and appeal, it could help transform the food system. That, however, requires taking meat off the menu.

Jan Dutkiewicz is a postdoctoral fellow at Concordia University in Montreal and a visiting fellow in the Animal Law and Policy Program at Harvard University. Gabriel N. Rosenberg teaches at Duke University and is the Duke Endowment Fellow of the National Humanities Center.

Animal agriculture is an environmental crime, and cows are the prime suspects. Between animals, feed, and other emissions, livestock agriculture generates around 15 percent of all greenhouse gas and a whopping one-third of nitrogen emissions globally. Cows alone contribute 6 percent of total GHGs, and beef production is complicit in record methane levels, devastating deforestation, and groundwater contamination. A typical quarter-pound burger requires 15 gallons of water and 13 pounds of feed, and comes with a 4-pound carbon hoofprint. Drive past any feedlot, and the smell alone will warn you it’s no beacon of sustainability. To keep agriculture within planetary limits, beef has to go.

The problem is, people really like beef. On average, Americans eat 57 pounds of beef every year. With a century of experience tailoring food to people’s taste buds and wallets, fast food has turned burgers into a national cuisine—something rich and poor, left and right, coastal and flyover all agree is as tasty as it is all-American. No wonder people freaked out when they assumed a Green New Deal would take their burgers away. The burger is the food system and climate politics ground down to their mouth-watering essence: democratic, delicious, and deadly.

Fast food’s strengths—its low price, wide availability, and industrially engineered appeal—could help overpower our beef addiction. The thing about fast food today is that it’s not inherently worse than the conventional, mass-produced food available at most restaurants and supermarkets. It’s just more efficient. Fast-food restaurants provide cheap commodities like beef, cheese, chicken, potatoes, wheat, and corn syrup to millions every day. With billions served every year, even small per-unit reductions in environmental harms add up to massive impacts. Big changes like replacing beef with plant-based alternatives would be a game-changer.

Critics don’t see any of this as productive or sustainable. As one recent essay put it: “[Given a] long history of subsidized food production, conglomerated corporate power, and global inequality, does opting for an Impossible™ Whopper … really make a difference?” It does, least of all to the cow. Rather than cursing them, environmentalists ought to drink Burger King’s milkshake: Harness the efficiencies of that fast-food infrastructure to provide cheap, tasty, and widely available alternatives to meat.

Studies show that no matter how much Burger King and major beef producers promise to reduce cows’ methane emissions, mass-produced feedlot beef can’t compete with alternative proteins on any sustainability metric, and low-carbon “regenerative” beef can’t be produced at a price that would fit with fast food’s low margins. You can have happy cows or cheap burgers, but you can’t have them both. The flavor and texture of alternative proteins is getting so close to conventional meat that switching might not be much of a sacrifice, which is the thrust of a new Beyond Meat ad.

The environmental advantages of current alternative protein over pork and chicken are more ambiguous. That’s because nearly all chickens and pigs are raised on factory farms, where every ounce of efficiency is extracted through tremendous animal suffering. But even KFC realizes chickens may soon go the way of the dodo. It has piloted Beyond Meat’s fried chicken at a number of US locations to great success, is adding a vegan chicken sandwich as a permanent part of the menu at its Canadian restaurants. If its promises are to be believed, its Russian locations will likely be the first in the world to offer cellular (lab-grown) chicken.