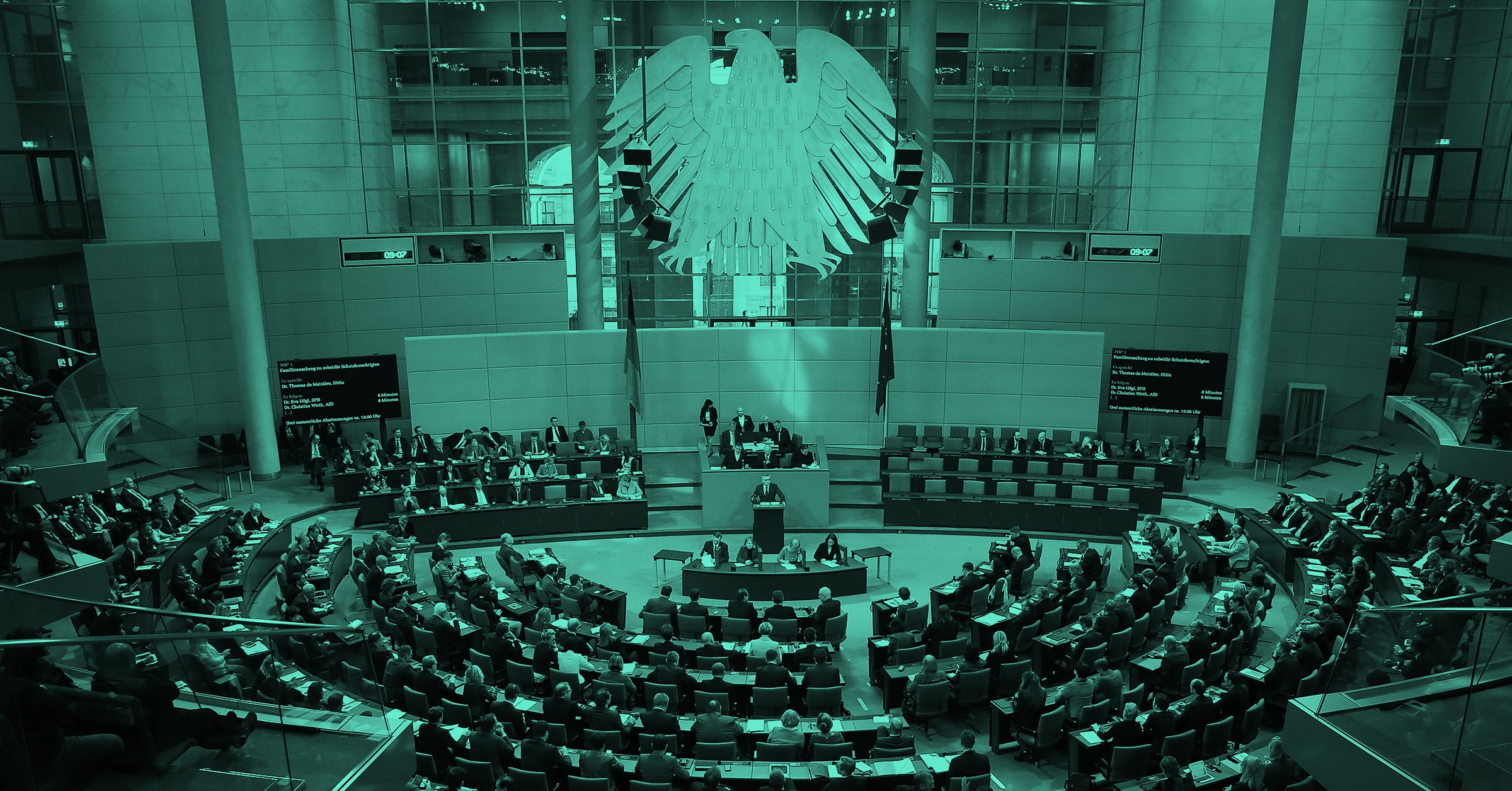 I recently took a trip to Berlin that sharpened my view of America. It turned out that the blandly named conference I’d been invited to—something about digital markets—was actually a giant collective hand-wringing about the state of German politics. The far-right, populist Alternative for Germany party recently gained substantial strength, accounting for nearly 15 percent of voters nationwide (up from about 3 percent in 2015), and reshaping the political landscape as it spews malicious anti-immigrant rhetoric. The center-right and center-left parties are losing power and spinning with anxiety, trying to figure out how to win back hearts and minds.

The problem is that Germany’s increasing inequality and lack of trust in government, trends that have given a significant boost to the far right, stem from steps taken by those very same centrist parties in the ’90s and early 2000s. Following the market triumphalism launched here during the Clinton era, they cut social services to the bone, lowered taxes, celebrated public-private partnerships, and enthusiastically embraced the idea of limited government—eliminating hundreds of civil service jobs in the process.

The result: stunning inequality, greater than in any other large European country, and deteriorating basic services, including, crucially, telecommunications. Now the Germans who have been left behind feel the whole country is losing its purpose, and have no faith that the government knows what it is doing.

Austerity has had its predictably harrowing results in Germany; deeply pessimistic far-right voters believe that the country is going down the drain. The populist party does better in areas with higher unemployment and lower education, and where people are dissatisfied with government. It is becoming clear that Germany may be heading toward a profoundly polarized future, with the Alternative for Germany shouting about hate on the right, and the neolibertarian Greens ignoring the role of government on the left. Sound familiar?

What I saw demonstrated conclusively to me that baby boomers now in power in both Europe and America have to get out of the way as soon as possible. Only then will we be able to right those mistakes made in the 1990s that set the scene for the miserable period we’re now living through—both in the digital world and elsewhere.

At the conference, I got to see German anxiety firsthand. Andrea Nahles, leader of the mainstream center-left Social Democratic party, sat on the stage and people in the packed room launched into a raucous political back-and-forth. Men in the audience, who mostly appeared to be over 60, aggressively attacked Nahles for not having done enough to develop the party’s vision and shore up its dismal election results. It was all in German, but in the voices of the translators speaking to me through my headphones I heard the sounds of panic.

They are right to be worried. And it is increasingly clear to me that the telecommunications deregulation the Social Democrats sought in the mid-90s, when they were hoping to play a major role in the federal government, is an important part of the chaos and despair that is the current political scene in Germany.

Back in 1994, the Social Democrats decided they’d get more votes if they lobbied for privatizing the then-government owned telephone monopoly. Following the Clinton administration’s lead in the US, they supported Germany’s 1996 removal of all regulations from telecommunications.

Twenty years later, the result of this free-market celebration in Germany and in America has been the worst of all worlds: After a tsunami of consolidation, an oligopolistic handful of companies has divided markets and, because they are subject to neither oversight nor real competition. They feel no particular pressure to upgrade to fiber-optic lines or charge low prices. Today, German homes have, at most, a choice between a not-so-modern copper phone line and a local cable company with an exclusive agreement with their local housing association. Deutsche Telekom is heavily dominant and very slow to upgrade to fiber connections, preferring to “sweat” its existing copper assets as long as possible to avoid increased capital investments.

And where Deutsche Telekom is installing fiber, the company’s CEO Tim Hoettges has called for a complete regulatory holiday, as it is loath to share its network with competitors. Germany’s engineering industry is alarmed; automated manufacturing can’t happen at scale without world-class connectivity.

The trouble is, for many government leaders born in 1964 or earlier in either Germany or America, “freeing the market” from the dumb overhang of government involvement is an unquestioned article of faith. Of course less regulation means more investment. Of course only “responsible” citizens deserve government aid. Of course private-sector solutions will be more efficient than government services. And, in America as well as Germany, of course the public sector has nothing to say about the private telecommunications market. Both countries suffer from essentially unregulated cartels.

It was vividly clear to me in Berlin that centrist, “we’re all in this together” political parties need to propose a new vision of the appropriate role of government quickly. It’s necessary in both Germany and America that people come forward who haven’t ridden the wave of faith in the market throughout their careers. This will require the departure of the elders to welcome these new ways of interpreting the world.

That means we need leaders—probably young leaders, based on what I see in my students—who are capable of observing troubling unfairness and downright cruel treatment all around them, and changing direction. It’s time.