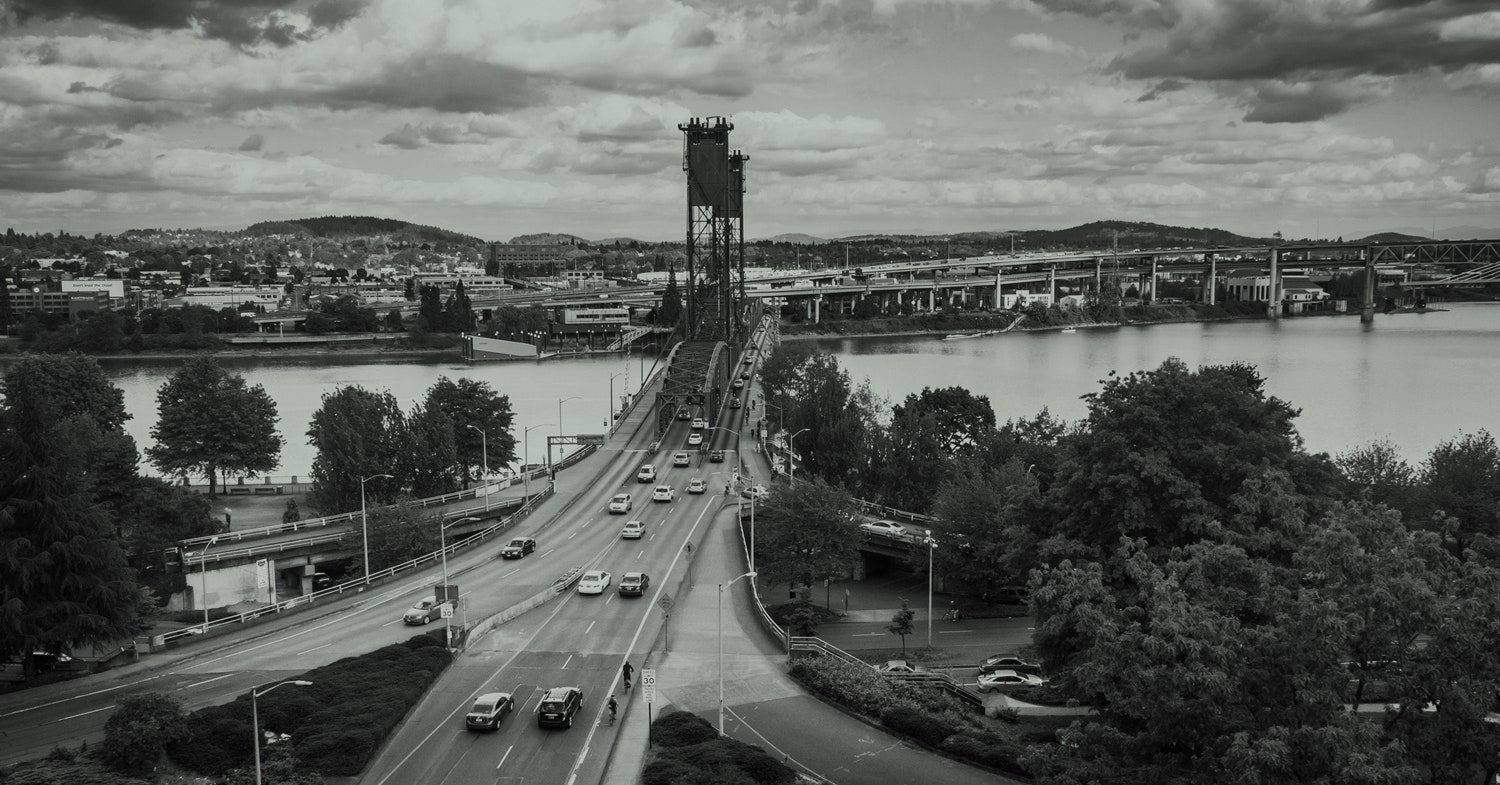 “Net neutrality” still gets people mad. Millions have the vague sense that the high prices, frustration over sheer unavailability, awful customer service, and feeling of helplessness associated with internet access in America would be fixed if only net neutrality was the law of the land. As I’ve written here in the past, that’s not exactly true: Without classifying high-speed internet access as a utility and taking meaningful policy steps to ensure publicly overseen, open, reasonably priced, last-mile fiber is in place everywhere, we’ll be stuck with the service we’ve got. A rule guaranteeing net neutrality–which would cover only how network providers treat content going over their lines–won’t solve the larger, structural issues of noncompetitive, high-priced access.

To keep moving toward better policy, though, we’ll need to keep internet access on the radar screen leading up to the 2020 election. At the moment, “net neutrality” is our best vehicle for that, as narrow a solution as it is. So it’s good news that, last month, the House passed net neutrality protections and advocates trumpeted their delight. To be sure, the status quo continues to prevail, with Senate Majority Leader Mitch McConnell (R-Kentucky) asserting that the House bill would be “dead on arrival” in the Senate. And although some Democratic senators have suggested that net neutrality provisions could be attached to a House spending bill, it’s more likely that the current House-Senate stalemate will endure—which is a good sign for 2020. Enough voters care about “net neutrality” that a clear line between the Democrats supporting it and the Republicans getting in the way is helpful to the overall Democratic cause.

While we’re waiting, here’s some history: The tussle over “net neutrality” started 20 years ago in Portland, Oregon, home of drizzling rain and ample coffee. Today, Portland and its region are poised to be Ground Zero for resolving the real issues behind public concern over “net neutrality”—the stagnant, uncompetitive, hopelessly outclassed state of internet access in America. Portland is taking seriously the idea of a publicly overseen dark-fiber network over which private providers could compete to offer cheap, ubiquitous internet access. Let’s hope this next journey is shorter and smoother than the last one was.

In June 1998, there were 20 or 30 local internet service providers in Portland, according to Marshall Runkel, who today is chief of staff to Portland Commissioner (as city council members are known) Chloe Eudaly. Back then, Runkel was 28 years old and a staffer for Commissioner Erik Sten, the youngest person ever elected to the Portland City Council (aged 27). That month, AT&T (the long-distance provider that had emerged from the breakup of Ma Bell) announced plans to buy TCI, which held the cable franchises in Portland. The independent ISPs, who had a legal right to run their internet access businesses over the copper phone lines of telephone companies, wanted the same opportunity for cable lines. They were worried that they wouldn’t be able to sell their services over cable, and “they provided an important voice in the conversation,” says Runkel.

Even before June 1998, Portland had made common cause with several neighboring local governments, deciding to negotiate with cable franchisees collectively, as a region. Smart thing to do. The regional alliance formed the Mount Hood Cable Regulatory Commission, which still exists, and appointed a citizen advisory committee to make recommendations about cable franchise policy.

In order for AT&T to take over TCI’s valuable franchise agreements, the Mount Hood Cable Regulatory Commission had to agree to the transaction. This gave local government a lever with which it could demand particular behavior from AT&T. And the citizens were really worried about AT&T’s potential control over data content as well as the prospect of diminished ISP competition. So the citizen advisory committee recommended that the region require AT&T to operate on an “open access” basis, allowing any ISP to compete across its wires. That didn’t fit with AT&T’s plans; it wanted to offer a single ISP controlled by the cable industry, called @Home.

Runkel says this kind of open-access thinking was “in Portland’s DNA.” Portland had acted in the 1970s to remove a freeway and open its riverfront to pedestrian access by creating the beautiful Tom McCall Waterfront Park. It had blocked the development of a huge parking garage in the middle of downtown, preferring to create an open public square. As Runkel puts it, Portland likes the idea of “the people taking on the powerful.” And the citizen advisory group in 1998 was a skilled bunch. “They really understood the internet access issue,” he says.

Portland’s unusual form of local government also helped. Each city department reports to one of the five commissioners (the four city council members plus the mayor). Coordination can be a huge challenge: Essentially, there are always five mayors. But this structure also means that each commissioner has the opportunity to really dig into issues he or she cares about.

Because Sten and Runkel were into the newfangled 1998 internet (“We had this thing called a website and used this revolutionary new technology called email,” chuckles Runkel), they seized the franchise transfer issue tied to the AT&T-TCI deal and worked to persuade their colleagues that AT&T should be required to allow other ISPs to use its network. The timing was good, too: The issue of internet access “was so brand new that there was no real existing coalition or conventional wisdom,” Runkel recalls.

AT&T’s response to the suggestion of open access was to threaten to sue if Portland dared to require it let others sell services over its access lines. That backfired, because Portland officials reacted poorly to being pushed around. So Portland steamed ahead, issuing the franchise to AT&T on the condition that the company charge all ISPs a reasonable amount for access to its lines. (The city had more running room because the Federal Communications Commission was caught flat-footed—it was still trying to decide how to treat accessing the internet over cable lines as a regulatory matter.)

AT&T sued the city and lost the first round. The federal district judge who heard the case, Owen Panner, wrote in his June 1999 opinion that he viewed the AT&T access lines as an “essential facility,” like a railroad bridge controlled by a private railroad company to which competing railroad operators need access in order to do business. Panner dealt easily with all of AT&T’s arguments and upheld the city’s assertion of power.

But the next round, and most of the rounds since then, went AT&T’s way. The Ninth US Circuit Court of Appeals said Portland had exceeded its legal authority. Then the FCC decided that traditional regulations shouldn’t apply to cable lines; in a related 2005 case (Brand X), the Supreme Court upheld the FCC. Today’s FCC Chair Ajit Pai has returned us to that deregulatory framework adopted by the FCC in 2004. Millions of American are mad, including people in the Portland region, where service is dominated by Comcast (which now owns AT&T’s cable systems) and CenturyLink (successor to US West, one of the Baby Bells).

Fast forward to today. A grassroots group called Municipal Broadband PDX is agitating for construction of a publicly owned open-access fiber network across the region. The city of Portland has contributed funds for a feasibility study and Multnomah County is on board with the idea. Hillsboro, less than 20 minutes away from Portland, is already building its own network. Citizen advisory committees will play a crucial role in the Portland region when it comes to planning for publicly overseen dark fiber, just as they did 20 years ago. There are many questions that need to be answered, including how much a dark fiber network would cost to build, how long it would take to be rolled out, where the money would come from to build it, and how a reasonable, nondiscriminatory leasing regime would work. If the project goes forward, it will be one of the largest public fiber efforts in the country.

History does not repeat itself, but it rhymes, as many people think Mark Twain said. Dark fiber, leased at reasonable rates to multiple private sector ISPs, would create the abundant, competitive, cheap internet access Portland has dreamt of for decades. And having it in place is the actual answer to “net neutrality” worries: Where there is abundant access and competition, no one company can pick and choose winners and losers or charge its customers outrageous rates for second-class services. That’s what’s in Portland’s DNA.