The Terrifying Unknowns of an Exotic Invasive Tick 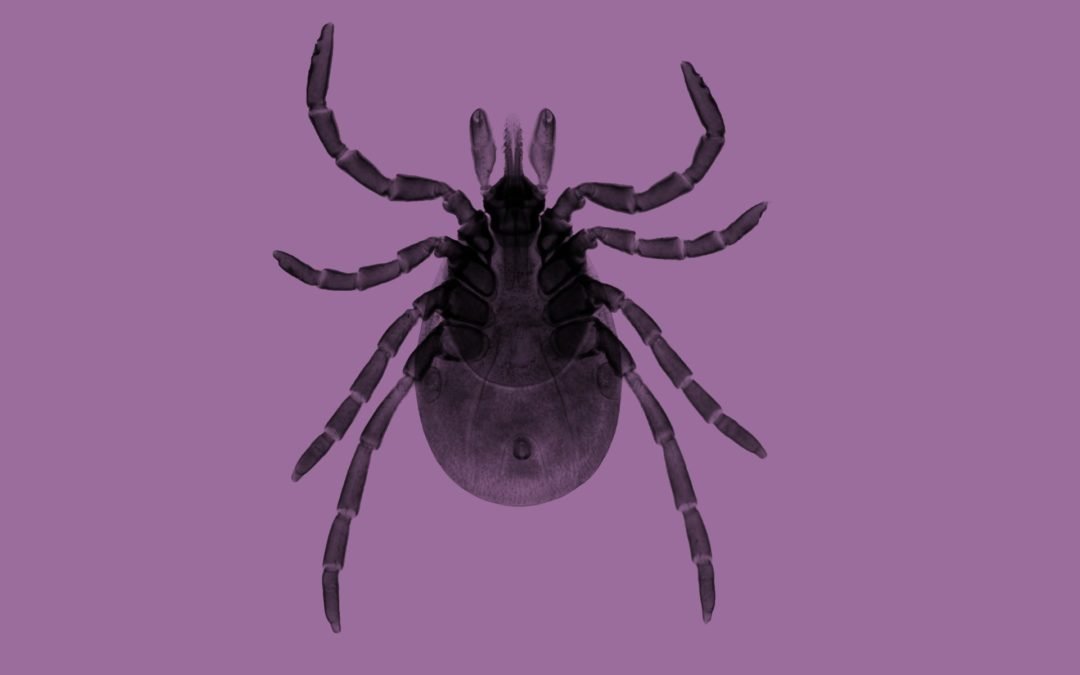 Last summer, in a town just outside New York City, a tick bit a man.

This ought to sound unexceptional. Ticks are normal on the upper East Coast; after all, tick-transmitted Lyme disease was first identified next door, in Connecticut. But the tick that covertly slid its pointy barbed mouthparts into an unlucky 66-year-old Yonkers resident was something new. It was the first invasive tick to arrive in the United States in 50 years, and this was the first time it had bitten a human.

That bite didn’t make its victim sick. But that it occurred at all is causing scientists to realize how little they know about the insect involved, known as the Asian longhorned tick: what diseases it transmits, where it prefers to live, and how it manages to move across long distances. Behind those unanswered questions looms a larger problem: We haven’t paid as much attention to ticks as we have to other insects that carry diseases. We have a long way to go to catch up—just as changes in weather patterns have ticks on the move too.

Until recently, the Asian longhorned tick’s home range was understood to be eastern China and Russia, Japan, Australia and New Zealand, and a few Pacific islands. In those countries, it harbors an array of bacterial and viral diseases that infect humans, including a potentially deadly hemorrhagic fever. It’s even more feared for the way it attacks livestock. This tick reproduces asexually, laying thousands of eggs at a time and producing waves of offspring that extract so much blood that grown cattle grow weak and calves die.

In August 2017, a woman who kept a single sheep on a property in the northwest corner of New Jersey, in the midst of a neighborhood of big houses and big lawns, walked into the Hunterdon County health department to complain that she had found ticks on the animal. What she didn’t realize, until horrified employees told her, was that she had ticks on herself as well, more than 1,000 speck-sized larvae all over her clothing.

The investigators gave the woman a spare set of pants and went back to her house with her—where their boots were immediately covered with crawling larvae, many times more than would be normal on a property that size. They found hundreds of ticks sucking on the ears and under the coat of her poor sheep.

An insecticide bath took care of the bugs on the sheep, and a hard freeze in November eliminated the ones in the paddock. By that time, Rutgers University researchers had identified it as the longhorned tick, confirming the bug’s first sighting outside of a quarantine station (where twice in the 1960s they were removed from animals being brought into the United States). They had no idea where it had come from, but they wondered: Given that the paddock was so populated, how long had the ticks been here? Was it long enough that they might already be moving around?

Apparently yes. The CDC said last Wednesday the exotic tick has been found in 11 states now. One is New York, where the Yonkers man lives, about 80 miles away from that infested paddock. At the time of the bite, he didn’t travel much: He hadn’t been outside Westchester County in a month. He wasn’t all that outdoorsy either.

But when investigators inspected the man’s house they found ticks and tick larvae all around it. Unsettlingly, they also found ticks where existing science says ticks shouldn’t be: resting in full sun in the middle of a well-tended lawn, instead of in shaggy, shady tall grass.

The foreign tick had arrived without explanation, moved without notice, flourished in areas where it should not have been successful—and now was posing a possible human health threat.

The exotic Asian longhorned tick has been found in 11 states now.

“I’m alarmed,” says Bobbi Pritt, a physician and pathologist at the Mayo Clinic in Minnesota, who wrote a medical journal commentary reacting to the news of the bite, which was disclosed last month in a medical journal. “Though I’m not surprised. We knew this tick was here, we knew it had the capability of biting people based on its behavior in other countries. So now that raises a lot more questions.”

The problem is finding answers. It’s a truism among tick researchers that their work is underfunded compared with other insect vectors. After all, the US public health system was founded on fighting mosquitoes: The first local health department, created in Philadelphia in 1794, rose out of a devastating yellow fever epidemic the year before. The CDC itself emerged from a World War II program created to suppress malaria in the South, where the illness had wreaked havoc on war preparations, leaving soldiers unfit for duty and taking equipment manufacturing offline

To this day, the CDC maintains national maps of the ranges of different mosquito species. States, counties, and cities operate more than 700 mosquito-abatement districts, and the American Mosquito Control Association estimates those agencies collectively spend $200 million a year on catching, analyzing, and killing the bugs. Ticks don’t get anywhere near that kind of coordinated attention or money. The Entomological Society of America warned four years ago that the US needs comprehensive anti-tick strategies, but only a few states, such as New York in 2018 and Connecticut this year, have even created tick surveillance and control programs.

There’s good reason to do that: Ticks and the diseases they transmit—not just Lyme disease, but babesiosis, erlichiosis, anaplasmosis, and others—represent a huge public health problem. Last year, the CDC reported that cases of disease carried by insects tripled between 2004 and 2016; three-fourths of those cases were caused by ticks. In the period of that study, the CDC identified seven diseases that ticks pass to humans, several of them fatal, that were either brand-new, or new to the US.

When those diseases are diagnosed in people, the CDC requires them to be reported to the agency so the data can be summarized and mapped. But tick scientists such as Rick Ostfeld, a disease ecologist at the Cary Institute of Ecosystem Studies in New York, have said for years that what is most needed is routine catching and sampling of ticks themselves, as is done by mosquito control agencies, to figure out what species are hatching and what diseases they may carry.

At the moment, Ostfeld says, tick surveillance is driven by the interests of academic scientists. “It’s very much a patchwork,” he says. “You tend to find ticks in the study sites of people who are looking for them, but that leaves vast parts of the country completely unstudied.”

Ben Beard, a medical entomologist who is deputy director of the CDC’s division of vector-borne diseases (“vector” is shorthand for “insects that transmit diseases when they bite”), says that is beginning to change. “We have funded state health departments to begin efforts for tick surveillance,” he says.

The primary source is a CDC program called “epidemiology and laboratory capacity funding,” which sends about $200 million a year to all 50 state health departments; $16 million of that goes for all diseases carried by insects. Until recently the funds were locked to specific projects, but this year the CDC agreed to allow states more latitude in how they spend the money. The result will be a map, by state and possibly by county, of ticks and the pathogens they carry, which the CDC plans to publish once a year.

Beard said it isn’t possible to say at this point how many jurisdictions will choose to concentrate on ticks or how much of that $16 million will be spent on tracking them. So the surveillance picture is likely to have gaps, but “over time it should transform the patchwork to something that is more systematic and complete.” (The CDC has also funded five “centers of excellence” at universities to increase work on diseases carried by insects, including ticks.)

That’s a beginning—though, given the speed at which ticks are emerging and tickborne diseases are increasing, it seems likely not to be enough. What’s needed are investments in tick biology and ecology, and investigations into how ticks arrive in new territory and what carries them around.

The CDC’s data, limited as it is, shows that ticks are getting ahead of us. It’s past time that we tried to catch up.