Watching Our Weight Could Be Killing Us 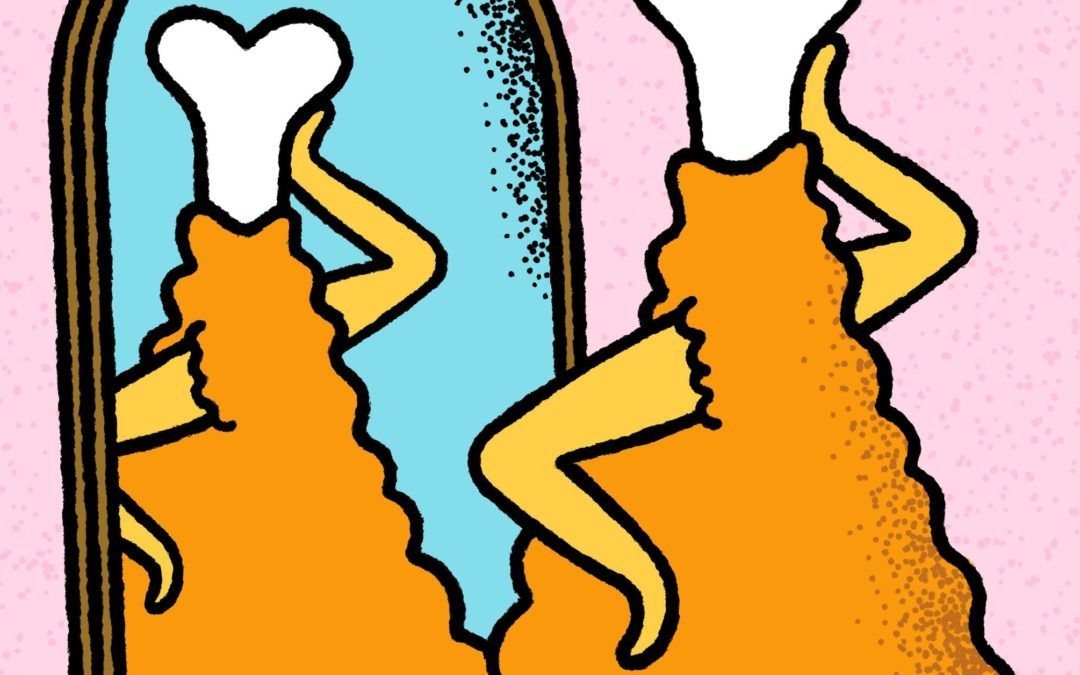 Quote-unquote unhealthy food. That’s how Christy Harrison, one of a new group of rogue dieticians, describes Chicken McNuggets. I can’t get enough of how she, formerly a food purist and determined orthorexic, uses that quote-unquote locution on her podcast Food Psych, a deceptively sweet piece of heresy that takes aim at the pieties, sophistries, and perils of diet culture.

At its heart, Harrison’s podcast is an intensive project of pop deconstruction—and if liberation is your goal, it works. It’s ecstatic. It’s terrifying. But while an antidiet project can almost certainly make you happier, freer, and more productive than you are now, you may also be fatter. So there’s that.

A podcast about dieting that might lead to weight gain? Yes, I realize: no. But a friend pushed Food Psych on me, and now I never miss an episode. What once sounded to me like modish self-help has become an authentic philosophical endeavor, chronicled in academic papers, podcasts, books, and social media. At the same time, in seeming to put up for grabs the self-evident connections between food, weight, and health, it can smack of disquieting science denialism.

I’d argue it’s not, and I’m prepared to spell that out. In the past 15 years, public health journals have steadily documented the health risks posed by food restriction. Moreover, the antidiet project is above all a cultural one—a breaking of chains that makes a priority of sustained mental health over the illusion of bodily thinness.

The work of the antidiet crowd asks anyone touched by diet culture to entertain the possibility that body weight doesn’t, in itself, cause health issues. Some activists challenge dieters to exit the cult of food restriction by doing rad things like skipping the gym and eating salty, fatty, sugary fast food (including McNuggets)—whenever the spirit moves you. As rites of passage into freedom go, this one is pretty great and includes the jubilant breaking of a legitimate taboo. For chronic dieters like myself, it also demands a measure of courage. Because, let’s face it, in eating trans fats you’re not just preempting your chances of ever matching Balenciaga’s beauty ideal. You’re crossing the World Health Organization, which still maintains that fast and shelf-stable foods are unsafe at any dose.

To me, the most staggering scientific suggestion in the antidiet movement is that there might not be a causal relationship in the familiar correlation between higher body weight and health issues. According to figures like Harrison, the one thing we can say for certain about people who get labeled “fat” is not that they have deposits of adipose tissue that interfere in observable ways with heart health and blood sugar. What we can say is that fat people in America, number one, experience weight stigma and, two, are always or often on diets.

How could these slippy-slidey phonemes about diet culture ever have had any moral sway over me?

Weight stigma can be brutal, dramatically affecting everything from work and travel to romance. At the same time—rather than sadistically goad people in bigger bodies into some mythical food regimen that turns them thin for good—it “poses serious risks to their psychological and physical health,” according to a 2010 paper in the American Journal of Public Health. The risks of weight stigma might even be greater than the risk of weight itself.

Then there are the dangers of dieting. According to studies in the American Journal of Physiology–­Endocrinology and Metabolism (2014) and Evolution, Medicine, and Public Health (2016), food restriction of almost any form—famine, elimination diets, wellness diets—routinely upsets hormonal regulation, potentially setting off serious mental and physical health problems and, paradoxically, weight gain.

Some of Food Psych’s experts identify as fat. Some must regularly check their “thin privilege.” But in keeping with the rigor of their critique, “thin” and “fat” are recognized as cultural conceits without objective correlates. So diet critics decline to use numbers like pounds, calories, or dress sizes to identify bodies. For those who have long attended compulsively to body size and its relation to food purity, categories, and quantity, numbers seem to shimmer with moral significance—and the ever-present possibility of moral failure on the scale.

A central aim of the antidiet project is to divest the language of bodies and food of all its moral content. That’s why the critics focus so hard on language. Harrison just won’t let the words “healthy” or “unhealthy” (or for that matter “wellness,” “overweight,” or “clean eating”) slip the bonds of her pointed quotation marks. And to hear her take her rapier punctuation to the truisms around food, bodies, and exertion is to feel the wires loosen in your head. Quote-unquote overeat. How could these slippy-slidey phonemes about diet culture and the body ever have had any moral sway over me?

Pulling the pins out of tenacious cultural conceits can start anywhere. You can confront what seem like immovable beliefs about justice, nationhood, money, almost anything—and find they’re not as solid as they seem. I finally took in, on Food Psych, the idea that body size and food consumption might, just might, not be the be-all and end-all of health and well-being, and that worrying about body size and food consumption—and haphazardously dieting in sync with those worries—might be compromising, rather than improving, my life.

Another important component of freeing oneself from diet mentality is, like it or not, Instagram. It seems that skipping the notorious thin­spiration accounts, which show skeletal bodies to inspire dieters, and instead following feeds that show portraits and selfies of people in bigger bodies opens the eyes. Cellulite—that invented disease—comes to seem somehow lacy, as writer Brianna Snyder puts it. Bat wings and saddlebags and muffin tops—gaze long enough and it just happens: Those bodies come to appear beguiling, nurturing, aspirational. You start to crave ease rather than emaciation.

But even if you can warm up to the idea of beauty at any weight, what do you do about eating? Isabel Foxen Duke, an especially acerbic diet critic, has one powerful suggestion. Never eat anything while resolving not to eat it ever again. With this, she submits another word for deconstruction: “tomorrow.” Anytime you’re eating something while telling yourself you’re not going to do this tomorrow, she says, you’re in peril of mental poisoning. Probably you’re pumping out sickening cortisol, but at the very least you’re pumping out thoughts: What I’m doing now is shameful, horrible, “unhealthy,” and I won’t do it tomorrow. When you do, you deepen your own sense that you can’t be trusted, that your appetites are excessive, thereby interfering with the dynamics of tasting, swallowing, digesting, and even liking food.

Definitely radical. Maybe too radical. For those of us who have come to believe we’d fall off the edge of the earth if we ate freely, what can we truly expect from renouncing dieting? The answer from Foxen Duke is simple: If you’ve been seriously restricting, your body may become bigger. If you’ve been bingeing in response to earlier deprivation (a “diet”), your body may become smaller. In either case, you’ll see that the pounds of flesh you’ve given your years and money and work to losing and gaining and losing and gaining are hardly catastrophic. They may even be lacy.

Virginia Heffernan (@page88) is a regular contri­butor to WIRED.

This article appears in the February issue. Subscribe now.