Will Identity Politics Force the Stubborn Mind to Adapt? 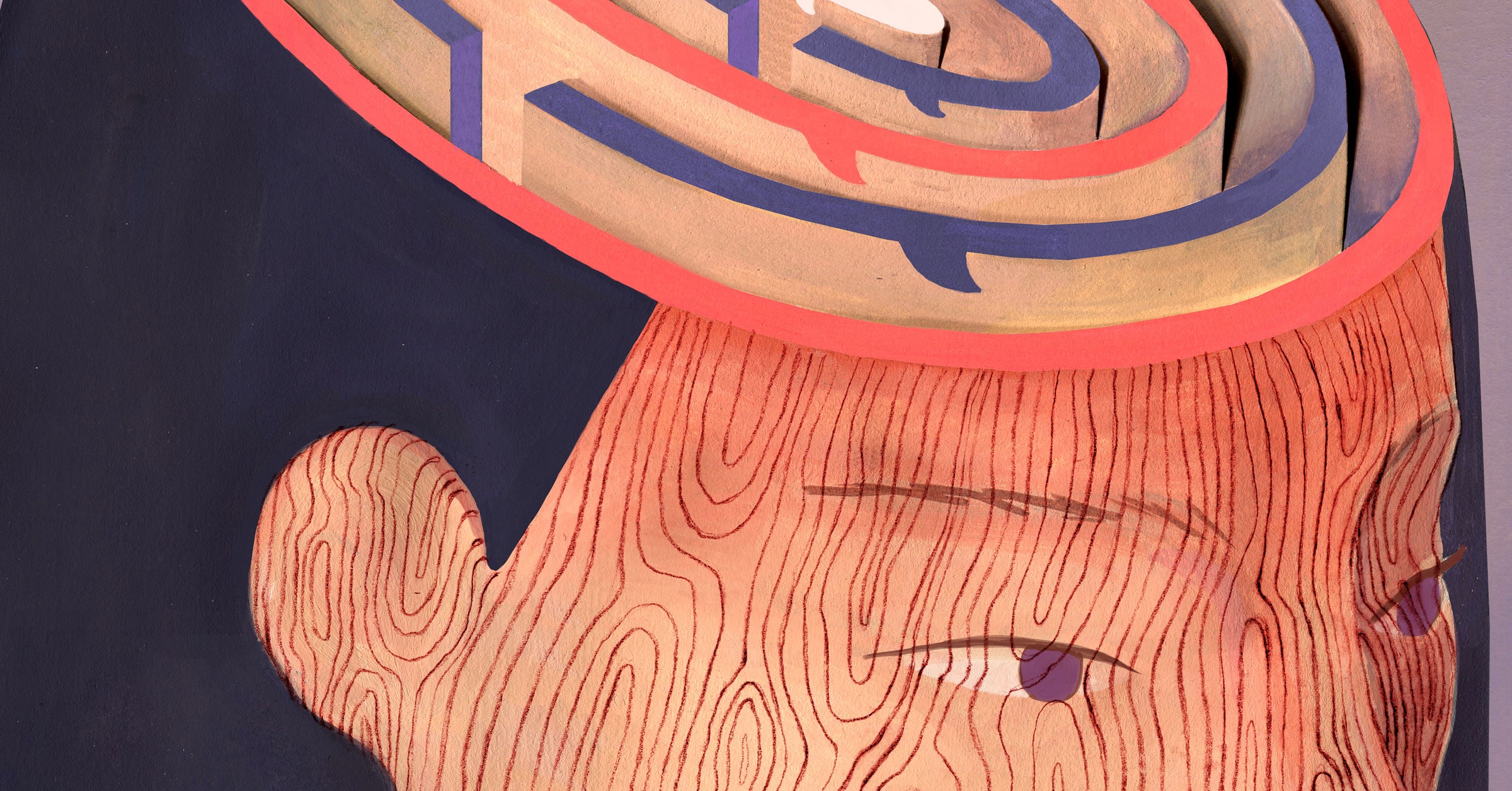 I have a new friend, Melissa, who goes by “they.” Singular “they” has existed since Chaucer’s day, but for the past five years it’s been pressed into service as an epicene, addling reactionaries. I know others who use “they,” but with Melissa, rather than merely play the deferential ally, I’m determined to give my pal’s pronoun my all, to use the “they” with gusto, and to put my linguistic skills where my convictions about identity are.

Narrator: It didn’t go as planned.

Melissa told me that coming out as they at 35 was much harder than coming out as gay at 19. Friends and family seemed to want credit for their forbearance with Melissa’s first coming out, and now some acted inconvenienced: It’s always something with you. But for Melissa, “they” was the pronoun that made sense, evoking the liquidity, expansiveness, and even plurality they experience. I envy Melissa both for their integrity and fearlessness, especially in a time when some 40 percent of nonbinary youth are subject to violence, according to a 2017 study by the Human Rights Campaign Foundation.

Melissa’s Twitter bio suggests “they/them” but offers no instructions on how to conjugate whatever verbs might arise alongside “they.” I’ve been defaulting to the third-person plural. “They are” and not “they is.” Melissa, who emphasizes that people choose “they” for a wide range of reasons, identifies as multiple, a Whitmanesque body electric, a person—like Cleopatra and maybe like every one of us—of infinite variety.

But then good intentions collided, sharply, with reality. I went into my pronoun project with confidence, but quickly hit a wall: The singular “they” brought my synapses up short. At first, in fact, the pronoun was an authentically hard hit—and forced me to find some mental plasticity amid what often feels like sclerosis. The challenge to loosen up conceits around gender, a challenge I long ago accepted, has slid into one I haven’t: to reconsider number, to consider that one person might contain multitudes. At that thought, I moped a little. Melissa is many while I’m just one. Do they get more votes or dessert or say than I do? See how the resentment starts? I’m game. At a loss. But game.

Quite literally, I am at a loss. When I go to recruit from the recesses of my noggin a plural singular, I find nothing. It’s like doing sit-ups after giving birth; my abdominal muscles were just … not there. Rummaging around in my brain, sure, I find other junk, long obsolete and in disgrace. There’s “gyp” for “rip off,” “girl” for “woman.” But no “they” for Melissa. I’m gonna have to build this thing from scratch.

Before most English speakers even learn the alphabet, “they” conjures two or more: a gathering of friends, possibly an army of Orcs. But to change what the word denotes, I find I’m doing one of those excruciating but small physical exercises to correct, say, a tilt of the foot. To turn an ankle a quarter inch is simple, barely noticeable. What’s painful is how aware it makes you of the intractable habits of the bones, muscles, tissue, and central nervous system.

And then, whether with pronouns or pronation, an electric signal between synapses likes to slip back into its rut, like a bowling ball bound inexorably for the gutter. Pronouns, especially, lay down a heavy, heavy groove. From the start, a “he” accumulates an unmistakable vibe. A “she” sits in the thicket of the mind among other, equally dense associations. Neurons that fire together wire together, to paraphrase neurologist Donald Hebb. “They” and “more than one” have been firing together in me for 47 years; they’re every bit as entwined as, oh, the idea of “pink” and “girl” or “blue” and …

I’m sometimes reminded of a line from a miniseries called Goliath in which a Billy Bob Thornton character—old, drunk, alone—bellyaches that his moldy come-ons don’t work anymore. This would depress any old man, but the Thornton character bypasses his pain at being rejected in favor of the stock geezer complaint about political correctness. “You can’t say shit to anybody. You can’t even be a fucking human being anymore. You know what I’m saying? How are you supposed to be a human being?”

Heard as a lament for the heyday of skirt-chasing, this is not much; heard as the character’s anguish over his brain’s paralysis—he can’t speak, can’t say shit—it’s sadder. He can’t sing his old songs. He can’t master the new ones. Mute, and feeling silenced, he feels as if he has lost his humanity. This is the tragedy of aging: Your body and ideas atrophy, while the world is as multifarious, as changeable, as nonbinary as ever.

Sign up for the Daily newsletter and never miss the best of WIRED.

Cognition is fundamentally conservative. Our better angels may want us to charge into the future like Alexandria Ocasio-­Cortez, to flip our circuitry apace with social change, to respond to newness with alacrity. But old brains balk at new tricks. For me, I’d become ashamed by my inability to adapt to new grammar. If I didn’t learn it, my failure would soon exact social costs, registering as unintended dis­respect—or worse, bigotry.

And that’s why, while trying to shake awake my stubborn left brain, I’ve begun to wonder whether resentment over new populations, new idioms, and new dialects—xenophobia and bigotry—is grounded, in part, in shame over cognitive limitations. Is it possible some would rather be known as racists than as cognitively ossified? They can’t tell the age of people of other races; they can’t distinguish among them any more than they can tell the trees in a forest apart. They can’t remember the letters in LGBTQ; they don’t know what words or gestures to use to express sexual interest in someone in 2019. So they cry out in pain like the character in Goliath, blaming political correctness for their mental decline.

I’ve hit against this myself: The shameful temptation to hide my mental lethargy by lampooning identity politics the way Christina Hoff Sommers or Tucker Carlson or Mark Lilla might—rather than do the hard work of getting the recalcitrant mind to adapt already. But, come on, I can’t do what I did with skiing: slag off a whole human endeavor as elitist only because I suck at it.

The biggest surprise, though, has been that I alone seem to panic over my verbal klutziness. Melissa doesn’t mind it. Our friends don’t. When I use “she” by accident, I’ve decided not to consider myself immoral or even impolitic, just … slow. But sincere. And committed to learning this new grammar—and its implied post-structuralist worldview, as well as the many-in-one, something akin to the absorbing paradox of Christianity’s Trinity.

The other day, my teenage son asked for “a curmudgeon of cake.” He meant “smidgen.” He laughed as hard as I did. He did not feel stupid. He was experimenting, improvising, seeking rather than fearing correction. That’s it: This challenge of Melissa’s “they” has made me childlike. And in that way, I feel more, not less, like a human being.

This article appears in the March issue. Subscribe now.