Your Food Isn’t ‘Natural’ and It Never Will Be 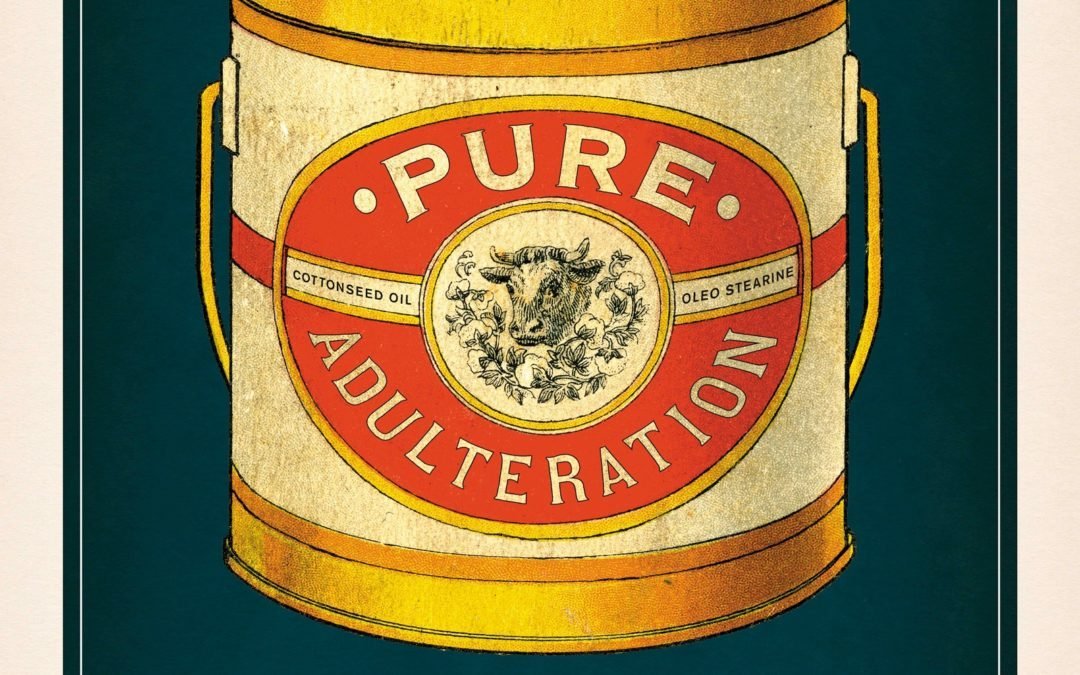 A friend wrote to tell me about fake green olives. When you write a book about adulterated, contaminated, and fake foods, you get a long list of examples from everyday news in your inbox. I started a running tab of these messages, before quitting after it topped 100. The list ranged from ersatz spinach, calamari, whiskey, pomegranate juice, olive oil, and honey to bogus coffee, almond milk, parmesan cheese, wine, chocolate, cantaloupe, and cereal. I’d sometimes get notices of GMO-related controversies too, because people weren’t sure how to fit the genetically modified foods into a real/fake schema. I think they wanted me to say whether these would be OK to eat, but all I thought was: Who decides what counts as “genuine,” and what assumptions are they using?

I’ve since moved on from the list, bookmarking the Food and Drug Administration’s section on the Recalls.gov website, with its near-daily notices of contaminated or fraudulent foods. It got tiring. Rebecca Solnit once wrote that “none of us is pure, and purity is a dreary pursuit best left to the Puritans.” Yet the fight for pure food would seem to be never-ending. 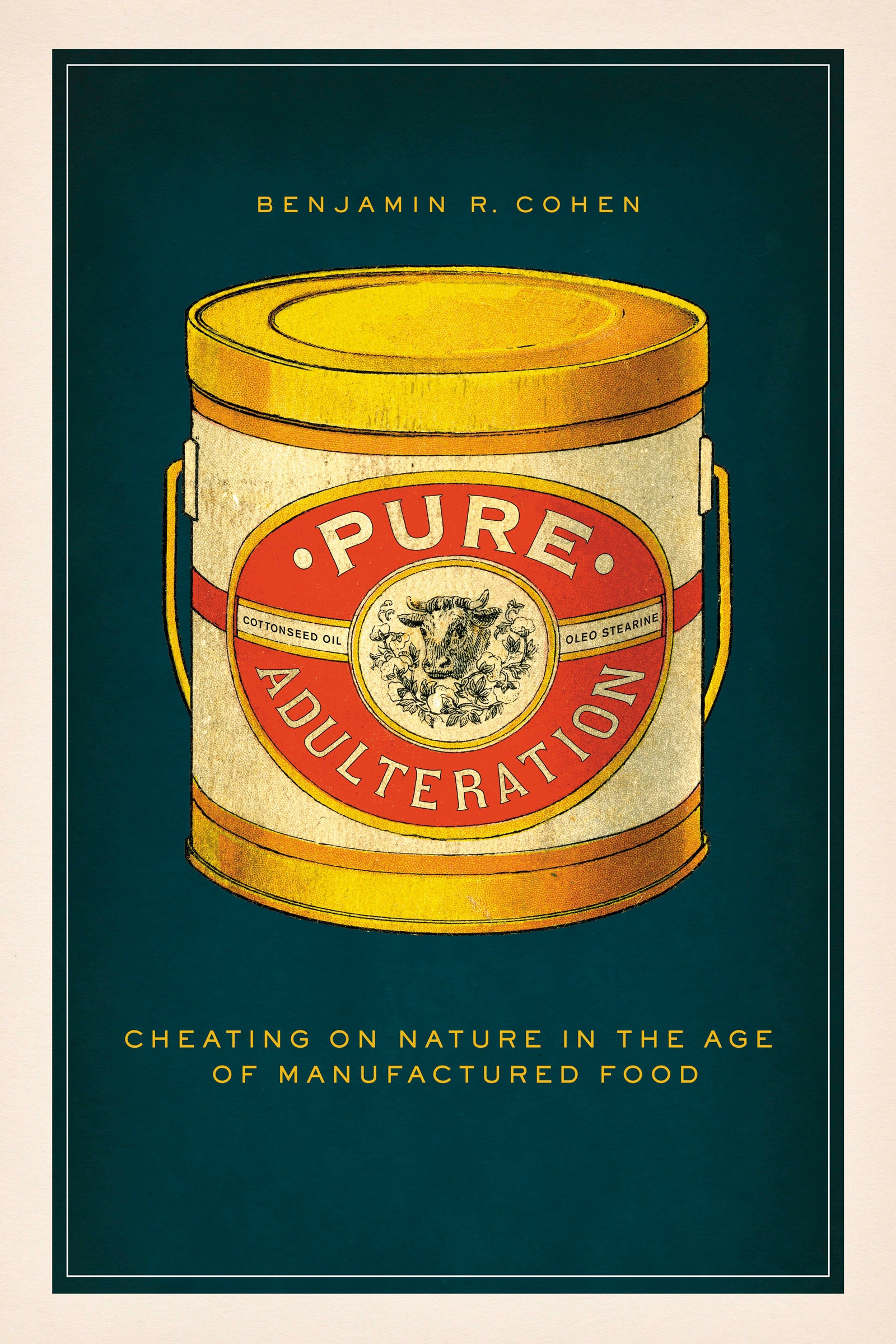 Courtesy of University of Chicago Press

Buy This Book At:

If you buy something using links in our stories, we may earn a commission. This helps support our journalism. Learn more.

My catalog of food-identity angst was full of echoes from the past. Two hundred years ago, Fredric Accum became the first chemist to tabulate a list of food grievances into a book. A Treatise on Adulterations of Food, and Culinary Poisons (1820) called out “counterfeiting and adulterating tea, coffee, bread, beer, pepper, and other articles of diet.” Accum framed the problems in starkly moralistic terms: nefarious, mercenary, criminal, unprincipled, fraudulent, and evil. And that was just the preface. He drew his biblical epigraph, “There is death in the pot,” from Kings 4:40. His frightening cover graphic showed a hollow skull and intertwined snakes. This would be the tip of the spear: In the decades ahead, a new library emerged of anti-adulteration, pro-purity compilations.

By the end of Accum’s century, grocery shelves had created a world so full of suspected fakes and frauds that consumers thought the problem was getting worse. By then it was the Gilded Age, after all, where a layer of thin gold disguised the true rot and corruption festering just below the surface. Accum’s worries over bulked-up coffee, bread, and tea seemed quaint beside the newly apparent risks of tainted food. Watered-down ingredients were one thing; having arsenic in your chocolate or borax in your beef would be a notch more disconcerting. Yet they all fell under the umbrella of food fears. Anti-adulteration advocates doubled down on moral religiosity in their call for pure food “crusades.” At root was a matter of confidence and faith. For them, trusting food meant trusting people.

Bees feeding on effluent streams from an M&M candy factory were producing honey that was green, red, and blue. Did that count as adulteration or not?

To foster that trust, Congress tried to pass “pure food” legislation, making 190 attempts over the last quarter of the nineteenth century. They finally got it through in 1906, with a decisive shove from Upton Sinclair’s The Jungle, the US Department of Agriculture’s Harvey Wiley, and the weight of precedents from numerous European countries. That Pure Food and Drug Act of 1906 would lead to the modern FDA. We could trust them. There were back-slapping celebrations. Finally, the scourge of counterfeit and adulterated foods was over.

Today’s food fears are likewise premised on the same idea, that we aren’t really eating what we think we are. According to one story that was sent to me, researchers found a compound common in yoga mats, azodicarbonamide, in 500 food products, including bread. Although it wasn’t clear that the compound’s presence is necessarily bad for your health—in fact, it isn’t—the multisyllabic mystery substance was guilty by chemical association. A superficial logic that if it’s not “from nature” it must be bad suffused the discussion.

Maybe it was easier to pass such judgements on the Pennsylvania cheese company busted in 2016 for doctoring their so-called “100% Pure Parmesan” with wood pulp. Another case, involving honey, was far less clear-cut. Bees feeding on effluent streams from an M&M candy factory were producing honey that was green, red, and blue. Did that count as adulteration or not?

The story of the fake green olives was perhaps most telling as a comment on the contemporary balance of food, trust, and authenticity. My friend, I was told, had pulled the lid off of a slow cooker of chicken and vegetable stew that she’d been simmering all day. She let the burst of steam wisp away and stirred the cooker with a wooden spoon, revealing a weird sheen on top. After turning on the overhead kitchen lights for a clearer view, she saw that the whole stew looked green. Spooning out pieces of chicken revealed bright green smudges on their sides. The only green items in the entire dish were olives from the Italian butcher down the street. It seemed clear that these had been dyed at some point before they were bulk packed from a mysterious, hidden vat in the back room of the shop; and that the long bath in the crockpot had released the dye. Puzzling through the confusion of a green-sludge stew led her to conclude that “the guy who sold these olives was definitely a huckster, and these olives were definitely adulterated.” She tossed the stew, but was unable to shake the idea of a long conveyor belt of olives running beneath a line of spray nozzles dousing them in green paint.