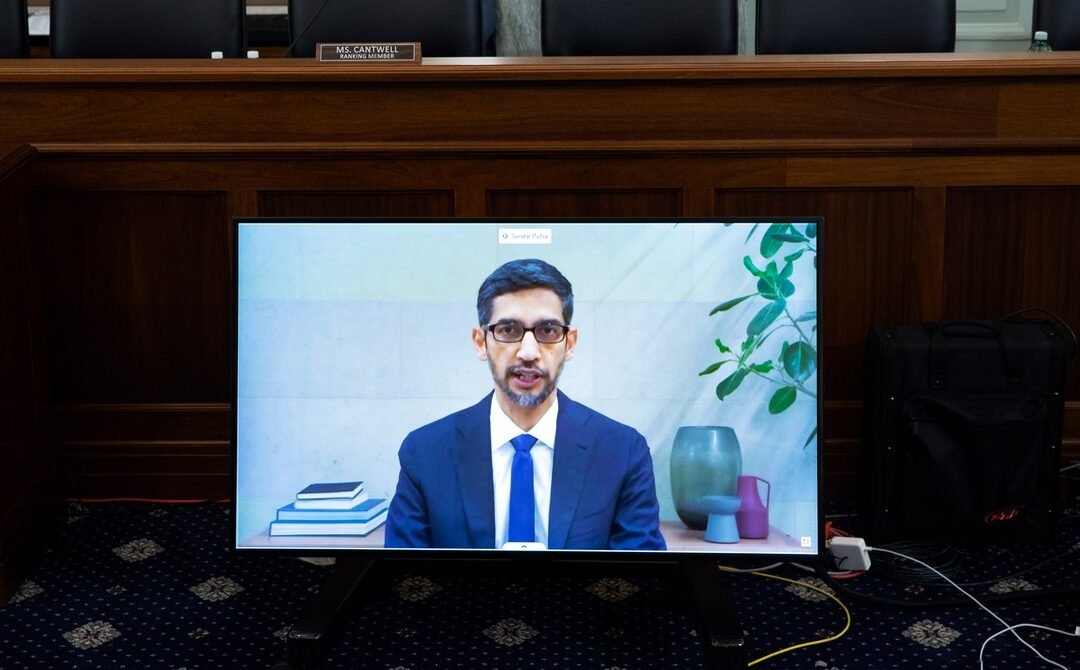 On March 25, the CEOs of Google, Facebook, and Twitter will once again testify before a committee of the House of Representatives, this time about the spread of disinformation on their platforms.

Disinformation about Covid-19 has undermined the country’s response to the pandemic. Disinformation about the 2020 election led to the January 6 insurrection at the Capitol. In both cases, internet platforms played a role in amplifying and spreading that disinformation. If past testimony is any guide, on Thursday the CEOs will dissemble and promise to follow up with better answers to any question they do not want to answer in front of cameras. Nothing will change.

Congress has a duty to investigate internet platforms, but the timing could not be worse. The top priority for the White House and Democrats in Congress is to end the pandemic, followed by minimizing its economic damage. Passing the American Recovery Act is a great accomplishment, but the pandemic exposed structural weaknesses in the economy that call for a huge investment in infrastructure. Then there’s the matter of restoring democracy and voting rights prior to the 2022 midterms. These priorities will leave little time for much else, even an issue as urgent as reforming internet platforms, which have undermined democracy and public health to a degree unprecedented in generations, if ever.

Fortunately, there are two options to buy time, neither of which requires congressional action. It merely requires the government to apply regulatory tools that do not get used frequently, namely subjecting business executives to felony prosecution.

The first option is an antitrust case against Google led by the attorney general of Texas that alleges a price fixing conspiracy in digital advertising. The complaint names Facebook as a co-conspirator. Price fixing falls under Section 1 of the Sherman Act, significant because it does not require proof of harm. The attempt itself is a crime. And if, as has been alleged, there is evidence of an agreement for mutual legal defense, there may be a second count. When appropriate, executives can be subject to felony prosecution, punishable by up to three years in prison. Google denies any wrongdoing.

The Biden Justice Department has an opportunity to join the Texas case or to pursue its own case as a felony. DOJ can adds Google and Facebook executives to its criminal antitrust indictments. The situation warrants it, as the harms in question are the result of deliberate business choices. The threat of imprisonment might change the calculus for internet CEOs, creating for the first time an incentive to make the changes to their business model necessary to stop harm to public health, democracy, privacy, and competition.

The second option would be a securities fraud investigation by the Securities and Exchange Commission. For a decade or more, journalists have reported evidence of overstated user counts and advertising views by internet platforms. They assert that a material percentage of advertising clicks are manufactured by fraudsters exploiting the lack of transparency in digital advertising. The opacity of all digital ad platforms relative to traditional media and Google’s dominance of digital ad infrastructure have prevented a thorough accounting.

Advertiser complaints have triggered settlements with Facebook and Google. Lost in the discussion is the impact on investors, some of whom may have bought or sold stock based on inaccurate numbers.

Securities law requires public companies to report accurate numbers. For internet platforms, user count and ad views are key to investor sentiment, the latter an essential revenue driver. If ad views are overstated, then revenues must also be overstated. If the overstatement occurred over many years, with the knowledge of the executives, then the SEC has the option to pursue a felony case, creating legal jeopardy for senior executives who may face prison time. Such cases are not common, but the circumstances surrounding internet platforms certainly warrant a thorough investigation.

While it has not been a common practice to use felony cases to reform an industry, these are extraordinary times. The goal is not to put executives in jail, but rather to create incentives for good faith negotiation with corporations whose behavior poses a threat to society and the authority of the government.

The events of the past year have exposed structural flaws in the economy, the health care system, the electrical grid, and American politics. Some of these problems may appear to be less acute than the pandemic, but all require attention now. This poses a huge challenge for the Biden administration, which is hamstrung by 40 years of deregulation and underfunding of government institutions. They have to use every available tool.