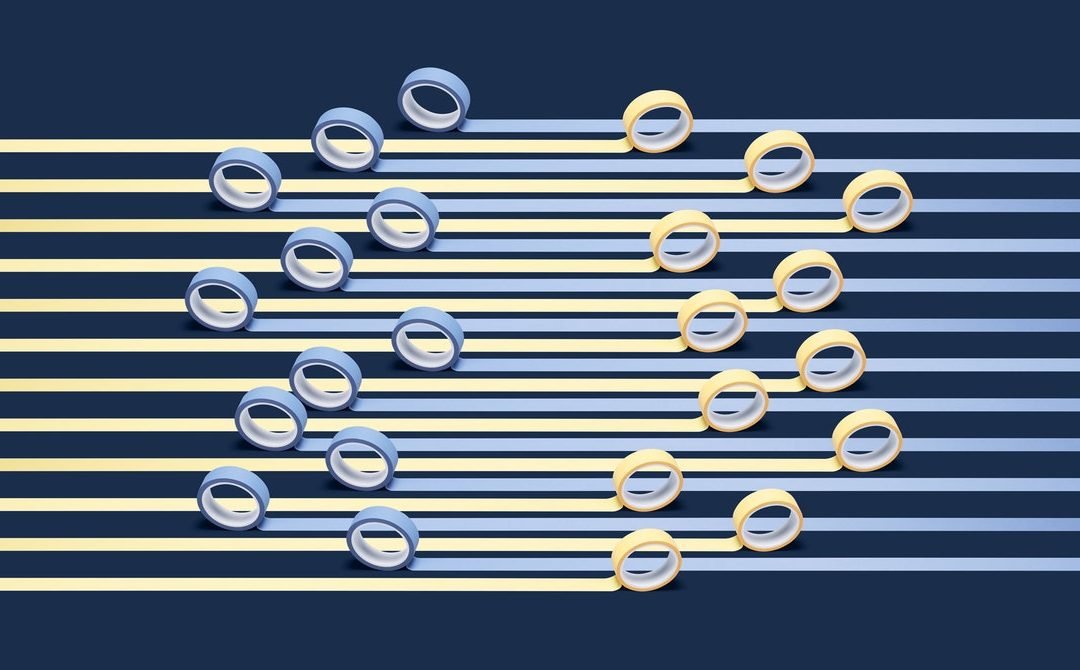 Taboola and Outbrain provide a different type of advertising: content recommendation ads, also known as native advertising, sponsored stories, or sponsored links. Both differentiate themselves from other digital advertising platforms, such as Google’s AdSense, by specifically focusing on increasing web traffic to other webpages, not to services or products. You’re likely familiar with Taboola and Outbrain’s product, known in the advertising industry as the chumbox. Typically, chumboxes are near the bottom or on the right edge of a page, and contain links to other sites, often using hyperbolic headlines and lurid imagery.

Despite the sensational content, many top news sites use the chumbox service provided by Taboola and Outbrain and have come to depend on it for revenue. A 2016 report by the nonprofit Change Advertising found that 80 percent of the top 50 news sites, including The New York Post, CNN, Business Insider, NBC, and Fox, used the chumbox, and the vast majority of those ads were provided by T/O. The combined corporation reaches more than 2.6 billion people each month, nearly half of the world’s desktop internet users and 89 percent, 86 percent, and 64 percent of all desktop users in the United States, the UK, and Germany, respectively. Of the 100,000 most visited websites, Taboola and Outbrain have a market share of 38 percent.

Why do serious news organizations include ads that are usually irrelevant to their pages and nearly always hyperbolic? For revenue beyond what Google and Facebook provide. Desperate publishers have turned to a service that likely degrades how readers perceive a publication. As one commentator stated, sites that use the chumbox “are playing a vast game of advertising arbitrage … They hope that they can make enough money from low-quality banner ads to justify the irritation and potential loss of traffic from users who hate them.”

But the merger between Taboola and Outbrain would only have exacerbated the harms that Google and Facebook do to the news industry. First, it would have profoundly concentrated the content recommendation industry, further shrinking the number of potential ad sources. Journalism organizations also have high switching costs with digital advertising platforms—whether with Google and Facebook or with T/O—because each advertising platform has to be integrated into a publisher’s website. These costs only amplified publishers’ fears that the merger would allow T/O to lower the commission rates that publishers receive for clicked advertisements—a form of price squeezing.

In the middle of the worst economic crisis since the Great Depression, and as Google and Facebook entrench their advertising dominance, the Department of Justice rubber-stamped the creation of another dominant corporation capable of diverting even more revenue from the news industry.

At a House Antitrust Subcommittee hearing in late July, bipartisan members of Congress lambasted Google’s and Facebook’s anti-competitive, monopolistic practices, which might give the impression that allowing Taboola and Outbrain to merge could have potentially dented the tech giants’ duopoly. It was a false choice the moment the merger was announced, and one that the UK competition authority understood when the agency’s investigation was initiated.

To survive and thrive, the journalism industry did not need a third dominant advertising corporation. Instead, publishers need more digital advertising competitors, so that news organizations are not forced to accept whatever crumbs the monopolists deign to proffer.

Breaking up Google and Facebook is the first and most obvious step. However, antitrust enforcers need to establish prophylactic policies that prevent corporations from becoming dominant in the first place. We need vigorous merger enforcement, which would have prevented consolidation in the digital advertising industry, the rubber-stamping the merger between Taboola and Outbrain, and the subsequent collapse of the business model of journalism. To enact these policies, federal agencies should establish bright-line merger rules that create an automatic merger enforcement regime not left to the discretion of agency officials.