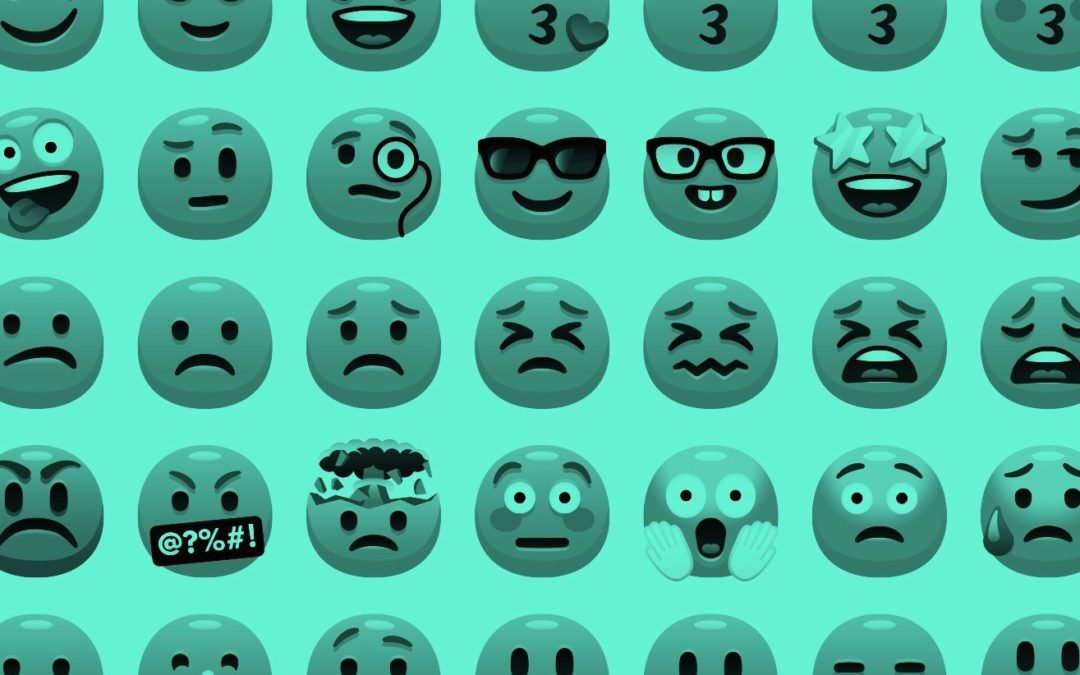 A couple of months ago, NPR reporter Lulu Miller tweeted a question. She knew a 5-year-old who was texting exclusively in emoji, and wondered if were there any studies about kids, too young to read, who used emoji to communicate. People wouldn’t stop tagging me in the thread, but we couldn’t find any existing studies, so I decided to run a survey and make a small corpus of my own.

I wanted to find out not only whether kids were texting emoji but which emoji, and why? How do they organize emoji into sequences and ideas, and how do these early ramblings shift as kids learn to read? So I asked parents and other people with young children in their life to copy-paste in a few examples of their kids’ electronic communication, with names and other identifying details removed. The results are charming and linguistically interesting.

Gretchen McCulloch is WIRED’s Resident Linguist. She’s the cocreator of Lingthusiasm, a podcast that’s enthusiastic about linguistics, and her book Because Internet: Understanding the New Rules of Language is coming out in July 2019 from Penguin.

When kids use emoji it may seem random—a bunch of silly pictures on a screen. But kids start out learning spoken and signed languages in a similar way: by babbling nonsense syllables, which teaches them the rhythm of conversation and trains them to make fine articulatory movements. The silly strings of emoji that young kids send could serve a similar purpose. By exposing kids to the rhythm of electronic conversations, emoji may be a useful precursor to reading—a way of acclimating kids to the digital reality of using symbols to communicate with people they care about.

But let’s start with the survey results. Yes, many preliterate kids send emoji-only text messages, and ages three to five seems to be the peak time for them. They’re often quite elaborate. One 5-year-old favored “any animal that pinches,” such as the following string:

A 5-and-a-half-year-old’s go-to emoji were “Animals, poo, unicorns, hearts.” A third kid of the same age was similar: “Unicorn. Poo. Lightning. Dinosaurs.” Younger kids didn’t have as clear preferences, but they were still emoji fans. Here’s a string of animals and hearts from a three year old:

These emoji texts are adorable, but as a linguist, I’m interested in what kids are trying to communicate. Many kids seem to be working their way through the emoji keyboard systematically. For example, several kids put the blue heart right before the green heart, which is also the order that they appear on in many emoji keyboard apps. However, kids are also willing to combine emoji from different sections, especially animals, foods, and hearts, which all appear in different screens of an emoji keyboard.

By exposing kids to the rhythm of electronic conversations, emoji may be a useful precursor to reading.

One thing is very clear: The kids don’t use emoji like adults or teens do. Overall, the most popular emoji are the face, hand, and heart emoji. While the kids use faces and hearts, hand shapes—like thumbs up ? and prayer hands ?—are not at all common for the younger set. Conversely, the kids use object emoji, like food and animals, far more than adults or teens do. Both kids and adults like happy faces, but their other face preferences are different: Kids don’t use the faces that convey a note of irony, such as the otherwise-popular tears of joy ?, loudly sobbing face ?, or thinking face ?. Instead, kids prefer faces with the tongue stuck out ? or blowing a kiss ?.

Kids also use emoji sequences differently. When mature emoji users use strings of emoji, they’re generally in groups of two to five, after a sequence of words, such as “I LITERALLY CAN’T HANDLE THIS ???” or “omg i love you ??”. When adults or teens create extended emoji-only sequences, they typically impose some rules on themselves: Either they try to recount a story for someone else to guess—a kind of emoji charades—or they try to create something aesthetically pleasing, as emoji art.

The WIRED Guide to Emoji

The kids, on the other hand, are less structured: The emoji take the form of a drawing, or a selection of stickers. The kids also tended to send longer messages, and were more likely to send the same emoji three or five or 20 times in a row.

As the kids got older and learned how to read and write, their emoji messages grew more sophisticated. A six-year-old and a nearly-seven-year-old, both fluent readers, sent messages containing both semantically appropriate words and slightly less-random strings of emoji, such as:

A few years later, kids seem to age out of the “strings of random emoji” phase entirely: a 10-year-old sent full English sentences, and her emoji-only messages used line breaks and spacing, to make sequences into borders and larger shapes, like a large face made out of face emoji. Several adults noted that their kids had simply stopped sending long emoji-filled messages once they learned how to read—surely reassuring for anyone who’s wondering about the future of the English language.

What can we make of the long-term effect on children of sending emoji? The true effect of these texts may be bigger than any single message. Studies show that kids don’t acquire a language just from media exposure—they need a person to interact with, at least to start.

In one study, researchers had 9-month-olds from monolingual English-speaking households interact over 4 weeks with research assistants speaking Mandarin. The research assistants would speak normal child-directed Mandarin to the babies, reading them picture books in Mandarin and playing with a few toys. Sure enough, those kids showed better recognition of Mandarin sounds than a control group who had come in and played with an English speaker. But then, the researchers played a second set of babies video of the same research assistants reading the same books and playing with the same toys in Mandarin. Despite the fact that this group had received identical input to the first babies, the babies who’d listened to the recordings didn’t show any improvement on their ability to recognize Mandarin sounds.

While kids who already speak a given language can learn words from watching children’s television programs, like Sesame Street and Mister Rogers Neighborhood, they don’t learn grammar or sounds from TV. And kids don’t learn much at all from children’s programming in a language they don’t already have real-life exposure to. There’s something really important about social interaction, and this carries over into emoji messages.

Sending long strings of emoji could be like digital babbling: the nonsense strings that get us used to how our bodies work and how to take turns in a conversation. The adults texting the kids back sometimes replied with emoji, but many times they also replied with words (“Hahahaha. Dinos and dino food!”) or a mix of words and emoji—even when the child didn’t know how to read yet. Presumably, the other adult whose phone the kid was using would read the words aloud.

Think what this is teaching kids about reading and writing. When I was a kid, the written word was a thing of picture books and stop signs and cereal boxes and ABC fridge magnets. Writing often came with colorful, child-friendly illustrations, but it wasn’t often created specifically for me. Writing was created by professionals or incorporated into a literacy lesson: Here’s a story about talking animals; here’s how you write your name. Writing wasn’t used to communicate with me—after all, why would my parents leave me a note before I could read it?

Kids still get picture books read to them. But now that we all communicate in writing so much more often, kids also read text messages. For a kid to get a text message written directly for them, and read directly to them, which they can reply to in some fashion, it teaches them something powerful about the written word—that it can be used to connect with people you care about.

(If you have your own text message sequences from young kids in your life, feel free to add to the survey here, and maybe we’ll eventually end up with enough responses to do some proper statistics by age group!)