Covid-19 Will Mark the End of Affluence Politics 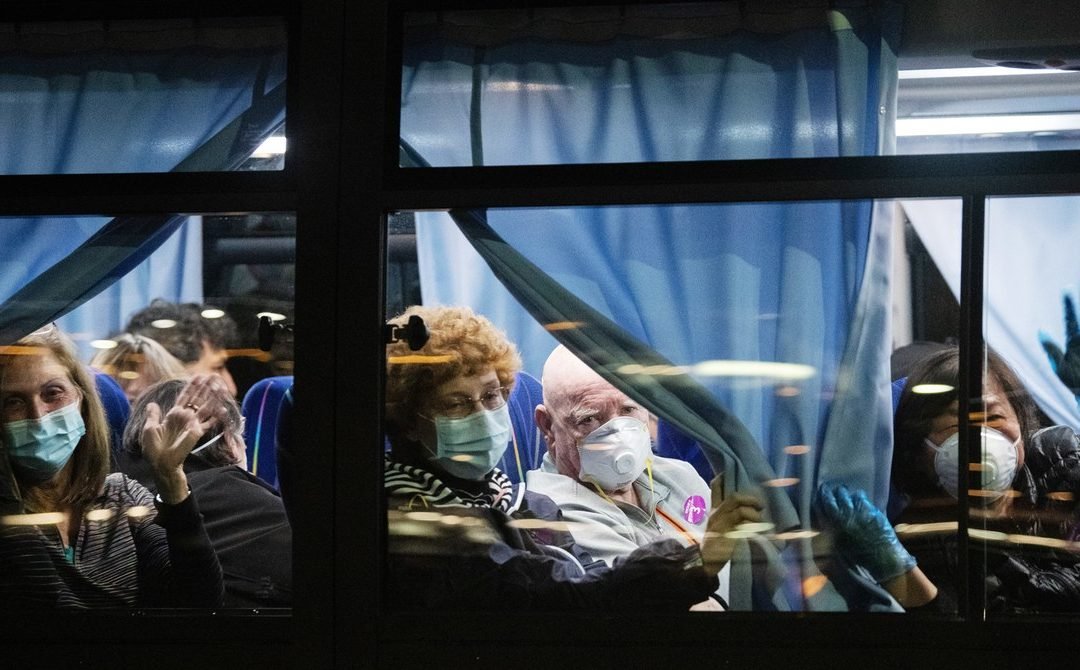 On Tuesday, President Donald Trump dismissed concerns about Covid-19. As he put it, the virus is “under control” in the US and the “whole situation will start working out.” But according to Politico, Trump is privately voicing worries that the impact of the virus will undermine his chances of reelection. His panicked actions of late—including preventing an American from being treated in Alabama, at the request of a fearful Senator Richard Shelby—confirm that this virus is a political event of the first magnitude. While few in Washington have internalized it, the coronavirus is the biggest story in the world and is soon going to smash into our electoral politics in unpredictable ways.

Matt Stoller (@matthewstoller) is the author of Goliath: The Hundred Year War Between Monopoly Power and Democracy (2019) and a fellow at the Open Markets Institute.

As Jon Stokes notes, we will, in all likelihood, be locking down travel in some areas of the US for several weeks, as they did in China. People may be advised against gathering in large groups. It’s not clear what any of this will mean for campaigning or primary voting, whether most of us will vote by mail or have our votes delayed.

Moreover, the coronavirus is going to introduce economic conditions with which few people in modern America are familiar: the prospect of shortages. After 25 years of offshoring and consolidation, we now rely on overseas production for just about everything. Now in the wake of the coronavirus, China has shut down much of its production; South Korea and Italy will shut down as well. Once the final imports from these countries have worked their way through the supply chains and hit our shores, it could be a while before we get more. This coronavirus will reveal, in other words, a crisis of production—and one that’s coming just in time for a presidential election.

We’ve been through something like this once before. My book Goliath describes the 1932 campaign for president, one that was carried out at the depths of the Great Depression and during an era when our productive capacity was shut down. Though the crisis at that time was caused by a banking collapse, not a pandemic, the political backdrop was analogous. Eighty-eight years ago, “old order” politicians, as they were known, proved unwilling—even in the face of crisis—to have the government apply its power toward the broader public benefit. Their recalcitrance prefigured, in certain ways, the reflexively libertarian thinking of today.

A toxic ideology invited disaster in 1932, as policymakers did little in response to the collapse of thousands of banks and businesses. At the depth of that depression, cotton hit its lowest price in 200 years and steel production fell to 15 percent of capacity. The situation became so desperate that in just one city, Toledo, Ohio, 60,000 of the 300,000 residents stood in bread lines every day. Children were competing with rats for food. And thousands were dying of dysentery. The politics too turned desperate, with one labor leader telling Congress that “if the Congress of the United States and this administration do not do something to meet this situation adequately, next winter it will not be a cry to save the hungry, but it will be a cry to save the government.”

And yet, the old order had no answers. Congress held hearings, but businessmen, academics, and bankers proffered only belt-tightening. Within the Republican establishment, President Herbert Hoover worked 18-hour days, exhorting confidence while refusing to take even basic steps such as having the government guarantee bank deposits. Instead, his administration’s army attacked hungry protesters in Washington, DC, a move that prompted an angry Republican congressman, Fiorello La Guardia of New York, to remind the president: “Soup is cheaper than tear gas bombs.”

Meanwhile on the Democratic side, conservatives and progressives in the party were locked in a bitter battle for the nomination. Many Democrats agreed with Hoover. Maryland governor and presidential candidate Albert Ritchie, for instance, argued that we should rely “less on politics, less on laws, less on government.” Another candidate, Speaker of the House John Nance Garner, claimed the greatest threat was the “tendency toward socialism and communism” and pledged a massive cut in government spending, as well as a sales tax increase. Others turned to extreme racism and xenophobia. Only Franklin Delano Roosevelt, who went on to win a contested convention, campaigned on aggressive government involvement in the economy—or as he put it, a “workable program of reconstruction,” which later became the New Deal.