Hamlet 2000 Has Never Made More Sense 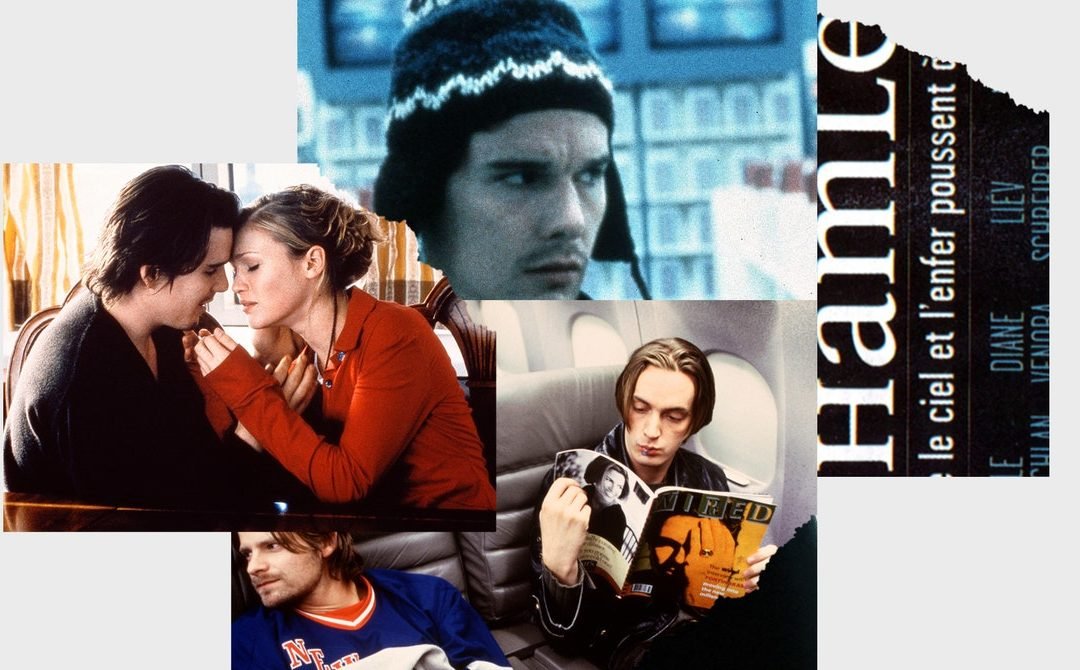 This year marks the 20th anniversary of Hamlet 2000, a stealthy masterpiece adapted and directed by Michael Almereyda. It drew admirers at the time, but everything was American Beauty in 2000; it won the Best Picture Oscar, and its star Kevin Spacey, in better days, won Best Actor, playing a middle-aged lech who lusts after a teenager and is somehow noble because of it. That film seems to close the coffin on a virulent 20th-century trope, born in 1955 with Lolita, that suggested child molestation by disaffected men represented the height of avant-garde rebellion. Hamlet 2000, by contrast, ushers in a new vision of existence as driven not by cruel male heroes but by screens that deliver humanity’s fragments back to us in slants.

If American Beauty is best forgotten, Hamlet in its 420th year should always be close at hand. Almereyda’s inventive film adaptation is particularly necessary now in plague times, when theaters are dark around the world, and our flesh is heir to the thousand natural shocks of this damned pandemic. Almereyda situates the play in New York City, where the centuries-old rot of Shakespeare’s Europe becomes the brand-new rot of the 21st century United States. Hamlet is a pre-Prozac indie filmmaker (Ethan Hawke), Claudius is a bluff CEO (Kyle MacLachlan), and Polonius is a washed-up comic (Bill Murray). For extra bittersweetness, Sam Shepard, who died in 2017, plays Hamlet’s father, the ghost.

Hamlet 2000 is a film of blue hallucinations and vertigo in a strange, nervous year that seems to prefigure the anguish that is 2020. Flashing slants of screens, reflections, and projections abound in Almereyda’s film, along with the uncertain transitional tech that defined the years of the so-called analog sunset. “The fact that much of this technology is now obsolete can make the movie seem both poignant and comic,” Almereyda told me recently, by email. In 1992, he made a film on a toy camera from Fisher-Price; the pleasure-pain of ephemeral technology is not lost on him.

A fake issue of WIRED also shows up in one scene, leafed through by Rosencrantz, or maybe Guildenstern. I asked Almereyda about it, and he told me its cover shows Casey Affleck as Fortinbras, the prince who makes Hamlet obsolete in the play, whom Almereyda conceives of as an “up-and-coming tech whiz, ready to take over the world.” Affleck in the cover image looks not unlike Mark Zuckerberg, but that couldn’t be; Zuckerberg was only 16 in 2000, and he didn’t start Fortinbras—er, Facebook—till four years after the film. Or did Almereyda know something we didn’t?

That’s the nature of this film. It represents humans and tech as on a collision course, just as Hamlet and Fortinbras are, and it seems to know much more than it should. Digital phenomena confront all the characters as they pace and stagger around the Manhattan of car phones, personal DVD players, video cameras, consumer tracking devices, Blockbuster Video. Offscreen but casting a long shadow are the Twin Towers, which were of course not yet murthered in the tragedy—if not a Shakespearean tragedy, maybe a Greek one—that would befall them the next year. New York here is, above all, temporary. Almereyda shot the film on film, but neither crude Super 8 nor glamorous 35 mm; he chose the betwixt-and-between 16 mm, which means that the look of the movie also seems to suit its liminal period in film history. Each of his subsequent films, including Tesla, which came out last year and also starred Hawke (as Tesla) and MacLachlan (as Edison), were shot on digital video.

Unless I missed it, the skyline never shows up in the film, which favors less familiar and tighter shots in Midtown and the East Village. So the World Trade Center really is another ghost. I tend to watch New York movies from the 1990s warily, in case I glimpse the towers in a skyline pan; those phantoms always look stupid and reckless in old movies, and I hate feeling impotent to warn them about what’s ahead. That the facts of 9/11 are known by everyone who sees Hamlet 2000, except those who saw it in its first 16 months before the attacks, adds heartbreak and vividness to the way it plays now. If you track depictions of New York City in film you may even find that Hamlet 2000 is best seen in expanding hindsight.