How States Can Join Forces to Expand Covid Testing 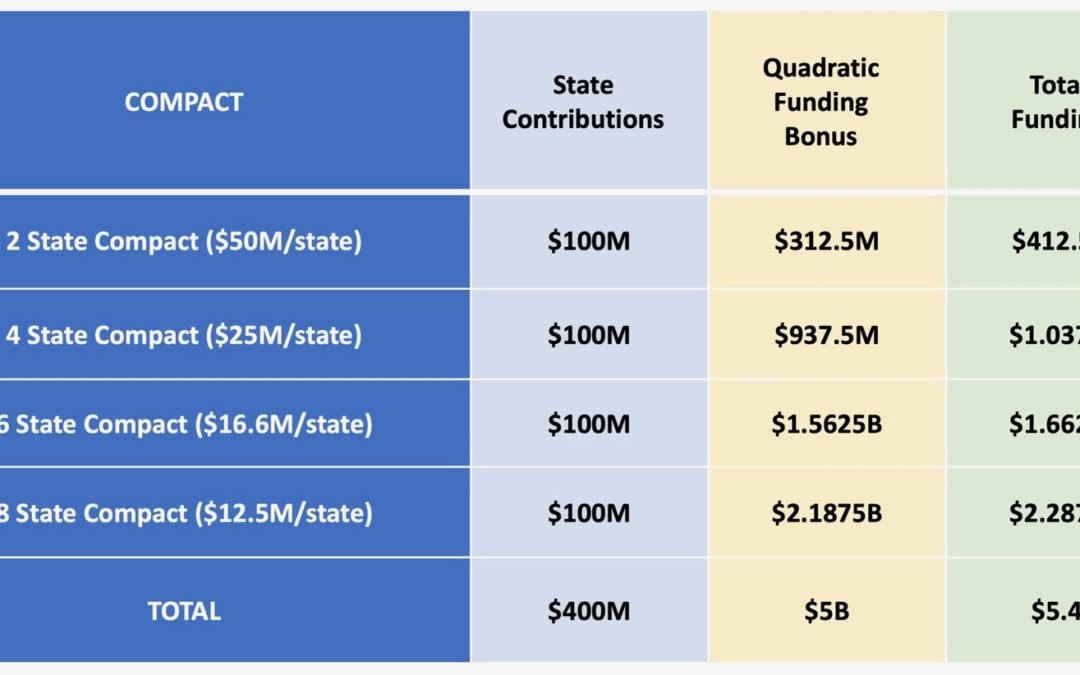 In response to testing shortages, the CDC—under direction from the White House—now recommends testing only the symptomatic. The fewer tested, the fewer bottlenecks. This means the virus will continue to spread unchecked through the asymptomatic, taking more lives and shuttering schools and businesses along the way. Luckily, there is an innovative financing system called quadratic funding that can spur the investments in testing capacity we need.

Proposed two years ago, quadratic funding has already been used to align incentives to build public goods like decentralized, open source software projects. Despite the geeky name, it has a simple fundamental logic: It rewards cooperation.

Puja Ohlhaver is a chief executive of ClearPath Surgical and member of the Harvard Edmond J. Safra Center for Ethics Rapid Response Task Force on Covid-19. Zoë Hitzig is a PhD candidate in economics at Harvard. She is the author of Mezzanine: Poems (Ecco/HarperCollins 2020).

Cooperation between states is key. With collapsing tax revenues, many states are cautiously buying only the tests they need today. This has led to volatile demand and expensive zero-sum bidding wars during outbreaks, where big states crowd out small states. States would be better off if they coordinated massive purchase guarantees to test suppliers, who would in turn rapidly build capacity at lower costs. The problem is states would rather conserve cash—pinning their hopes on a vaccine or breakthrough therapeutic—than contribute scarce funds for a demand shock.

The $50 billion bipartisan Suppress Covid-19 Act attempts to solve this collective action dilemma by carving out a $5 billion incentive for states that form interstate compacts to buy tests. This is a step in the right direction, but the incentive is flawed. States are rewarded in proportion to their population, so big states have incentive to form compacts with other big states, but not with small states. Quadratic funding could change this.

To illustrate how quadratic funding works, take a simple example. Say there are four compacts, each funded a total of $100 million, comprised of two, four, six, and eight states respectively. In quadratic funding, the $5B bonus pie would be divided among them in a 1:3:5:7 ratio. The smallest compact with two states would be rewarded the least ($313 million), the largest compact with seven states the most ($2.2 billion), seven times as much. 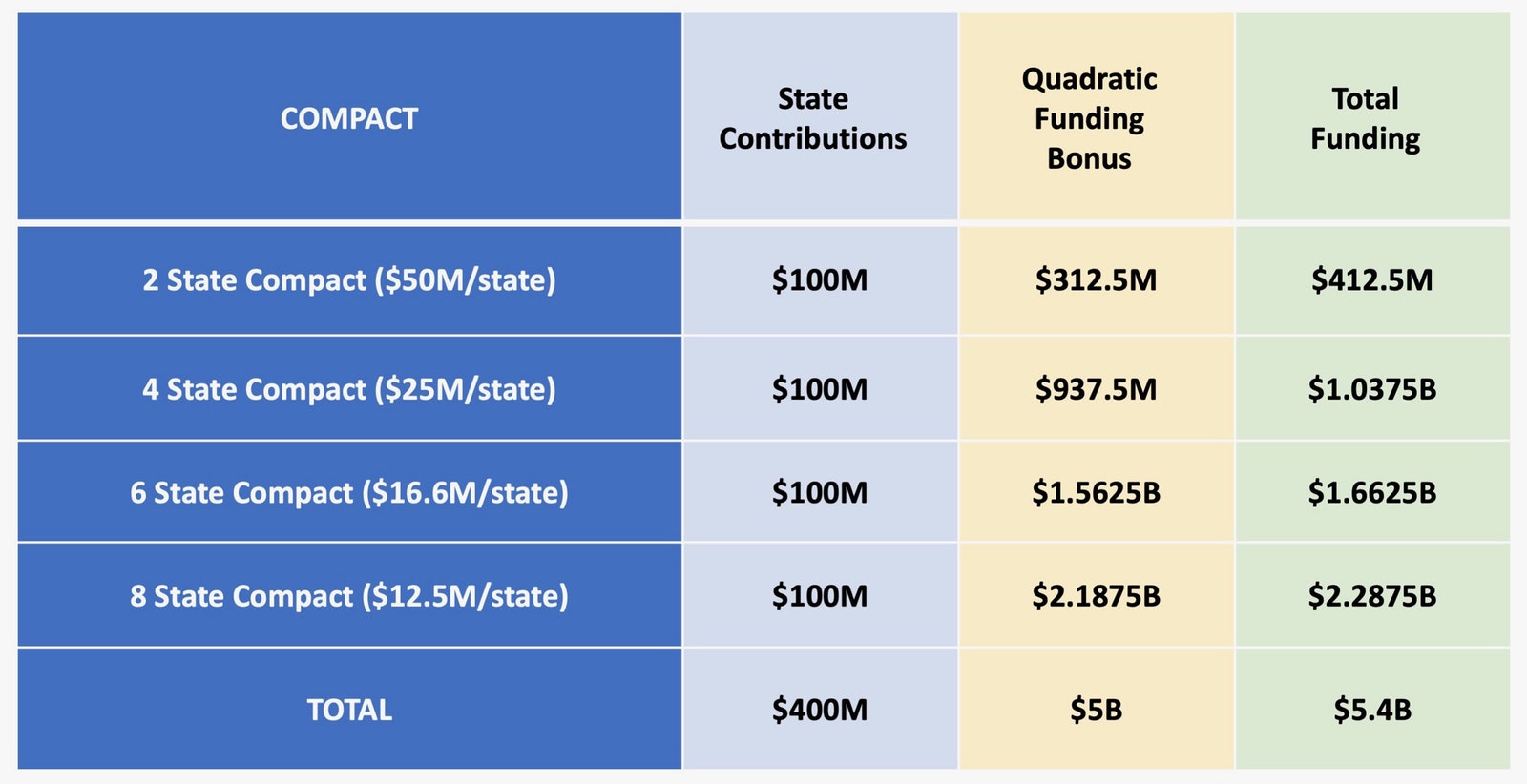