Nanoinfluencers Are Slyly Barnstorming the 2020 Election 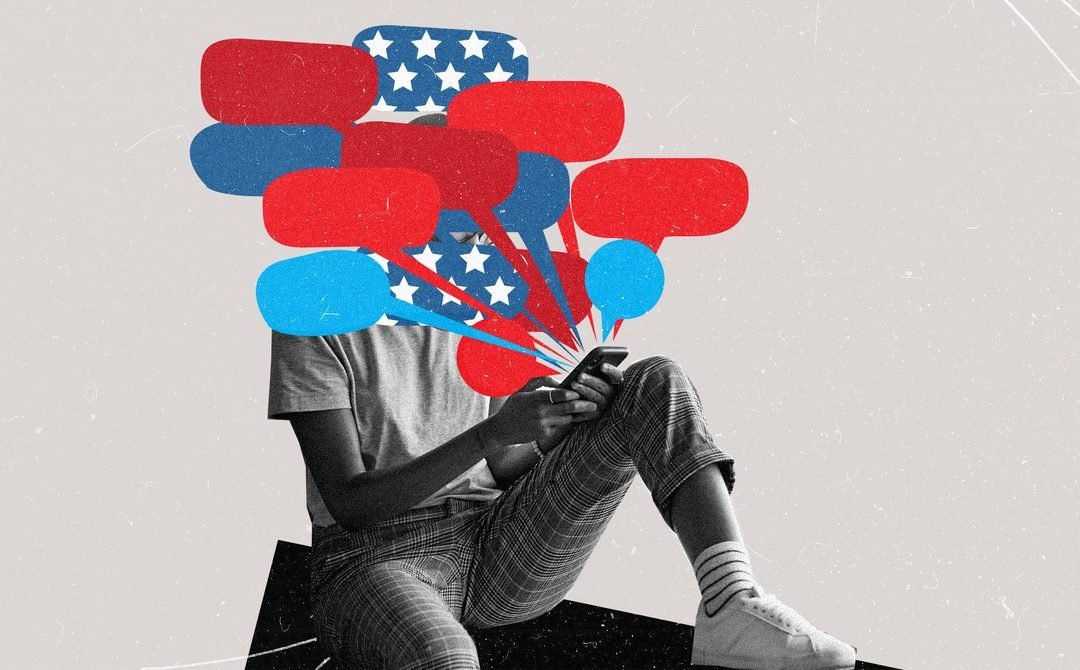 Gone are the simple days when we fought off armies of clunky and clearly fake bots trying to sway our votes. Now we face sophisticated and organic-seeming campaigns driven by people with an even more keen understanding of how to manipulate the flow of information. Check your feed: Partisan, paid nanoinfluencers may be your friends or people you follow.

This new culture of the partisan influencer, unsurprisingly coming to fruition in the US during the 2020 presidential election, underscores the challenges social media firms face in dealing with the sheer amount of propaganda flowing on their platforms. Concerns about how the actions of these users—and those who pay and organize them—might affect both public health and public opinion are all the more heightened as Instagram rolls out its TikTok competitor, Instagram Reels. Partisan influencers have told our research team that they’re eyeing this new space because it appears to have a more laissez-faire approach to content restriction than TikTok.

Katie Joseff is a senior researcher on the propaganda research team at the Center for Media Engagement (CME) at UT Austin. Prior to joining CME she was the research manager of the Digital Intelligence Lab at the Institute for the Future in Palo Alto, California. Anastasia Goodwin is a research assistant with the propaganda team at CME. Samuel Woolley (@samuelwoolley) is an assistant professor in the School of Journalism and program director of propaganda research at the Center for Media Engagement, both at UT Austin. His new book, The Reality Game: How the Next Wave of Technology Will Break the Truth, discusses how we can prevent emergent technology from being used for manipulation.

Over the past year, we’ve been studying the ways in which social media influencers are being leveraged by political actors across the political spectrum. Quantifying their scale and engagement rates on Instagram is difficult, for several reasons: (1) There’s lax enforcement of influencers noting when they post advertisements. (2) The “paid partnership” disclosure is itself opaque—clicking the label takes one to the company’s or campaign’s page, but doesn’t show other posts from the same campaign. And (3) the Instagram ad library is frustratingly glitchy and difficult to navigate, and, more concerningly, it doesn’t include sponsored posts from influencers unless the platforms were paid to “promote” the content artificially beyond the influencers’ followers—which is rare, since influencers already have audiences.

Our interviews with political strategists, regulators, and leaders of influencer-centric marketing firms have been more enlightening. They’ve revealed, in particular, the growing use of nanoinfluencers in online US political conversation. One interviewee, who manages such campaigns, summed up the political marketing industry’s perspective on this shift to nanoinfluencer-based political messaging: “We’re obsessed.” The sentiment is bipartisan.

A few strategists that we spoke to were more reserved, however, admitting that they are still working out the “efficiency” of orchestrating nanoinfluencers for large-scale effect. This is, in part, due to the manpower required to assemble large numbers of nanoinfluencers, which are not commonly on the advertising platforms used to coordinate influencers. The political mobilization of nanoinfluencers teeters between authentic grassroots organizing and manipulative exploitation of intimate (or seemingly intimate) relationships. With this in mind, there are serious ethical quandaries when it comes to political campaigns and other groups leveraging nanoinfluencers during elections. How are influencers being recruited and coordinated? Are the influencers transparent about being paid by political organizations? Are they abiding by campaign finance regulations as well as laws related to electioneering and similar activities?

The use of nanoinfluencers, in US politics at least, is still in its infancy. Those hoping to prevent the spread of potentially harmful propaganda and political disinformation have the rare opportunity to mitigate a nascent manipulation technique. Let us act, rather than resign ourselves to postmortem laments about what could have been done.

The relatively small fan bases of nanoinfluencers—accounts with fewer than 5,000 followers—are largely why they’re so powerful as a political tool. These small-scale influencers are composed of everyday people who are active on a community level: the baker, the PTA member, the local religious leader, the small business owner, etc. Unlike celebrity influencers, they can offer political campaigns “friend to friend” outreach. This strategy is further bolstered by political marketers’ ability to automate outreach and micro-target highly engaged audiences for a relatively cheap price. Nanoinfluencers have significantly higher engagement with their followers than other influencers, often taking time to interact with every comment and query on their posts. This enables them to build close relationships and garner high degrees of trust. Unlike celebrities, nanoinfluencers’ followers commonly share specific traits, such as location, age, or a niche interest: a tailored audience. When using advanced technologies such as CRMs, marketing analytics tools, and social listening software, in conjunction with nanoinfluencers, marketers gain the ability to coordinate flocks of “digital door knockers” on a scale that traditional canvassing could never hope to achieve, all while infiltrating close relational networks that would otherwise be off-limits.

Political marketers told us they believe that other social media users—and, most importantly, other voters—see nanoinfluencers as more trustworthy than a given celebrity account because, well, they usually know the person. “To me, it doesn’t matter how many followers they have, it’s about how many people would find them credible,” said one political strategist when describing what they looked for when recruiting potential influencers for political social-media campaigns.

Partisan nanoinfluencers are on the rise just as we’re spending more time on social media due to Covid-19. Instagram users alone are spending a reported 30 more minutes a day on the app. Twitter banned the paid promotion of political advertisements, and Google limited audience-targeting capabilities for political ads (although there are loopholes), so political marketers are looking to influencers as an unconstrained alternative. Finally, the protests following the death of George Floyd have shifted the norms around political discourse on Instagram and other platforms. Political organizations and special interest groups, including campaigns, have taken note, however, and are working to co-opt organic democratic conversations by inserting posts from paid proponents.