Something Was Wrong. My Nightgown Was in Flames 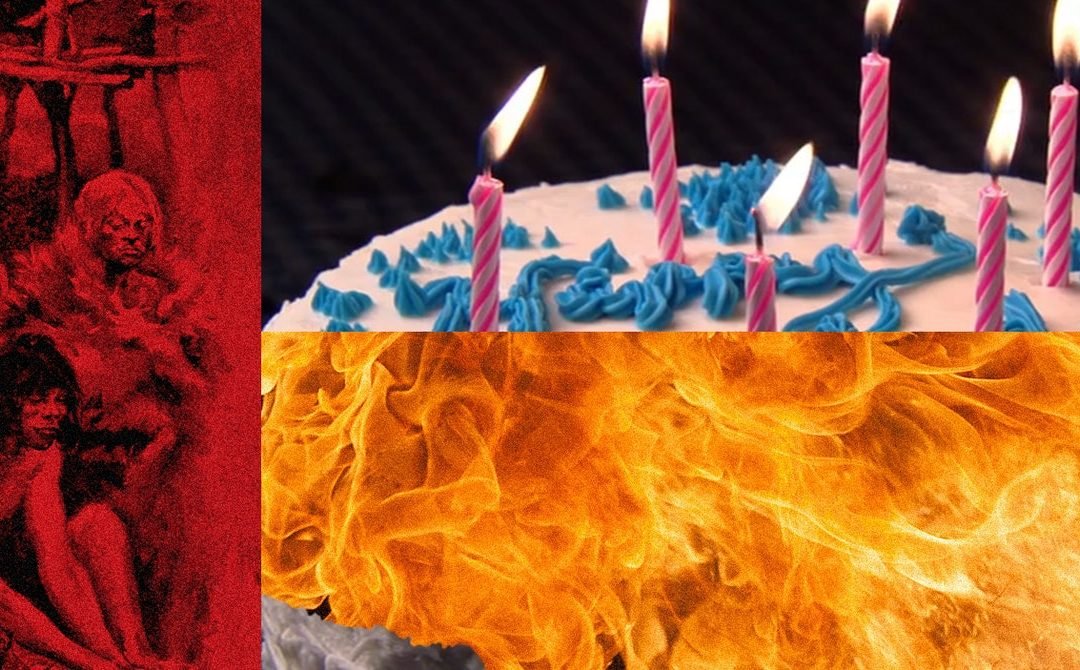 In “Hyena,” an essay published in The New Yorker in 1996, the chimpanzee researcher Joanna Greenfield describes having been bitten by a hyena in Israel. People attacked by hyenas, like people whose cotton nightgowns ignite, often die. They’re eaten alive. But Greenfield made it. When she first rinsed her considerable wounds, she felt “no pain, but a tremendous feeling of wrongness.” She never felt pain, in fact, she reports—though she later suffered with surgeries and parasites. Instead, she felt inexplicably altered. It hit her when she first used a bedpan. “My life had changed. There is, after all, no simple dichotomy: intact and alive versus torn and dead.”

She found herself on the other side of a primordial horror, an eye-to-eye encounter with a superpredator hellbent on consuming her. In the essay Greenfield repeatedly reflects on the hyena’s remorseless speed: how its jaw, teeth and esophagus masticate and ingest in an instant. “Food slips instantly from toothhold to stomach,” she writes. She also considers a Nairobi boy she’d heard about, who died when a hyena ate his intestines. “I would have liked to ask him what he saw in the hyena’s eyes.”

If Greenfield had been the hyena’s food, I had been, for a moment, the fire’s fuel. Bedridden, I now aimed to master the ways of my new nemesis: fire. Torn and intact was Greenfield’s uneasy dichotomy, where mine was hot and cold.

Why in the world had humans brought fire in so close? Sometimes only Wikipedia will do. “Evidence for the ‘microscopic traces of wood ash’ as controlled use of fire by Home erectus, beginning some 1,000,000 years ago, has wide scholarly support.” Birthday candles jabbed into cake surely counted as “controlled use of fire.” In fact, the cuteness of the enterprise, my cartoon of domesticated flame, might have delighted my erectus forebears. What could show greater conquest over fire than to tame it for this frivolity?

Early humans had warm-blooded mammalian bodies that both required heat and abhorred combustion. Contact with fire causes system-wide chaos for humans, partly because it explodes the body’s inflammatory response. A burned body can lose fluid as it struggles to right its equilibrium with blisters to cushion healing skin and weeping wounds to clean it; blood pressure can drop sharply. At the same time, there’s edema: fluid trapped in the body. Shock can keep oxygen from lungs, heart, brain, and kidneys. Organs can sustain damage or even fail.

Still creepier stuff happens when flesh meets flames. For one, after a burn, veins can become permeable, compromising a range of bodily functions from oxygenation of tissues to lipid transportation to immune surveillance. Cytokine storms, the dangerous hyperimmune response seen in some 4 percent of Covid-19 patients, also appear in burn patients. Other phenomena with sinister names—”burn delirium” and “burn amnesia” among them—can also emerge from the smoke.

No doctor or startup could make something as strange and beautiful and healing as an amber-colored blister the size of a gaudy costume jewel.

From pictures, my doctor identified my injuries as partial-thickness burns, here and there severe, but not deep enough to require grafts or a stint in a burn ward. That was a relief. To gauge need for fluids and hospital time, battlefield medics and EMTs evaluate burns very roughly, using the Wallace rule of nines, which separates the body into parts, assigning them each a different percentage: head, chest, abdomen, back, groin, and four limbs. One leg is 18 percent. As a half of my right thigh was burned, I put my Wallace measurement at about 4.5 percent of my body. Having learned that the average adult’s skin, at 22 square feet, fills slightly more than fills a standard doorway. I calculated more precisely that my 48-square-inch burn was 3.3 percent of me.

This was useful data. However limitless my perception of pain was, then, the damage to my body was contained. Perception and reality were on measurably different trajectories.

The wounds were blistering, but blisters, while destabilizing to bodily systems, have distinct local advantages, as they protect, like bubble wrap, injuries that sorely need it. To me all the blisters seemed precious. No doctor or startup could make something as strange and beautiful and healing as an amber-colored blister the size of a gaudy costume jewel.