Texts From Politicians Could Be More Dangerous Than Ever 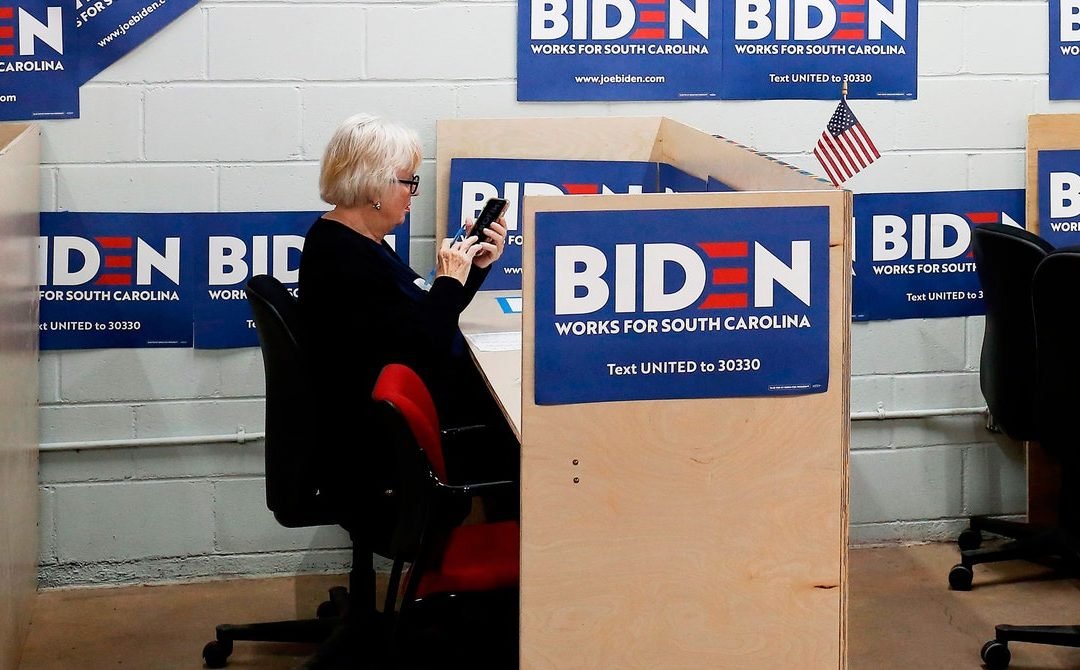 Covid-19 has forced 2020 US political campaigns to abandon door-to-door canvassing, rallies, and fundraising extravaganzas—leaving them grasping for ways to build meaningful interpersonal bonds, just like the rest of us. Politicians want to be your quarantine buddy, which shouldn’t be too hard because they already have your number.

Campaigns have shifted their focus to peer-to-peer (P2P) texting—a phenomenon one digital strategist described as the “closest that [campaigns] are going to get with their field programs to having real conversations with other people.” The practice of sending personalized SMS texts to constituents, P2P texting has been gaining momentum since 2016, when the platform Hustle, popularized by Bernie Sanders, sent 5.5 million texts to potential voters. Demand among campaigns has grown dramatically since. One platform, GetThru, has sent over 200 million texts on behalf of “mission driven” clients since 2016. P2P texting enables intimate communication between political campaigns and voters. While that might seem promising for democratic mobilization, without adequate regulation it can be used to mislead and amplify hate, destabilizing the 2020 election.

Katie Joseff is a senior researcher on the propaganda research team at the Center for Media Engagement (CME) at UT Austin. Prior to joining CME she was the research manager of the Digital Intelligence Lab at the Institute for the Future in Palo Alto, California. Jacob Gursky studies propaganda as a research associate at UTexas. At night he stares at the ceiling thinking about disinformation, digital literacy, privacy activism, and the repercussions of surveillance capitalism. Dr. Samuel Woolley (@samuelwoolley) is an assistant professor in the School of Journalism and program director of propaganda research at the Center for Media Engagement, both at UT Austin. His new book, The Reality Game: How the Next Wave of Technology Will Break the Truth, discusses how we can prevent emergent technology from being used for manipulation.

P2P texting is appealing because the response rate is, on average, 36 times better than email. Relatively unconstrained by regulations (compared to broadcast/application to person texting), texts can be sent without the recipient’s consent to numbers collected from data brokers or from campaigns’ own collection efforts. Prior to the Covid-19 outbreak, P2P texting was already set to explode in 2020—President Trump’s campaign manager stated that they plan to send “almost a billion texts” to potential voters. Now, P2P texting approaches, as one campaigner phrased it, an “apotheosis.” In the last few weeks, volunteer signups to P2P platforms have increased dramatically, and funds earmarked for in-person events have been redistributed to P2P texting.

In the best of times, text messaging can be an intimate tool for campaigns hoping to connect with undecided voters or potential funders. But spamming constituents via SMS is a foolish violation. In the words of Sandi Fox, a texting specialist we interviewed: “Sending fundraising messages over and over and over again is not a best practice. It’s not email.” Another digital marketing consultant also pointed out that fundraising requests during the stress of Covid-19 are likely to be perceived as “tone deaf.”

So how will campaigns distinguish themselves in the projected deluge of political texts in 2020? For one, savvy P2P texting campaigns will tighten their grip on users’ attention through data-driven hyper-personalized messages. Seizing upon the influx of volunteers and heeding the emotional climate of Covid-19, campaigns have the opportunity to move away from impersonal, bot-like fundraising texts, and instead focus on building relationships with constituents. Given the growing abundance of political data trusts, existing practices of tracking individuals across platforms, and a precedent of microtargeting with advertisements, increased personalization of P2P texting is a natural evolution. How would you respond if you received an unsolicited text from a campaign volunteer who attended your high school? Perhaps, softened by the doldrums of social distancing, you’ll strike up a friendship.

Despite the alarming potential for exploitation, the Federal Communications Commission has left telecarriers to mostly moderate content themselves, to the joy of political parties and lobbyists and the chagrin of consumer protection groups. Several of the worst horsemen of the 2016 social media misinformation apocalypse are in full gallop with P2P texting: Consent-free messages can be anonymous, disclosures concerning the source and funder of the messages—compulsory for print, television, and radio political messages—aren’t required, and data can be collected from responses to hone future targeting.

The inherent personalized nature makes P2P texting vulnerable to predatory messaging like voter suppression. In theory, a group hoping to misinform voters could infiltrate a campaign and, when the moment is right, alter messages. Given that a single volunteer can send up to 1,500 texts an hour, such an effort could, at the very least, redirect public conversation and diminish trust. Coordinated infiltrators targeting Joe Biden, say, could establish relationships over text with female swing voters and then share an innocuous message saying, “Show your support for Joe!” coupled with an unflattering or unsettling photo (e.g., the infamous “massage” photo). Such subtlety, combined with the enormous number of texts being sent, could make such manipulations difficult to detect. It may be that the domination of large P2P companies like GetThru and RumbleUp, with the resources to control for abuse, has been a saving grace. But as the P2P space grows, new vendors must be vetted. It’s also possible for propagandists deploying advanced disinformation strategies to create their own P2P platforms. SMS disinformation campaigns by foreign adversaries and fringe groups are already happening. (For example, in January, texts were sent claiming recipients had to sign up for military service or face six years in jail.) If P2P texting follows a similar pattern to other platforms, where tactics sharpened in small, radical groups find their way into the mainstream, the future of P2P texting (and our text message inboxes) could be bleak.

Coordinated harassment campaigns are used in the political arena to silence journalists, activists, and politicians, among others. Although P2P texting has not yet been used to mobilize hate, it is easy to imagine a special interest group or candidate sending a message stating: “Text X journalist what you think.” In a webinar about adjusting campaign strategies post-Covid-19, one strategist referred to Facebook’s backslide into automated moderation as a return “to the Wild West of 2016”, a time of lackluster self-regulation and very little public scrutiny. In the untested world of coordinated harassment on P2P platforms, what for Facebook is a backslide in moderation is the unscrutinized status quo.

It’s time to regulate P2P political messaging. Regulations are so lax, that simply replacing the human action of pressing a “send” button with an automated tool would render many P2P campaigns illegal. Regulations on broadcast texting keep your SMS inbox from looking like your email inbox, and adopting a similar set of standards for P2P texting, with the inclusion of lessons learned from regulating Facebook and other platforms, could close the loophole that campaigners have turned into an industry. Updating to modern standards of consent, requiring the identification of message source and funder and limiting data collection from responses will mitigate the negative impacts of P2P texting.

Political campaigns are already leveraging P2P texting in ways that violate the trust and disregard the privacy of voters. In even less scrupulous hands, this tool could be used to mobilize hatred.

The authors would like to gratefully acknowledge the Beneficial Technology Team at the Omidyar Network for supporting their research. The views herein, however, do not necessarily reflect those of the funder.