The Antibiotics Business Is Broken—But There’s a Fix 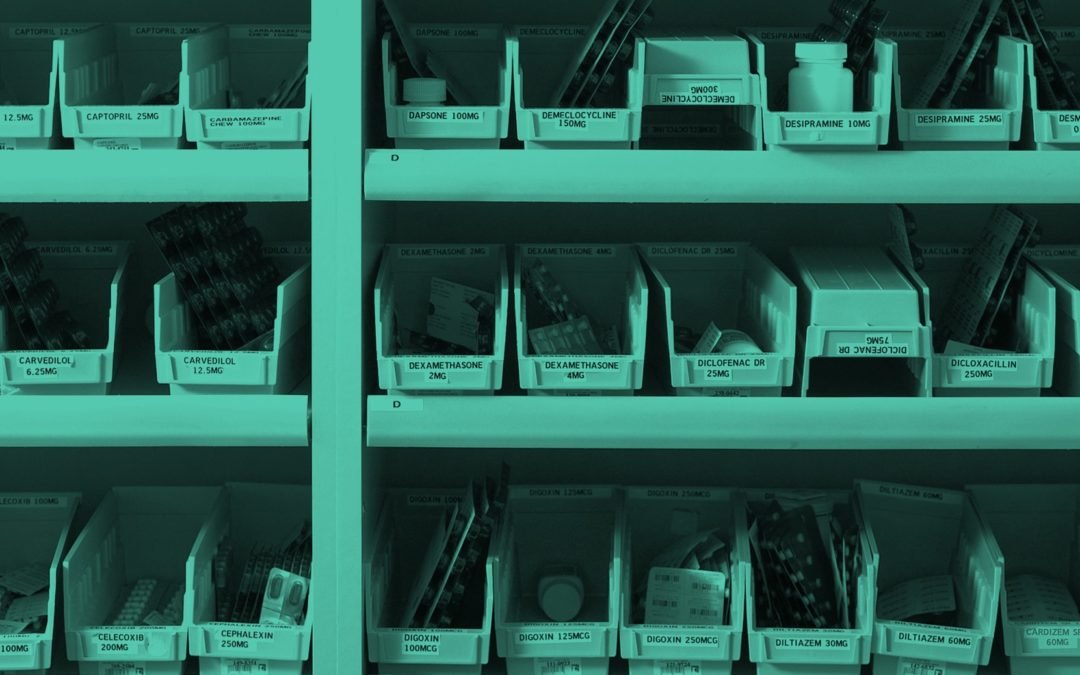 Last week, the biotech company Achaogen announced that it was filing for bankruptcy. That might not seem like much news: Businesses crash and burn all the time. But Achaogen, founded in 2002, was an antibiotics company. Its first drug, Zemdri (plazomicin), was approved by the Food and Drug Administration last June.

The world is running out of useful antibiotics because the rise of antibiotic resistance in bacteria is undermining them, and big firms are disinclined to make more. In 2018 alone, three large legacy pharma firms closed their antibiotic research programs. So the collapse of even a small business that stepped up to make a new antibiotic is a blow.

Achaogen hit all the marks that should have signaled success. It recruited experienced developers, targeted an infection that the World Health Organization considers a critical unmet need, stuck with its compound through 15 years of testing, scored several rounds of public investment and private philanthropy, and got its drug approved. Yet the market didn’t reward the company for producing a new antibiotic: On the day the FDA announced its decision, its stock price actually dropped by 20 percent. Almost a year later, it has earned less than $1 million on the drug, not enough to stay alive.

The larger story of the Achaogen bankruptcy is that the financial structures that sustained antibiotic development for decades are broken. If we want new antibiotics, we’re going to have to find new ways to pay for them. And that will involve hard choices with big dollar signs attached.

Successful drug development relies on an extremely simple assumption. If you spend the industry-standard amounts of time and money to achieve a new drug—generally accepted to be 10 to 15 years and at least $1 billion—you will end up with a product to which you can assign a high enough price, or sell in enough volume, to earn back that R&D budget, reward investors, and turn a profit.

That math works for most of the products of the pharmaceutical industry, from old drugs that people take every day—antidepressants, beta-blockers, statins—to the newest cancer therapies known as CAR-T, which can cost almost $500,000 per dose. But antibiotics don’t fit that equation. Unlike cancer drugs, most antibiotics are inexpensive; the few with high price tags are reserved for rare hospital use. And unlike drugs to treat chronic diseases, people take antibiotics for only short periods of time.

There’s another way in which antibiotics are unlike all other categories of drugs. A daily dose of Lipitor causes the world no harm—but every dose of antibiotics poses a risk of encouraging bacteria to adapt and develop resistance. So these new medications are caught in a conundrum: Their fiscal promise and their social value are at odds. Public health implicitly asks physicians “to use older drugs as long as possible so that we don’t add a new level of resistance,” says Kathy Talkington, who directs the Pew Charitable Trusts’ Antibiotic Resistance Project. “And the other challenge is that antibiotics lose their effectiveness over time” as resistance develops.

Past research by the Pew Trusts has shown that almost all of the companies doing research on new antibiotics—at least 90 percent—are small in pharma terms, with a market capitalization of less than $100 million. More than half are pre-revenue, still working on their first product. They don’t have a built-up infrastructure, or a steady revenue stream, which means they can quickly get overextended. (Achaogen’s last public offering in February, meant to generate three months of emergency cash, offered 15 million shares at $1 each. Its stock price the day before the FDA approval was $12.)

Because this situation is common, the policy conversation around getting new antibiotics has focused on offering support to small companies. So far, that has meant what are called “push” incentives, making grants that fund very early-stage research. The largest provider of push incentives is CARB-X, an internationally funded public-private partnership based in Boston that has given more than $100 million to small pharmas since it was launched in 2016.

As it happens, Achaogen got CARB-X money. It also received funds from BARDA, the US government’s Biomedical Advanced Research and Development Authority. These were substantial grants, enough to get the company over the “valley of death” between discovery and commercialization. But they weren’t enough, because it turns out there’s a second deadly valley—after commercialization but before profitability, whenever that arrives.

Which means it’s time to talk about other, more controversial enticements to get more antibiotics on the market. These so-called “pull” incentives (the alternative to push) don’t pay R&D costs up front; instead, they reward R&D done well. Short version: They gift pharma companies huge wads of cash.

The idea of a pull incentive was first floated a few years ago by Lord Jim O’Neill, the former chief economist of Goldman Sachs, who at the time was heading a multiyear Review on Antimicrobial Resistance chartered by the British government. In one of its final actions, the review suggested that a company bringing a new antibiotic to market could be given a one-time “market entry reward” of $1 billion, enough to repay its R&D cost and reduce pressure to oversell the drug and provoke resistance.

Last year, a European coalition known as DriveAB that has been examining antibiotic production and distribution drew up a menu of possible pull incentives and evaluated how powerful each might be. They too concluded that market entry rewards hold the most promise, though they recommended spacing payments out over the life of the drug, to ensure that companies keep manufacturing them.

A raft of studies written over the past few years have recommended other possibilities, such as transferrable exclusivity vouchers, essentially allowing companies that develop a successful antibiotic to keep another drug under patent for extra years, or purchase commitments between governments and companies in which a certain amount of drugs is bought and shelved until needed. Some thinkers have recommended changes in reimbursement, in which Medicare would pay more for an antibiotic deployed after a diagnostic test has been performed—a maneuver that makes the drug intrinsically more valuable, slowing its use and keeping resistance at bay.

Some of these proposals are moving from policy into reality. The United Kingdom just announced a plan to pay for antibiotics based on their value to medicine, rather than the number of doses; and in February the Pew Trusts and a list of companies and associations sent a letter to US senators urging consideration of a package of incentives.

“Any of these pull incentives will work, given enough money,” says David Shlaes, a physician and former drug developer who tracks the antibiotics market on his blog, Antibiotics—The Perfect Storm. But, imagining a Congressional debate about them, he adds sardonically: “Everybody who wants to go on record as giving money to the pharmaceutical industry, raise their hands.”

Pull incentives by themselves won’t fix the market, of course. The design of the clinical trials used to evaluate powerful new antibiotics—always against existing drugs, not against nothing—is out of step with how resistant infections occur. Patients with virulent, multidrug resistant infections need to be treated immediately; any delays can risk their lives.

This is one of the issues Achaogen foundered on. Plazomicin was a promising treatment for the most serious superbugs, the highly resistant, gut-dwelling ones known as CREs. But the company could not get enough patients into a trial for that indication, and the FDA approved the drug only for treating resistant urinary tract infections—an important problem, but not as critical as the CREs. Once it was on the market, doctors could have used it against CREs off-label, if they chose. But with Achaogen headed to Chapter 11 and up for sale, plazomicin might become not available at all.

There’s no denying that any new incentives will be expensive. A transferrable patent voucher will cost individual patients whose drug might otherwise have gone generic and become cheaper. A bulk purchase would eat up the budget of a healthcare organization or agency. Market entry rewards are so large they would need to be appropriated within the annual budget of the FDA.

And in every case, it’s a pharma company that benefits—a hard sell at a time when executives are hauled before Congress for hiking the price of an old drug 4000 percent and there are 6,500 GoFundMe campaigns to pay for insulin. The optics are terrible.

But the toll of resistance—and its cost—are terrible too. In 2013, the Centers for Disease Control and Prevention estimated that 2 million Americans contract resistant infections each year, rolling up a health care bill of at least $20 billion. Spending on resistance is already high; it’s just unevenly distributed. Reducing serious illness and death will require new antibiotics, and the market has demonstrated it won’t provide them. As unpalatable as it seems, pull incentives may be the way.