The Dangers of Moving All of Democracy Online 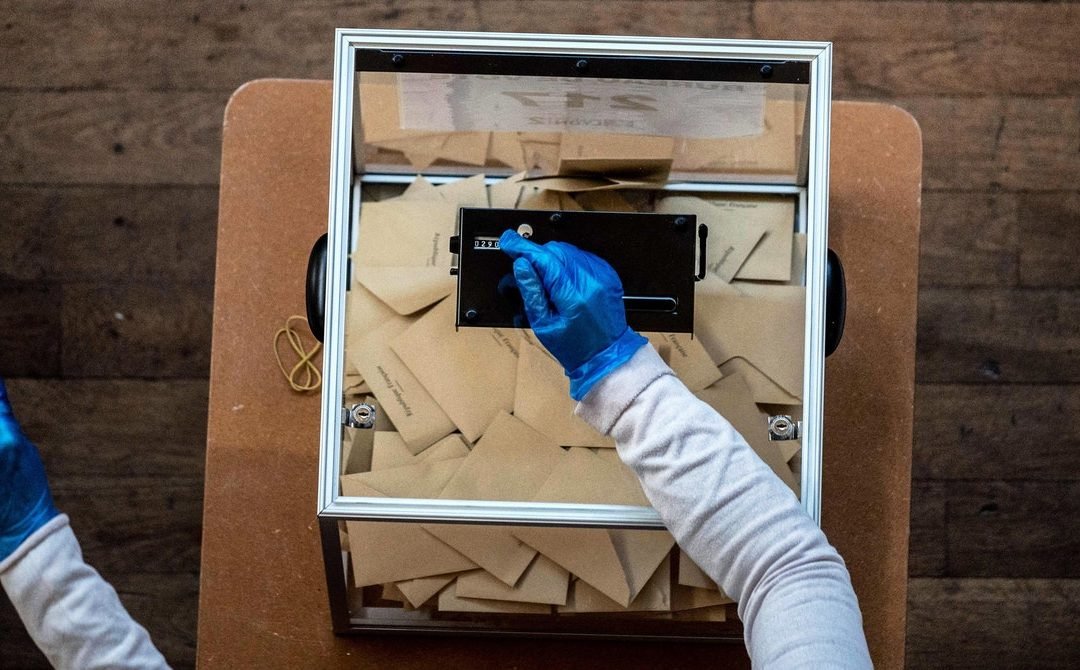 Governments around the world are struggling to deal with the public health and economic challenges of coronavirus. While many have pointed to how authoritarian regimes exacerbated the pandemic, we’ve so far paid dangerously little attention to coronavirus’s challenge to democracy.

In a democracy, citizens need to be able to vote, politicians to deliberate, and people to move about, meet, and act collectively. Democratic politics is a mixture of mass involvement and endless meetings. All this is hard when people can be infected with a potentially deadly virus if someone simply coughs nearby. The obvious answer might seem to be to move democracy to the internet, but some parts of democracy translate badly to an online world, while others are already being undermined by emergency powers (for example, Hungary’s parliament just passed a law that allows the prime minister to rule by decree) and by the rise of digital surveillance.

If people have to vote in person, they might catch coronavirus from queuing, pressing buttons, or handing ballots to election officials. No wonder 14 US presidential primaries have been postponed so far. But not postponing elections in the midst of the crisis has been just as controversial, since the resulting vote is likely to see a dramatic reduction in turnout (as did France’s first round municipal elections, and as is feared in the Polish presidential election this May).

Marion Fourcade is a professor of sociology at UC Berkeley. Henry Farrell is a professor of political science at George Washington University. Together, they lead a project on the moral political economy of technology at Stanford University’s Center for Advanced Studies in the Behavioral Sciences.

The problem is even worse for elected politicians, who serve the people by crowding into physical meetings where they argue, shout, and vote (think the British parliament). Politicians may be more likely to get sick because they are hubs in densely connected social networks. They are more likely to experience complications because they are often old. Many politicians, including British prime minister Boris Johnson, have already been infected or quarantined. Government and congressional work is slowing as legislatures and courts suspend or indefinitely postpone their sessions.

Democratic politics also happens in the streets, at political rallies, public meetings, and demonstrations. It is hard to see how such mass gatherings will return any time soon if they continue to be dangerous, or even banned, on grounds of public health.

Finally, state efforts to fight the virus by tracking citizens might undermine democracy by concentrating power in the hands of an unaccountable authority. This might even happen from the bottom up. Citizens in fear of contagion might start liking the idea of ubiquitous and decentralized surveillance as a service, as evidenced by the popularity of coronavirus symptom-tracking apps in the UK and elsewhere.

To see how these four problems may come together, look at Israel, which has held three elections in a year, without managing to form a government. Now the country is trying to deal with coronavirus. If Israel goes back to the polls, citizens risk infection. Israel’s parliament, the Knesset, was effectively suspended by its speaker, on the grounds that coronavirus made votes and committee meetings unsafe. (Skeptics think he was trying to protect the outgoing prime minister, Benjamin Netanyahu, who is trying to cling to power.) Meanwhile, the justice minister, another close ally, closed the courts on March 14. All of this means no parliamentary or judicial scrutiny of a new system for tracking coronavirus patients and those in their vicinity through their phones. Finally, demonstrators against the mass surveillance system have been arrested for endangering public health by gathering in public. This has led some observers to claim that Israel is undergoing a palace coup; and that’s not even to mention the Palestinians in the West Bank or Gaza, confronting infection without democratic representation.

Or look at Hungary, where the suspension of court and parliamentary activities has just given prime minister Viktor Orbán [a golden opportunity to further concentrate power]https://verfassungsblog.de/orbans-emergency/) and muzzle the last remnants of an independent free press in the name of, as the proposed law states, the “successful protection” of the public.

Some pundits argue that information technology is the answer to democracy’s problems. There would be no risk of catching coronavirus if physical democracy became virtual. Already, government is being zoomified, online elections are an appealing prospect, and digital surveillance does not look as bad as it used to.

However, online voting systems, such as Voatz, which was used in the 2018 midterms in West Virginia, have critical security vulnerabilities. As cryptographer Matt Blaze says, many experts believe internet voting is a bad idea. Online meetings too have drawbacks. Politics involves formal negotiation, but gossip and informal deal-making matter as well. It’s hard to haggle via webcam, especially in a crisis. It is even harder to move effective organizing and activism online. When people demonstrate, they inconvenience themselves to show that they care about a particular issue. Online activism, in contrast, often boils down to cheap clicktivism. It can be faked and manipulated, too, creating the appearance of outrage on platforms such as Twitter and Facebook.

As we try to protect democracy from coronavirus, we must see technology as a scalpel, not a sledgehammer.