The Elusive Price—and Prize—of Fame on the Internet 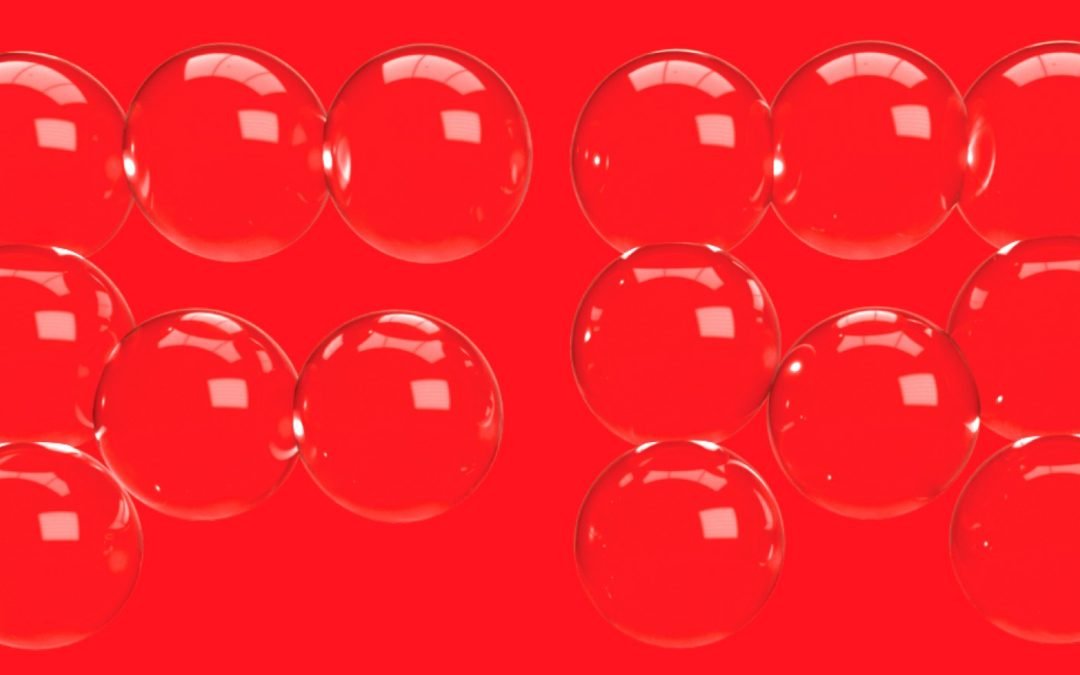 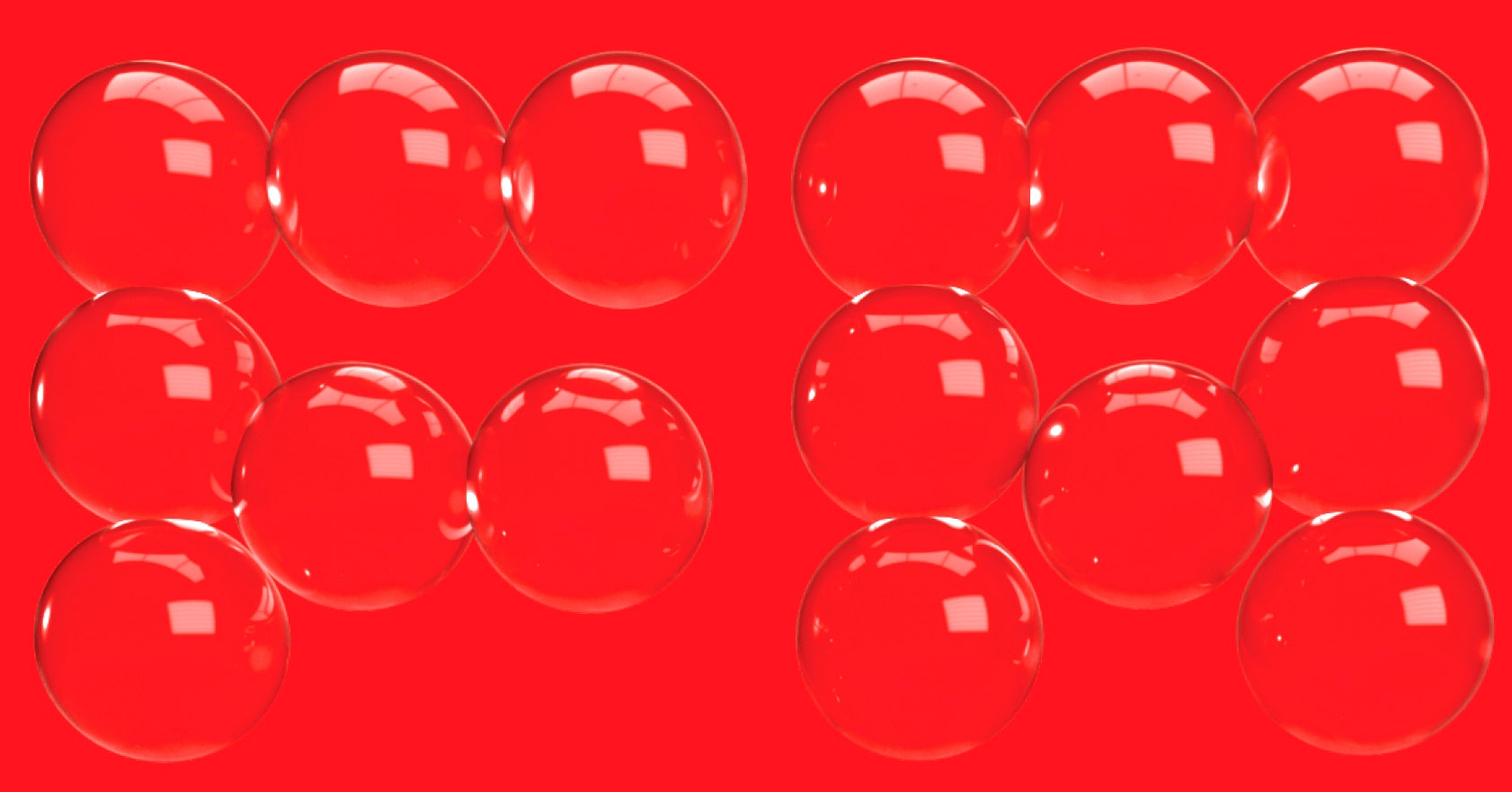 Three of Beowulf’s virtues make sense. The fourth seems more like a vice. He was the man most gracious and fair-minded / Kindest to his people and keenest to win fame. Gracious, fair, kind. But also: more eager than anyone to see his name in torchlights. “Keenest to win fame” is one translation of lofgeornost—lof is “glory,” geornost is “gladdest for.” Some also translate lofgeornost as “praise-yearnest.”

We English speakers are praise-yearners from the outset. The signature warrior hero of English literature, Beowulf, was, if not “famous for being famous” (in the 1960s phrase), something weirder still: famous for wanting to be famous. Beowulf’s strengths are not chiefly bravery or even victories in battle; he is renowned precisely for his thirst for fame.

A bit of a blow. Fame in our time is often styled as an unwholesome aspiration, shorthanded “Kardashian” and identified with assorted Instagram sphinxes. Consider one: Kylie Jenner, the 21-year-old mother of one from a reality TV family, whose swollen lips came to national attention in 2015 when a debate raged about whether they were shot through with hyaluronic acid or, as Jenner maintained, merely overlined. Jenner’s eventual I-chopped-down-the-cherry-tree confession that, yes, she’d had her lips enhanced with acid injections apparently defined her as a singularly candid ingenue. She went on to pursue lip care as a profession and in some inexplicable way then became a billionaire with a name better known than Beowulf’s. The yongenest self-madeiost femaliest lofgeornost billionaire.

Sun Tzu of The Art of War looked down on generals who went into battle seeking fame; he considered love of king and country a leader’s only worthy motivations. But in the West, fame has long been the explicit endgame for warriors and lip gloss magnates alike. Leo Braudy, whose book The Frenzy of Renown appeared before social media was a glimmer in the internet’s eye, warns readers of the ’80s against wringing their hands over the fame culture that had lately produced Arnold Schwarzenegger and Madonna. According to Braudy, every era from Beowulf’s to our own believes it invented fame as a goal—and a scourge.

Those keen on fame are generally eager to outdo the stars who have come before them. Alexander the Great, Braudy explains, sought fame like that of the Greek god Achilles—a tall order for a human, given that Achilles enjoyed near-invincibility and had seabirds as servants. Julius Caesar anguished over falling short of Alexander the Great. Serial killers long for the legacy of Jack the Ripper. As a young Venice Beach bodybuilder, Schwarzenegger fashioned himself after the pagan gods. John Lennon compared the Beatles to Jesus.

While yearning for celebrity, especially on the scale of Jesus or Arnold, might seem small-souled, aspiring to fame was for centuries considered morally superior to yearning for money or power. In antiquity up through the Renaissance, fame was the name given to humankind’s admiration for individuals who enlighten, entertain, and advance it. Hush, Sun Tzu: Eagerness for fame just is eagerness to contribute to humanity. And sure, to have your name on that contribution for all time—who doesn’t want to touch immortality?

Among the profane human aspirations, fame might be at the top of the Western hierarchy. As Young Thug says, “We need money. We need hits. Hits bring money, money bring power, power bring fame, fame change the game.” Fame, unlike power or money, outlives the person who has it and expands infinitely the borders of a single human life. Changes the game.

(Just about every lyric about fame rhymes it with name or game or both. A readily rhymable word, useful in rap or poetry, accumulates power.)

Leonardo da Vinci agreed with Young Thug about celebrity being life’s game-changing apex, and he further believed that the rich and powerful, by pursuing land and money, miss the whole point of existence. “How many emperors and how many princes have lived and died and no record of them remains, and they only sought to gain dominions and riches that their fame might be everlasting?”

Which brings us—flipping past the EnlightenmentVictoriansModernismTV—back to the present, to digital times. The internet is a sprawling and anarchic record. In a few decades the internet has swallowed the record, and become coextensive with it. When no trace of something exists online, can it be said to be famous? Inconceivable. Can it be said to even exist? “Pics or it didn’t happen” is a stock response to an improbable story told online. To become history, experience must first become pixels.

If Leonardo was right, and our accomplishments and good deeds gain value chiefly by their place in the record, what happens when we all seem to have a high-level editorial position with that record?

Where once it took Homer or Petrarch or Samuel Johnson or at least the yearbook editor or obituary desk to decide if you were worth writing about, in the 21st century you can write about yourself, all the livelong day, on Twitter. You can exist in filtered self-portraiture, create SoundCloud hymns to yourself, and inscribe yourself repeatedly in the record, in the Book of Life or—for risk takers—on the imperiled social network, Facebook. If you make enough content, you might even take up as much space on YouTube as Kurt Cobain does. Or at least Hercules.

A friend once told me about a strange type that appeared in Japan in the aughts: the charismahiki, as he dubbed them. The “charismatic shut-ins” is a contradictory archetype; famous recluses. Online all day from their bedrooms, the charismahiki pose in words and images for an internet audience, revealing and concealing as their screens and cameras and wits allow, without ever confronting their admirers or detractors in person.

You can see the charismahiki’s parallels with all of us now—the grandma never off Ravelry, the maven glued to Pinterest. The temptation to call this another way the internet has destroyed the order of things is strong. A famous person should be in the open air, to risk something in battle, as Julius Caesar did, and to be touched by his acolytes, as Jesus was. No?

True for warriors—although famous gamers might say it’s possible to make your name and slay Hector from under a Slanket. True for saviors, then—though the New Age heroine Marianne Williamson, also a candidate for president, does much of her saving of souls using online video. And if it’s the appearance in the record that brings a person into existence as famous, as immortal, how crucial is it that the person even lived in three-dimensional space? Jesus’ virtues belong to the gospels; Kylie Jenner’s belong to Instagram.

Ultimately the famous thing is the record itself, not the specters that pass through it. YouTube is more renowned than any single YouTuber, as there are no YouTubers when the platform disintegrates. Instagram likewise bestows fame (and filters and fans) on the beautiful and can banish them to infamy and disrepute. John Keats disingenuously asked that his epitaph read, “Here lies one whose name was writ on water.” Water has substance in this world; anything written on it does not. (Of course “John Keats” was also writ in ink on paper, where it persists.)

The record stretches forward to an imagined future where entirely new names will fill it—and stretches back to antiquity. Do you doubt that a flibbertigibbet like Jenner has entered any kind of eternal record, one that began long before Beowulf at the dawn of Western Civ? Watch this. I’ll show you in three steps: (1) Instagram constructs Jenner and her lips as stars. (2) Forbes, which keeps the count, frames her as a billionaire. (3) Forbes and other talliers of human “worth” position “billionaire” as an exalted category of human—on par with “gold medalist,” the title bestowed in 1976 on Jenner’s father, Caitlyn, formerly Bruce, whose particular talents in the decathlon were first named and styled as fame-worthy in ancient Greece.

The record, whether carved in stone or bits of data, is arbitrary in the extreme. To endow with fame and fortune women with big lips or people who hurl themselves over a bar on a bendy pole—while skipping over people who, say, can build houses or make meringues—suggests that fame and game don’t rhyme only by accident. Fame comes to those whose accomplishments are recorded, and the “record” is as contingent on human whim as any algorithm.

And the famous are then figments of that record. They’re no more real than Beowulf, the warrior longing for fame, who achieved nothing like the enduring fame of Beowulf, the poem. And is Kylie Jenner real? Forbes‘ billionaire list is renowned for its creative math—and Instagram, like faces touched by fillers, is known for artful distortions. It seems the longing for fame, then, shared by Beowulf and Jenner, doubles as the longing to sacrifice one’s real life wholly to the record, to pass out of fact and into fiction.

Maybe that’s why the first model for fame in the West is the one Alexander dreamed of emulating: Achilles. A warrior. With a serious shortcoming. Who never existed.

Virginia Heffernan (@page88) is a regular contributor to WIRED. Her most recent book is Magic and Loss: The Internet as Art.

This article appears in the September issue. Subscribe now.