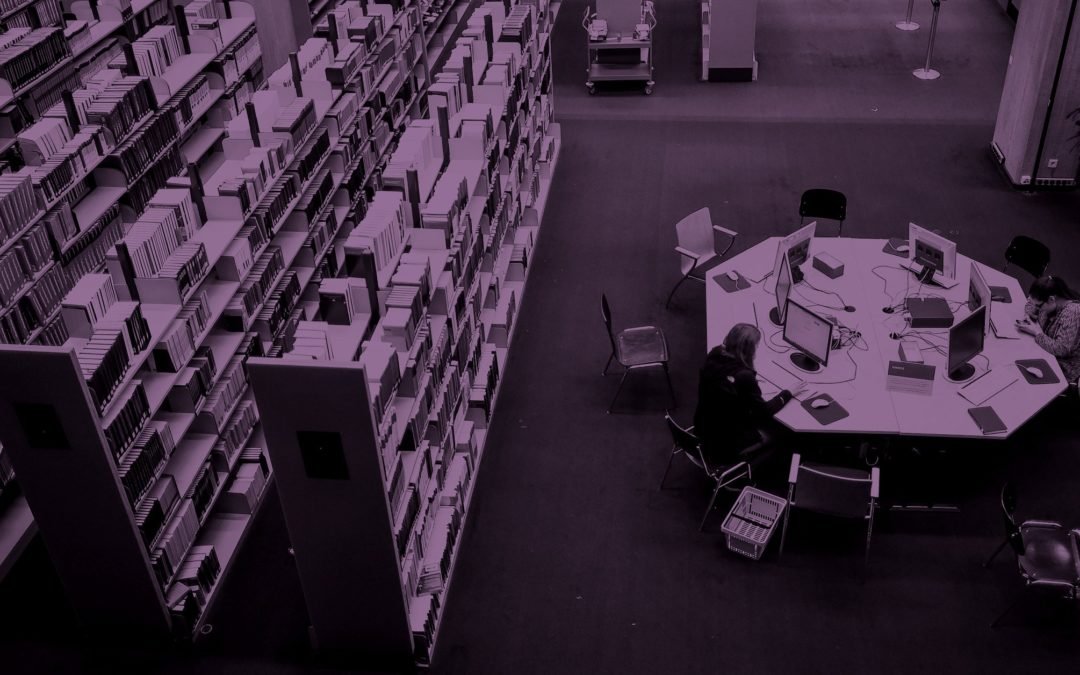 Science is built, enhanced, and developed through the open and structured sharing of knowledge. Yet some publishers charge so much for subscriptions to their academic journals that even the libraries of the world’s wealthiest universities such as Harvard are no longer able to afford the prices. Those publishers’ profit margins rival those of the most profitable companies in the world, even though research is largely underwritten by governments, and the publishers don’t pay authors and researchers or the peer reviewers who evaluate those works. How is such an absurd structure able to sustain itself—and how might we change it?

When the World Wide Web emerged in the ’90s, people began predicting a new, more robust era of scholarship based on access to knowledge for all. The internet, which started as a research network, now had an easy-to-use interface and a protocol to connect all of published knowledge, making each citation just a click away … in theory.

Instead, academic publishers started to consolidate. They solidified their grip on the rights to prestigious journals, allowing them to charge for access and exclude the majority of the world from reading research publications—all while extracting billions in dollars of subscription fees from university libraries and corporations. This meant that some publishers, such as Elsevier, the science, technology, and medicine-focused branch of the RELX Group publishing conglomerate, are able today to extract huge margins—36.7 percent in 2017 in Elsevier’s case, more profitable than Apple, Google/Alphabet, or Microsoft that same year.

And in most scholarly fields, it’s the most important journals that continue to be secured behind paywalls—a structure that doesn’t just affect the spread of information. Those journals have what we call high “impact factors,” which can skew academic hiring and promotions in a kind of self-fulfilling cycle that works like this: Typically, anyone applying for an academic job is evaluated by a committee and by other academics who write letters of evaluation. In most fields, papers published in peer-reviewed journals are a critical part of the evaluation process, and the so-called impact factor, which is based on the citations that a journal gets over time, is important. Evaluators, typically busy academics who may lack deep expertise in a candidate’s particular research topic, are prone to skim the submitted papers and rely heavily on the number of papers published and the impact factor—as a proxy for journal prestige and rigor—in their assessment of the qualifications of a candidate.

And so young researchers are forced to prioritize publication in journals with high impact factors, faulty as they are, if they want tenure or promotions. The consequence is that important work gets locked up behind paywalls and remains largely inaccessible to anyone not in a major research lab or university. This includes the taxpayers who funded the research in the first place, the developing world, and the emerging world of nonacademic researchers and startup labs.

Breaking Down the Walls

To bypass the paywalls, in 2011 Alexandra Elbakyan started Sci-Hub, a website that provides free access to millions of otherwise inaccessible academic papers. She was based in Kazakhstan, far from the courts where academic publishers can easily bring lawsuits. In the movie Paywall, Elbakyan says that Elsevier’s mission was to make “uncommon knowledge common,” and she jokes that she was just trying to help the company do that because it seemed unable to do so itself. While Elbakyan has been widely criticized for her blatant disregard for copyright, Sci-Hub has become a popular tool among academics, even at major universities, because it removes the friction of paywalls and provides links to collaborators beyond them. She was able to do what the late Aaron Swartz, my Creative Commons colleague and dear friend, envisioned but was unable to achieve in his lifetime.

But, kind of like the Berlin Wall, the academic journal paywall can crumble, and several efforts are underway to undermine it. The Open Access, or OA, movement—a worldwide effort to make scholarly research literature freely accessible online—began several decades ago. Essentially, researchers upload the unpublished version of their papers to a repository focused on subject matter or operated by an academic institution. The movement was sparked by services like arXiv.org, which Cornell University started in 1991, and became mainstream when Harvard established the first US self-archiving policy in 2008; other research universities around the world quickly followed.

Many publications have since found ways to allow open access in their journals by permitting it but charging an expensive (usually hundreds or thousands of dollars per article) “article processing charge,” or APC, that is paid by the institution or the author behind the research as a sort of cost of being published. OA publishers such as the Public Library of Science, or PLOS, charge APCs to make papers available without a paywall, and many traditional commercial publishers also allow authors to pay an APC so that their papers appearing in what is technically a paywalled journal can be available publicly.

When I was CEO of Creative Commons a decade ago, at a time when OA was beginning in earnest, one of my first talks was to a group of academic publishers. I remember trying to describe our proposal to allow authors to have a way to mark their works with the rights they wished to grant to their work, including the use of their work without charge but with attribution. The first comment from the audience came from an academic publisher who declared my comments “disgusting.”

We’ve come a long way since then. Even RELX now allows open access for some of its journals and uses Creative Commons licenses to mark works that are freely available.

Many publishers I’ve talked to are preparing to make open access to research papers a reality. In fact, most journals already allow some open access through the expensive article processing charges I mentioned earlier.

So in some ways, it feels like “we won.” But has the OA movement truly reached its potential to transform research communication? I don’t think so, especially if paid open access just continues to enrich a small number of commercial journal publishers. We have also seen the emergence of predatory OA journals with no peer review or other quality control measures, and that, too, has undermined the OA movement.

We can pressure publishers to lower APC charges, but if they have control of the platforms and key journals, they will continue to extract high fees even in an OA world. So far, they have successfully prevented collective bargaining through confidentiality agreements and other legal means.

The MIT Press, led by Amy Brand, and the Media Lab recently launched a collaboration called The Knowledge Futures Group. (I am director of the Media Lab and a board member at the press.) Our aim is to create a new open knowledge ecosystem. The goal is to develop and deploy infrastructure to allow free, rigorous, and open sharing of knowledge and to start a movement toward greater institutional and public ownership of that infrastructure, reclaiming territory ceded to publishers and commercial technology providers.

(In some ways, the solution might be similar to what blogging was to online publishing. Blogs were simple scripts, free and open source software, and a bunch of open standards that interoperate between services. They allowed us to create simple and very low cost informal publishing platforms that did what you used to have to buy multimillion-dollar Content Management Systems for. Blogs led the way for user generated content and eventually social media.)

While academic publishing is more complex, a refactoring and an overhaul of the software, protocols, processes, and business underlying such publishing could revolutionize it financially as well as structurally.

We are developing a new open source and modern publishing platform called PubPub and a global, distributed method of understanding public knowledge called Underlay. We have established a lab to develop, test, and deploy other technologies, systems, and processes that will help researchers and their institutions. They would have access to an ecosystem of open source tools and an open and transparent network to publish, understand, and evaluate scholarly work. We imagine developing new measures of impact and novelty with more transparent peer review; publishing peer reviews; and using machine learning to help identify novel ideas and people and mitigate systemic biases, among other things. It is imperative that we establish an open innovation ecosystem as an alternative to the control that a handful of commercial entities maintain over not only the markets for research information but also over academic reputation systems and research technologies more generally.

One of the main pillars of academic reputation is authorship, which has become increasingly problematic as science has become more collaborative. Who gets credit for research and discovery can have a huge impact on researchers and institutions. But the order of author names on a journal article has no standardized meaning. It is often determined more by seniority and academic culture than by actual effort or expertise. As a result, credit is often not given where credit is due. With electronic publishing, we can move beyond a “flat” list of author names, in the same way that film credits specify the contributions of those involved, but we have continued to allow the constraints of print guide our practices. We can also experiment with and improve peer review to provide better incentives, processes, and fairness.

It’s essential for universities, and core to their mission, to assert greater control over systems for knowledge representation, dissemination, and preservation. What constitutes knowledge, the use of knowledge, and the funding of knowledge is the future of our planet, and it must be protected from twisted market incentives and other corrupting forces. The transformation will require a movement involving a global network of collaborators, and we hope to contribute to catalyzing it.