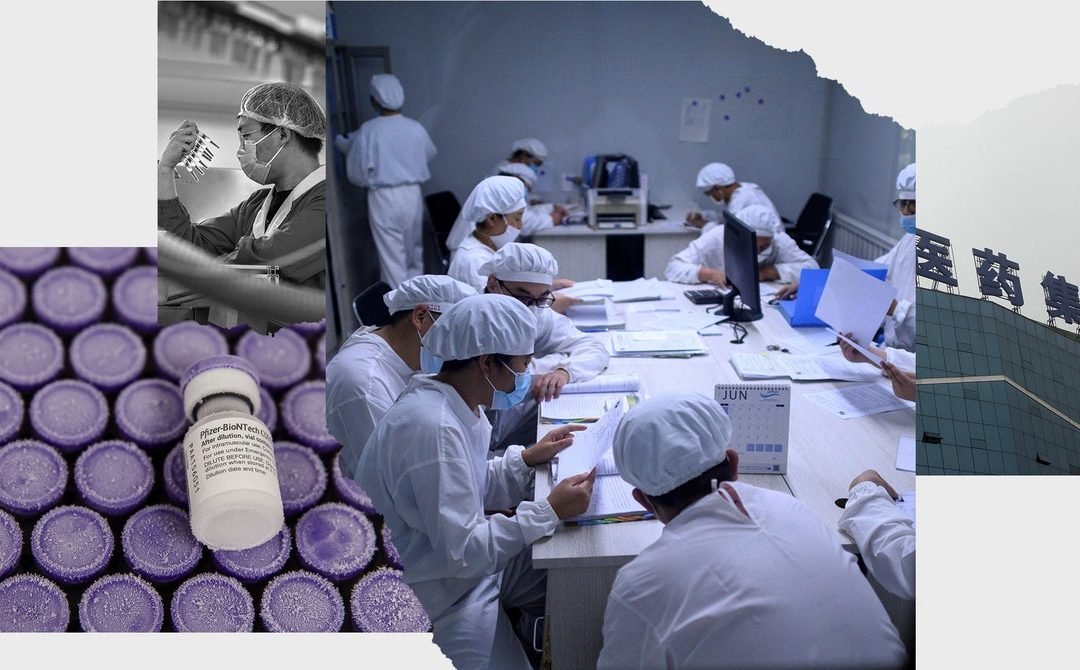 It’s been a constant theme in coverage of the new Covid vaccines: A years-long process of research and development has been condensed, via breakthrough mRNA technologies, into a matter of months. Using the new platform was “a speedy but risky—even controversial—bet,” reported The Washington Post; and led to first-in-human trials “orders of magnitude faster than any vaccine ever before,” said USA Today. “Holy mackerel,” said Anthony Fauci to The Atlantic.

Not to take anything away from mRNA vaccines—they’re clearly amazing—but this narrative just doesn’t fit the facts. The reality of what happened here, and how Pfizer-BioNTech and Moderna came to win the vaccine race in the US, is both more prosaic and more intriguing than it’s been made to seem. Yes, their mRNA technology was new and different; and it’s true that progress on the Covid vaccines was more rapid than any that we’ve seen before. But those two facts aren’t so tightly linked. In fact, but for the specific ways in which the coronavirus has progressed around the world, we could have ended up with a very different set of options at this point.

Moderna began the first clinical trial of its mRNA vaccine on Mar. 16, just a couple of months after the genome of the target virus had been sequenced. But on the very same day, the Chinese company CanSino Biologics gave the first injection in a trial of its non-mRNA vaccine. Meanwhile, the first dose of Pfizer-BioNTech’s mRNA vaccine wasn’t given in a clinical trial until more than a month later. By that point, two more Chinese biotech companies, Sinopharm and Sinovac, had already started first-in-human trials of old-school, inactivated virus vaccines—ones based on the same approach that has been used since the middle of the 20th century for vaccinating against polio and pertussis. A third vaccine in this supposedly slow and obsolete “one bug, one drug” category, also from Sinopharm, went into clinical trial just a week after Pfizer-BioNTech’s; while another high-profile mRNA vaccine, from Germany’s CureVac, didn’t make it into a clinical trial until months later.

For the moment, the American and European media are mostly focused on a white-savior vaccine narrative.

Clearly the use of a revolutionary mRNA platform didn’t get Pfizer-BioNTech and Moderna’s vaccines into clinical trials particularly faster than lower-tech methods did for others. So why were Pfizer-BioNTech and Moderna the first to reach the finish line, and deliver convincing proof that their vaccines really worked? Three factors came into play. First, these vaccines aren’t just moderately effective at preventing Covid-19—they’re excellent at doing so. When there’s such a dramatic difference between the vaccine and a placebo, it’s quicker and easier to confirm success. The second factor was that these companies managed to run tour-de-force phase 3 (late stage) trials, recruiting many thousands of participants very quickly. That’s very hard to do in a pandemic, as the plentiful hiccups in other companies’ trials have revealed. And finally, those well-run phase 3 trials took place in the US and parts of Latin America, where the new coronavirus was running rampant. In order to show efficacy, vaccine-makers need their clinical trial to include enough “events”—i.e. people who get sick with Covid. Given the high rates of infection in the Americas, these turned up at a rapid pace.

In this third domain, in particular, the Chinese vaccine developers found themselves at a major disadvantage. Having the coronavirus under control at home meant they had to seek out partners in other countries for their phase 3 trials. That added a major hurdle to getting trials off the ground, but any delays were soon negotiated. Sinopharm got started on the first phase 3 trial for its inactivated vaccines, in the United Arab Emirates, on July 16. That was two weeks before Pfizer-BioNTech and Moderna began theirs. The UAE had the infrastructure to run a major trial, and a very ethnically diverse population, which would be critical for the development of a vaccine intended to be used around the world. The coronavirus had reached the Middle East early, too. On the other side of the Persian Gulf, Iran had been hit hard: By mid-March, more than 1,000 people there had died of Covid there. At first, things were looking very good, and there was no reason to believe that Sinopharm would lag behind the other companies in reaching a conclusion.