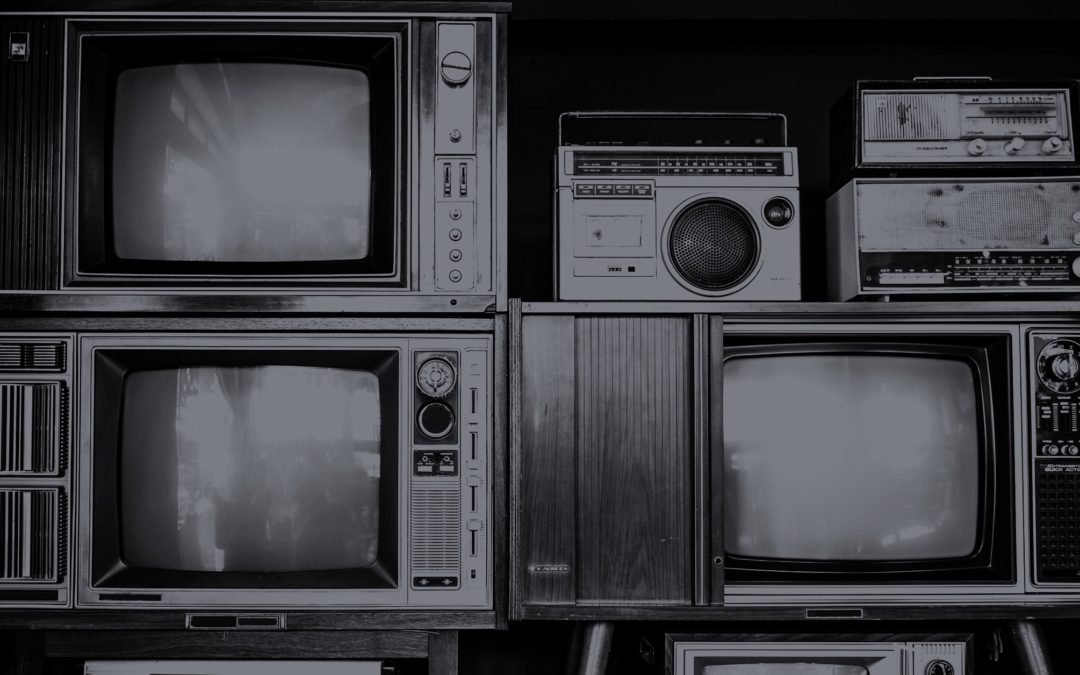 They saw it coming, the media theorists, book-bound intellectuals, Jesuit priests, classicists, and sociologists who attempted to make sense of what they called “electronic media,” and we now think of as prehistoric radio and TV. With their long-winded tomes from an age of longer attention spans, authors like Marshall McLuhan, Harold Innis, Walter Ong, and others form a sort of prophetic canon that collectively catalogs our species’ first reaction to these newfangled contraptions, with their blinking lights and blaring speakers.

Of course, they didn’t wholly foretell our present. Most were still stuck in the mass-market age of Hollywood studios and New York producers, taking the centralized control of media as a given. Nobody imagined the DIY democratization of media whereby a guy with a smartphone would have all the documentary and distribution power of NBC or The New York Times.

Still, the canon is worth revisiting, because these observers captured the moment when civilization turned from typographic culture—itself a massive break from the largely oral culture that preceded it—to electronic media. They’re the metaphorical physicians who noted the first symptoms of a worsening malaise we’re seeing now. In other words, our internet-and-smartphone-driven age does not represent, as we might think, its own huge shift from the Enlightenment tradition, but rather the most recent stages of a shift that started with disembodied voices and faces streaming out of clunky boxes.

Two of the most accessible and relevant of this canon are similar in topic, though written nearly a generation apart: Daniel Boorstin’s The Image and Neil Postman’s Amusing Ourselves to Death. Both dissect the burgeoning TV culture as contrast to the textual one that preceded it, and both come to pessimistic conclusions, though one I found counter-intuitively encouraging.

Boorstin, a onetime Librarian of Congress with two dozen book titles to his name, hardly fits the stereotype of an avant-garde media theorist. Yet in 1962, in The Image, he coined the phenomenon that, once described, you’ll start seeing everywhere: the “pseudoevent.” A pseudoevent is a contrived piece of media theater that’s talked about because of its talked-about-edness, with no underlying reality. By extension, our contemporary notion of “celebrity” is an individual known for their well-known-ness, a human pseudoevent.

Boorstin flagged how TV (and increasingly print, which quickly betrayed the original Enlightenment purposes of the printing press) manufactured a never-ending parade of pseudoevents and “celebrities.” One example is the press conference, something we now take as a cultural fixture, but is actually of relatively recent coinage. Remember the recent brouhaha about CNN reporter Jim Acosta purportedly fumbling (or was it wrestling?) for a microphone with an intern? That was a pseudoevent embedded inside a pseudoevent about a celebrity: pseudoevents all the way down.

Aside from their superficial frivolity, pseudoevents have second-order effects that are harder to spot, but worth exploring. Here, an analogy from economics is worth a detour: In the dismal science, Gresham’s Law states that bad money drives out good. That is, when two currencies have nominally equal face value, but one has been debased or has a lower de facto value, the good currency disappears from the economy as people hoard it, and the bad currency circulates instead. An example is the Roman Republic during the Punic Wars, which minted coins of a certain nominal weight in silver, but which actually contained much less silver. The low-silver coins circulated, as people hoarded the high-silver coins in jars.

By analogy, I propose a Gresham’s Law of Media: When both pseudoevents and real events are trafficked in a media economy, the pseudoevents—the debased, over-valued version of a previous hard currency—drive out the real events, until pseudoevents dominate all media circulation.

As proof, consider the following realities:

The US is currently involved in (at least) seven wars overseas.

The Yemen famine has killed 85,000 children and put 14 million people at risk of starvation.

China has placed a million Uighurs in concentration camps.

Meanwhile, we’re mostly talking about some tweet or press conference. There are still legitimate events, of course, often very tragically so. But when such events reach our consciousness—such as the Rohingya genocide in Myanmar, or Jair Bolsonaro’s victory in Brazil—our concern largely hinges on how pseudoevents amplified by Facebook or WhatsApp impacted the real events, rather than the events themselves. For example, how many of those tweeting angrily about WhatsApp’s impact on Bolsonaro’s victory can name Bolsonaro’s political party or his opponent? How many Westerners angry about Facebook’s actions in Myanmar can identify the refugee camps on a map? Even when there are very real events to traffic, the pseudoevents start crowding out the legitimate article immediately.

But let’s not despair too much going into the holiday season, and consider a slightly different analysis of the burgeoning TV culture that’s also applicable to our current internet one: Postman’s brilliant Amusing Ourselves to Death. Written in 1985, at the apex of the Reagan era, Postman inveighs like a disapproving biblical prophet against the vulgarity and schmaltz of TV culture. To this child of the ’80s and ’90s, Postman’s tour through that era’s sitcoms and televangelists puts today’s media landscape in a new light. For those too young to remember, TV used to be pretty dumb. Knuckle-dragging, two-digit-IQ levels of dumb. Imagine earworm-y jingles (that still echo in my subconscious) opening to stock characters interacting via a hackneyed variation on the same three storylines in the same four-camera stage with laugh-tracks exploding every other minute. Imagine shiny-haired grifter-preachers, and their blue-haired wives, shaking down their soft-headed marks in marathons of sermonizing and singing.

Compared with The Facts of Life, A.L.F. (a puppet alien that lives with a suburban family), and evangelists-turned-felons like Jim Baker, Twitter, for all of its flaws, seems like a Socratic dialogue. Or at least parts of it do.

This change from Postman’s age was made possible by our much-maligned internet: By disaggregating media and audiences into razor-thin slivers, scalably addressable thanks to reduced distribution and production costs, we freed the national conversation from a mushy median. Granted, that created the Alex Jones of our world. But it also spawned a rich variety of blogs, digital journalism, and that new Athenian agora, podcasts. Nowadays, anyone, not just intellectual elites in an Ivy League seminar room, can observe a sharp mind in the process of thinking, rather than merely performing for a jittery TV audience.

What lessons do we of the Smartphone Age take away from the TV musings of Boorstin and Postman? For starters, avoid the false media currency of pseudoevents and their exhausting commerce, and instead do as the ancient Romans did with coins—hoard the authentic articles that only grow rarer with time.

Lastly, amid the online din, think back to the time when a show about two bouncy twentysomethings splitting a basement apartment (which they never seemed to leave), and whose long-running joke was that one drank milk-and-Pepsi cocktails, was the nation’s most popular TV show (Laverne & Shirley, for you kids). Then, go listen to a smart podcast where intellectual antagonists engage as Lincoln and Douglas once did. Go on Twitter and rebut one side’s arguments with lines from the other’s Kindle book you downloaded. Have them respond. Get trolled by a rando. Block the dingbat. Read someone else’s 3,000-word reply on Medium. Think how such a conversation would once have been limited to rarefied elites, and probably not accessible within a 1,000-mile radius of your hometown. Then perhaps feel a teensy bit good about the media status quo. Prophets of doom exist to warn us away from peril when there’s still time to change course. Society has made its choice, but thanks to disaggregation, we can all choose for ourselves. Choose wisely.