Video-Chat Juries and the Future of Criminal Justice 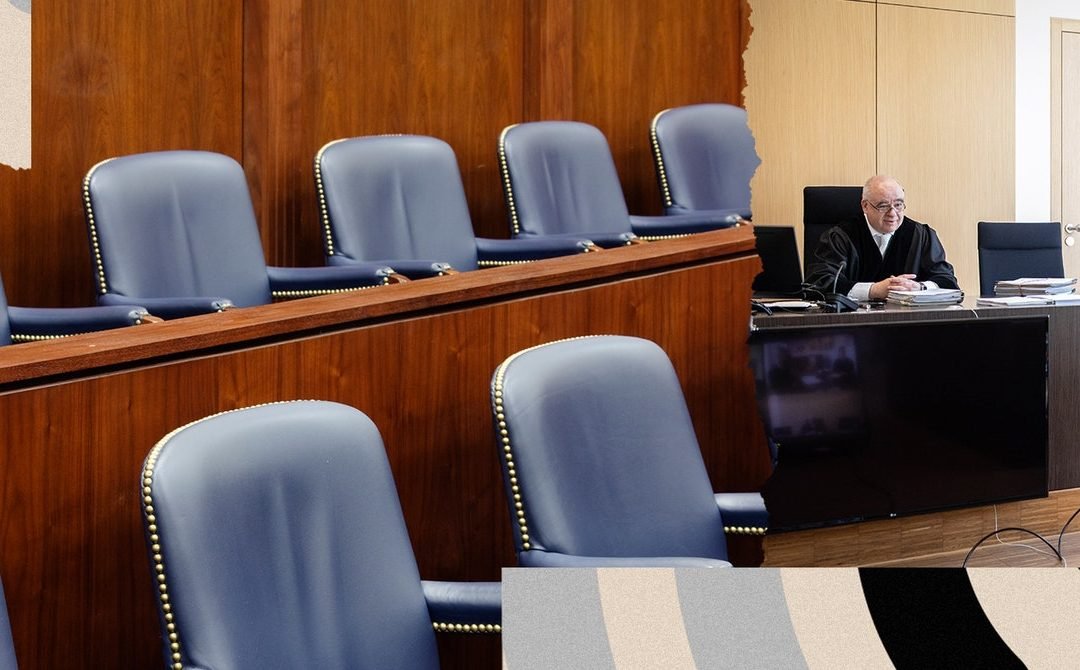 Here’s a future scenario. Soon after you get your jury summons in the mail, you receive a SurveyMonkey link. Under oath—a checkbox and e-signature sufficed—you answer several questions not just about your personal background but also your Wi-Fi connectivity. Do you solemnly swear that you have home broadband?

Now you’ve been selected as a juror, and you and 11 peers are asked to swear another oath over Zoom. A few participants—the judge, the litigants, the defendant—are sitting in the courtroom, but everyone else is watching on a screen. Lawyers present their evidence through screen-sharing. If you have a question for the court, you type it into chat.

A bailiff monitors for technical slip-ups. Witnesses are added to the video call one by one. The judge is the host and can mute the attorneys and witnesses (and jurors) as necessary, to keep you from hearing improper evidence. When it’s time to deliberate, you and your peers convene on a separate Zoom call; everyone gets a verdict form via Dropbox link. You may even be allowed to play back recorded exchanges from the trial.

That outline is adapted from a plan set out by Richard Gabriel, a Los Angeles-based trial consultant. Gabriel is advocating for an unprecedented legal innovation: the fully remote jury trial. The idea, he says, “is actually quite viable right now. The obstacle for me is more of a logistical one. It’s the trial courts trying to grasp logistically how they can put a remote jury together.”

The court system has been resistant to the use of remote tools in legal proceedings, with the US Seventh Circuit Court of Appeals ruling in 2018 that there are “unique benefits of physical presence” and that a defendant can’t consent to a plea via videoconference. But as the pandemic continues to drag on, courts are postponing jury trials deeper into the summer—and those same “unique benefits of physical presence” may now be counterbalanced by the risks of a packed courtroom and the resulting risk of harm from long delays.

“I think jury trials where some portion is conducted via teleconference is far from theoretical.”

With case backlogs looming, most federal courts have already been forced to halt protections such as those provided under the Speedy Trial Act of 1974. Such postponements of justice have real repercussions for defendants left in pretrial detention. The widespread pause on jury trials is translating into extra months in jail for these defendants, many of whom are there simply because they can’t afford bail. While some states, like California, have responded to the pandemic by setting bail at $0 for people with low-level offenses, others are barely budging. Texas won’t release pretrial detainees accused of committing or threatening to commit a violent crime.

Are remote juries part of the solution? The idea of conducting full trials via videoconference has quietly moved within the bounds of possible. In mid-March, a New York court allowed a sick juror to continue to deliberate through a video hookup—a step that gave the US a partial preview of how a Zoom trial might play out. Other states are testing remote grand juries, civil juries, and simulated criminal juries.

“I think jury trials where some portion is conducted via teleconference is far from theoretical,” said Thomas Boyd, the administrator of the Michigan state court system, whose office is conducting a pilot using the videoconference system Polycom. Boyd predicts that someone, somewhere, will hold a fully remote jury trial—with the consent of the defendant—before the year is out.

In Michigan, where jury trials are postponed until at least June 22, Boyd is in favor of all sorts of courtroom experiments. “Judges have called me and said, ‘Well, we need to use the parking garage,’” he told me. “I say, ‘Think it through. Keep going. Give it a test.’ We encourage creative judges to participate and give us their ideas.”