What Is A Meme? The Definitive WIRED Guide 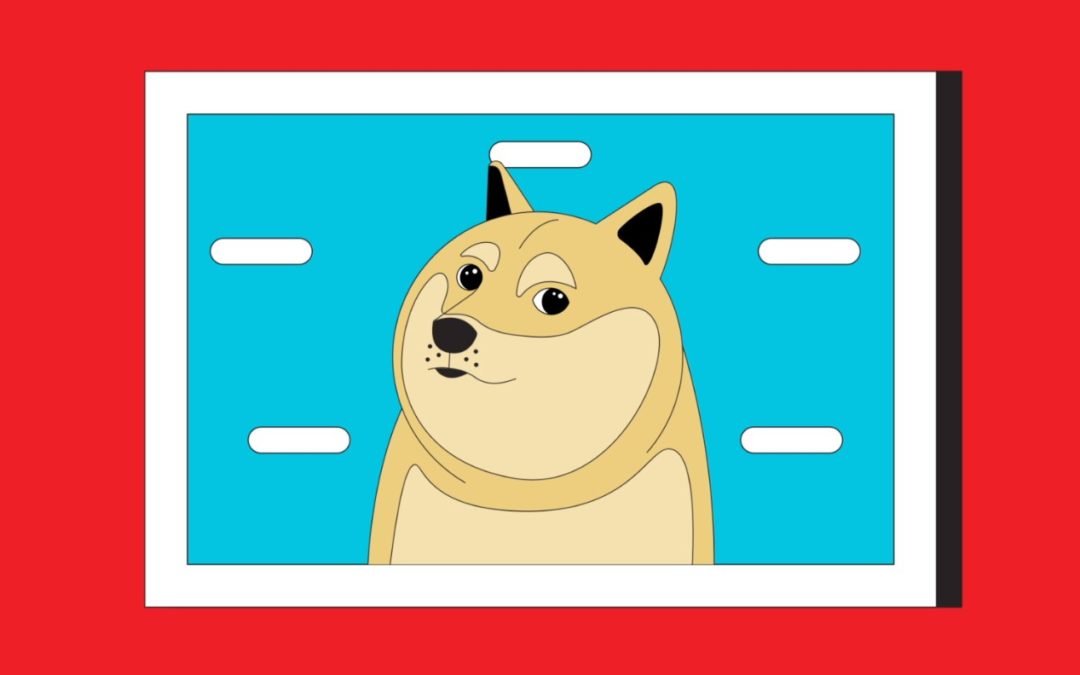 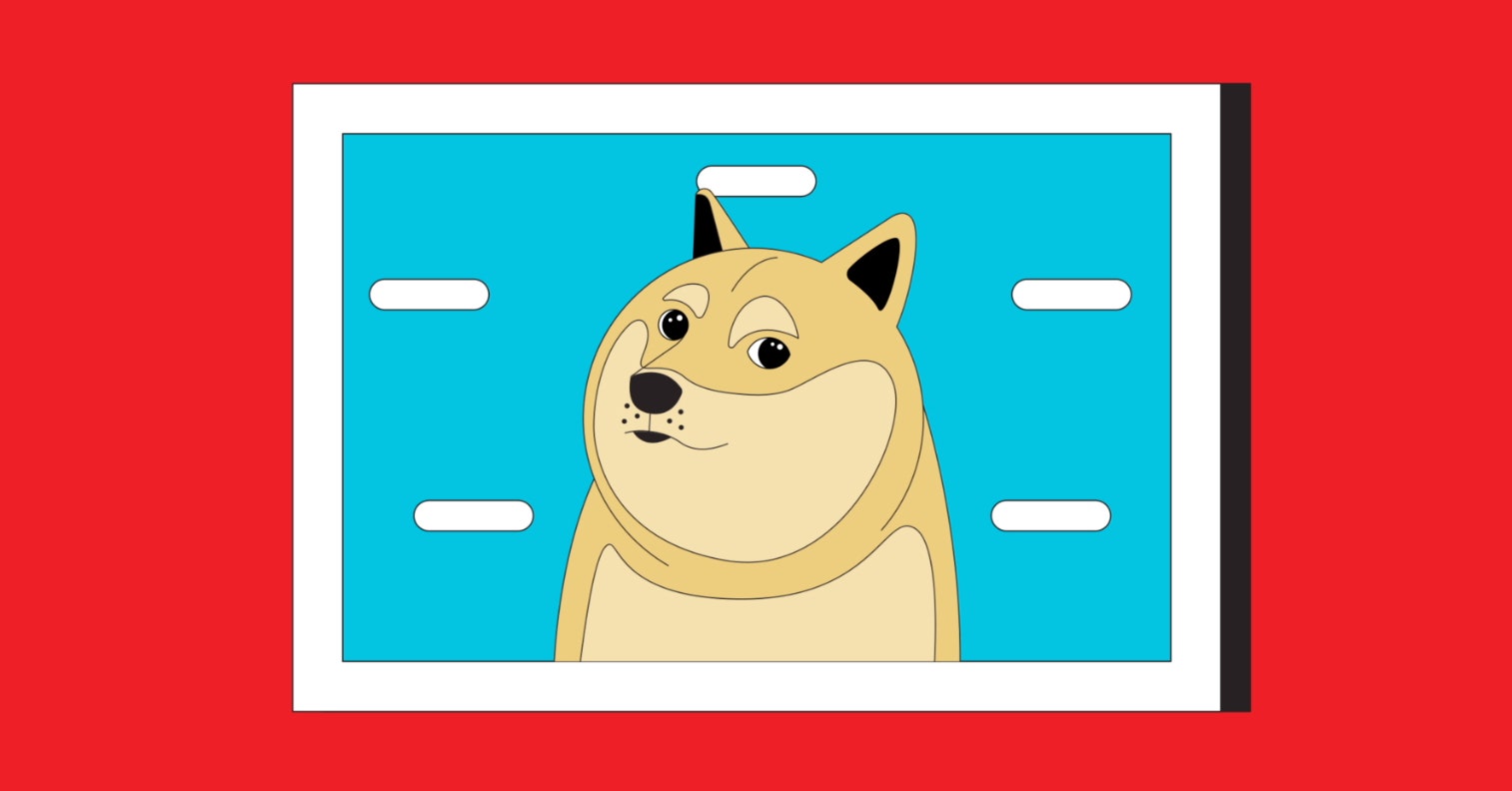 Memes and the internet—they’re made for each other. Not because they’re digital visual communication (though of course, they are that), but because they are the product of a hive mind. They are the shorthand of a hyper-connected group thinking in unison. And, friends, the web hive mind is a weird (often funny, sometimes dangerous) place.

The term “meme” comes from evolutionary biologist Richard Dawkins. For Dawkins, cultural ideas were no different than genes—concepts that had to spread themselves from brain to brain as quickly as they could, replicating and mutating as they went. He called those artifacts memes, bits of cultural DNA that encoded society’s shared experiences while also constantly evolving.

But Dawkins coined the term in 1976, in his book The Selfish Gene, long before the modern internet, before memes morphed into what they are now. Back then, Dawkins was talking about passing along culture—song melodies, art styles, whatever. Today, denizens of the internet think of memes as jokes passed across social media in the form of image macros (those pictures of babies or cats or whatever with bold black-and-white words on them), hashtags (the thing you amended to what you just wrote on Twitter), GIFs (usually of a celebrity, reality star, or drag queen reacting to what you just wrote on Twitter), or videos (that Rick Astley video people used to send you).

Classic Meme 1: LOLcats Part of the first major wave of felines to dominate the internet, LOLcats started out as image macros, like the infamous “I Can Has Cheezburger?” JPEG. They superimposed photographs of adorable kittehs with funny, often nonsensical captions. The meme launched thanks to “Caturday” posts on 4chan and the website I Can Has Cheezburger (obvi), but eventually became common almost everywhere.

Memes, then, have evolved into something much different than what Dawkins originally envisioned, and that evolution happened fast, shape-shifting from goofy animal images on 4chan to tools used for political gain and back again.

The Evolution of Memes

Memes as people understand them today didn’t really take off until the mid-1990s, when now small-seeming groups of average folk began gathering on the internet and populating its message boards and Usenet groups with things the group(s) found funny. Back in the early days, pixelated images of dancing babies or hamsters was all it took to get meme famous. As the internet moved from dial-up to DSL, and meme-swapping destinations like eBaum’s World gained traction, things got more sophisticated. Soon photographs of kittehs with captions written in their own special grammar, which eventually became known as LOLcats, were a thing, largely thanks to sites like the wildly popular imageboard 4chan. The LOLcat eventually came to exemplify the image macro: a simple image captioned with bold Impact font at the top and bottom—the top sets up the joke, the bottom pays it off. Typically, other image macros—like the infamous “I Can Has Cheezburger?” or the ones created using the catchphrase “All your base are belong to us”—just had a single caption.

Classic Meme 2: Chuck Norris Facts This meme, partially inspired by a segment on Late Night with Conan O’Brien, consists of untrue, hyperbolic “facts” about actor Chuck Norris. Spawned on Something Awful in 2005, these nontruths include “Fire escapes were invented to protect fire from Chuck Norris” and “Chuck Norris’ tears cure cancer. Too bad he has never cried.”

Video memes, which theoretically go back to the days of emailing actual video files like badday.mpg in the late ‘90s, really took off after the launch of YouTube in 2005. YouTube and other video-sharing sites made using a video as the punchline to a joke much easier. Rickrolling—the practice of making someone click on a link to the music video for Rick Astley’s “Never Gonna Give You Up”—became massively popular. So did sending people links to the Trololo Guy, Russian baritone Eduard Khil singing the Soviet-era song “I Am Very Glad As I’m Finally Returning Back Home.” Neither of these videos was explicitly funny, nor was it inherently funny to be on the receiving end of them, but, as is the case with nearly all early-era memes, the humor lived in their repetition. It was trolling, but a mostly good-natured kind, the kind that feels more like an inside joke than a joke made at someone else’s expense.

Classic Meme 3: Rickrolling Still one of the internet’s best pranks, “Rickrolling” simply involves finding a way to get someone to click on a link for the music video for Rick Astley’s “Never Gonna Give You Up.” It’s kinda one-note, but a decade later the bait-and-switch is still pretty damn funny. And it’s gotten that song more than 400 million views on YouTube.

YouTube also led to an outbreak of viral videos, including everything from Psy’s “Gangnam Style” and “Chocolate Rain” by Tay Zonday to “Evolution of Dance” and “Charlie Bit My Finger.” (We’re not linking to those, they have enough views already.) Video sharing also led to meme fads like “Turn Down For What” and “Harlem Shake,” which involved very simple concepts that people could interpret however they saw fit. “Shake,” for example, simply involved filming a group of people dancing erratically, often in costume, to Baauer’s track “Harlem Shake.”

As Twitter, Facebook, and other social media platforms began to shape online discourse in the late 2000s and early 2010s, images—particularly reaction GIFs—gained a massive new significance. And, as was the case with GIFs, older formats like image macros found all new uses. Meme generator sites made it easy to make macros on the fly, and soon memes like Awkward Moment Seal and Scumbag Steve seemed to arrive almost daily. (Times were simpler then; the humor was goofier, gentler—and the memes came easily.)

In the early days, memes started slowly and stuck around longer. (Seriously, Nyan Cat was around for literally years. Years.) But the speed of social media meant memes could blow up and be over in the span of a week, if not a day. Moments like #TheDress could come and go almost overnight. (Do you remember where you were when that happened?!) Events like the Olympics or political debates could launch memes that would be over at the conclusion of a 24-hour news cycle. Ideas, as Dawkins had noted decades ago, could launch an online inside joke instantly—and have a Twitter account, Tumblr, and dedicated hashtag in mere hours. And then they were gone.

The Future of Memes

These days, memes are about more that just LOLs. They’ve picked up two new purposes: to pledge allegiance to your in-group and to make you lots of money. Memes used to appeal to humanity’s fundamentals—everyone feels awkward sometimes, everyone likes watching a kitten acting a fool. But now people flash political memes like gang signs. Modern-day American memes are about political correctness or the Second Amendment, about the emptiness of offering thoughts and prayers to shooting victims or the satisfying inclusiveness of Black Panther. These memes are seen as a public declaration of your political positions and cultural identity, and, increasingly, an invitation for people with opposing viewpoints to come sass (or harass) you in the comments. Is combativeness a symptom of how contentious and polarized the internet has become? Heck yes. Memes are just snapshots of culture. Does it seem likely to stop anytime soon? Heck no.

Classic Meme 5: Double Rainbow Double Rainbow became a meme after Jimmy Kimmel tweeted a video of a man freaking out over seeing two rainbows simultaneously. The man, identified as Paul Vasquez, shows the rainbows while he cries and talks excitedly about the phenomenon off-camera. The video went viral and quickly spawned all manner of reaction posts and remix videos. Vasquez even appeared in a Microsoft Windows commercial, which kinda killed the fun TBH.

A Definitive Guide to Memes

Letting everyone enjoy their own jokes in peace doesn’t sound so bad, and to a point, it wouldn’t be. But both ISIS and the so-called alt-right also use their memes to recruit new followers. Cartoonish in-jokes turn out to be an effective, nonthreatening entry point for even the most extreme ideologies. If you’re an isolated person looking to feel a sense of belonging, there’s no better way to project that you’re in the know than sharing a meme. The trouble is that it doesn’t end with taking “the red pill” and sharing a Pepe the Frog meme or two. Once you’ve swallowed one idea, your internet landscape and the algorithms generating it change. Suddenly you’re seeing memes about threatening to throw Jewish people out of helicopters, and gradually, that will stop shocking you.

The success of memes like the alt-right’s Pepe the Frog and ISIS’s one-finger salute points to political memes’ probable future function: spreading propaganda. They’re visual, and pictures often skip right over reason and punch your brain right in the truth center. Images and videos will only become easier to manipulate as AI gets smarter. Furthermore, something isn’t shareable because it’s objectively true. It just has to be relevant, to feel true. That space between truth and truthiness is where both memes and propaganda live. (If you’re thinking that you’d never share propaganda, remember this: Thanks to Russia, you probably already have.)

It’s not just propagandists: Every brand wants a slice of the hottest new meme. If it trends, it’s instantly a cheap Halloween costume, a catchphrase on a Forever 21 T-shirt, and all over fast–food company Twitter. Their reasons are pretty obvious. Companies like making things that project how socially adept they are, and people like buying those things for the same reason. Don’t expect that to slow down any time soon—the rise of cheaper bespoke manufacturing and 3-D printing will make it even easier to churn out a tsunami of short-lived trendy products, and it’ll thus only get easier to turn memes into money.

Classic Meme 6: Doge “Doge” is internet slang for “dog,” and a Doge meme generally consists of an image of a Shiba Inu covered in captions—most likely in Comic Sans font—that show the animal’s internal dialogue. As with LOLcats, the grammar and spelling is atrocious (see: “doge,” phrases like “much cake,” etc.), but that is also where most of the humor of Doge memes originates. After taking off with dog images, the Comic-Sans-on-photographs style spread to other kinds of pictures, like those of other animals or politicians.

Meme creators sometimes make money too—both Grumpy and Nyan were major cash cats for their humans—but you’re probably going to want a backup plan. Sometimes you get Ellen appearances, scholarships, and lifetime supplies of whatever product you included in the meme. Sometimes you get zilch. Meme-makers of color in particular tend to lose out—partly because they tend to have less access to influence, partly because majority-white companies and booking agents aren’t spending time in spaces dominated by people of color, and partly because white America tends to think of black people’s creations as belonging to the entire black community rather than an individual. For example, Kayla Lewis, the originator of the phrase “on fleek,” never saw a cent of the profits from any of the gazillion ‘on fleek’ products various companies made. (Twas ever thus. See: the history of music.)

If there’s any justice at all, meme making will become a job, and companies will hire the people who have been making you snort at your laptop screen for years. Some already are, like Instagram star k@5sh. Might that kill the fun? Possibly. But our appetite for memes is virtually unlimited and there’s room for professional and amateur memes alike, and memeing thoughtfully and often may be the only antidote to those toxic political and fake news memes we were talking about earlier. Engaging trolls never works. The only way to beat them is to drown them out. So here’s to the future meme masters keeping Pepe the Frog way down at the bottom of your feed.