What Is Blockchain? The Complete WIRED Guide 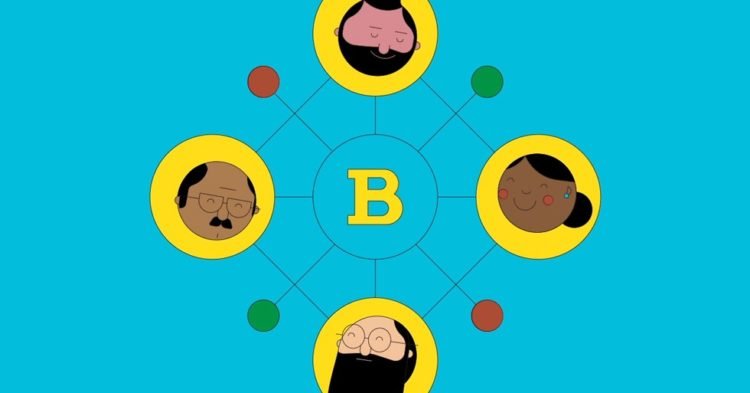 Depending on who you ask, blockchains are either the most important technological innovation since the internet or a solution looking for a problem.

The original blockchain is the decentralized ledger behind the digital currency bitcoin. The ledger consists of linked batches of transactions known as blocks (hence the term blockchain), and an identical copy is stored on each of the roughly 200,000 computers that make up the bitcoin network. Each change to the ledger is cryptographically signed to prove that the person transferring virtual coins is the actual owner of those coins. But no one can spend their coins twice, because once a transaction is recorded in the ledger, every node in the network will know about it.

Who paved the way for blockchains?

DigiCash was founded by David Chaum to create a digital-currency system that enabled users to make untraceable, anonymous transactions. It was perhaps too early for its time. It went bankrupt in 1998, just as ecommerce was finally taking off.

E-gold was a digital currency backed by real gold. The company was plagued by legal troubles, and its founder Douglas Jackson eventually pled guilty to operating an illegal money-transfer service and conspiracy to commit money laundering.

Now a cryptocurrency, Ripple started out as a system for exchanging digital IOUs between trusted parties.

RPOW was a prototype of a system for issuing tokens that could be traded with others in exchange for computing intensive work. It was inspired in part by Bit-gold and created by bitcoin’s second user, Hal Finney.

The idea is to both keep track of how each unit of the virtual currency is spent and prevent unauthorized changes to the ledger. The upshot: No bitcoin user has to trust anyone else, because no one can cheat the system.

Other digital currencies have imitated this basic idea, often trying to solve perceived problems with bitcoin by building new cryptocurrencies on new blockchains. But advocates have seized on the idea of a decentralized, cryptographically secure database for uses beyond currency. Its biggest boosters believe blockchains can not only replace central banks but usher in a new era of online services outside the control of internet giants like Facebook and Google. These new-age apps would be impossible to censor, advocates say, and would be more answerable to users.

Several companies are already taking advantage of the Ethereum platform, initially built for a virtual currency. The startup Storj offers a file-storage service, banking on the idea that distributing files across a decentralized network is safer than putting all your files in one cabinet.

Meanwhile, despite the fact that bitcoin was originally best known for enabling illicit drug sales over the internet, blockchains are finding acceptance in some of the world’s largest companies. Some big financial services companies, including JP Morgan and the Depository Trust & Clearing Corporation, are experimenting with blockchains and blockchain-like technologies to improve the efficiency of trading stocks and other assets. Traders buy and sell stocks rapidly, but the behind-the-scenes process of transferring ownership of those assets can take days. Some technologists believe blockchains could help with that.

There are also potential applications for blockchains in the seemingly boring world of corporate compliance. After all, storing records in an immutable ledger is a pretty good way to assure auditors that those records haven’t been tampered with.

It’s too early to say which experiments will work out or whether the results of successful experiments will resemble the bitcoin blockchain. But the idea of creating tamper-proof databases has captured the attention of everyone from anarchist techies to staid bankers.

The original bitcoin software was released to the public in January 2009. It was open source software, meaning anyone could examine the code and reuse it. And many have. At first, blockchain enthusiasts sought to simply improve on bitcoin. Litecoin, another virtual currency based on the bitcoin software, seeks to offer faster transactions.

One of the first projects to repurpose the bitcoin code to use it for more than currency was Namecoin, a system for registering “.bit” domain names. The traditional domain-name management system—the one that helps your computer find our website when you type wired.com—depends on a central database, essentially an address book for the internet. Internet-freedom activists have long worried that this traditional approach makes censorship too easy, because governments can seize a domain name by forcing the company responsible for registering it to change the central database. The US government has done this several times to shut sites accused of violating gambling or intellectual-property laws.

Namecoin tries to solve this problem by storing .bit domain registrations in a blockchain, which theoretically makes it impossible for anyone without the encryption key to change the registration information. To seize a .bit domain name, a government would have to find the person responsible for the site and force them to hand over the key.

Ethereum and other blockchain-based projects have raised funds through a controversial practice called an “initial coin offering,” or ICO: The creators of new digital currencies sell a certain amount of the currency, usually before they’ve finished the software and technology that underpins it. The idea is that investors can get in early while giving developers the funds to finish the tech.The catch is that these offerings have traditionally operated outside the regulatory framework meant to protect investors, although that’s starting to change as more governments examine the practice.

Bitcoin’s software wasn’t designed to handle other types of applications. In 2013, a startup called Ethereum published a paper outlining an idea that promised to make it easier for coders to create their own blockchain-based software without having to start from scratch, without relying on the original bitcoin software. In 2015 the company released its platform for building “smart contracts,” software applications that can enforce an agreement without human intervention. For example, you could create a smart contract to bet on tomorrow’s weather. You and your gambling partner would upload the contract to the Ethereum network and then send a little digital currency, which the software would essentially hold in escrow. The next day, the software would check the weather and then send the winner their earnings. At least two major “prediction markets” have been built on the platform, enabling people to bet on more interesting outcomes, such as which political party will win an election.

So long as the software is written correctly, there’s no need to trust anyone in these transactions. But that turns out to be a big catch. In 2016 a hacker made off with about $50 million worth of Ethereum’s custom currency intended for a democratized investment scheme where investors would pool their money and vote on how to invest it. A coding error allowed a still unknown person to make off with the virtual cash. Lesson: It’s hard to remove humans from transactions, with or without a blockchain.

Even as cryptography geeks plotted to use blockchains to topple, or at least bypass, big banks, the financial sector began its own experiments with blockchains. In 2015, some of the largest financial institutions in the world, including JP Morgan, the Bank of England, and the Depository Trust & Clearing Corporation (DTCC), announced that they would collaborate on open source blockchain software under the name Hyperledger. Several pieces of software have been released under the Hyperledger umbrella, including Sawtooth, created by Intel for building custom blockchains.

The industry is already experimenting with using blockchains to make security trades more efficient. Nasdaq OMX, the company behind the Nasdaq stock exchange, began allowing private companies to use blockchains to manage shares in 2015, starting with a company called Chain. Similarly, the Australian Securities Exchange announced a deal to use blockchain technology from a Goldman Sachs-backed startup called Digital Asset Holdings to power the post-trade processes of Australia’s equity market.

The Future of Blockchain

Despite the blockchain hype—and many experiments—there’s still no “killer app” for the technology beyond currency speculation. And while auditors might like the idea of immutable records, as a society we don’t always want records to be permanent.

Blockchain proponents admit that it could take a while for the technology to catch on. After all, the internet’s foundational technologies were created in the 1960s, but it took decades for the internet to become ubiquitous.

That said, the idea could eventually show up in lots of places. For example, your digital identity could be tied to a token on a blockchain. You could then use that token to log in to apps, open bank accounts, apply for jobs, or prove that your emails or social-media messages are really from you. Future social networks might be built on connected smart contracts that show your posts only to certain people or enable people who create popular content to be paid in cryptocurrencies. Perhaps the most radical idea is using blockchains to handle voting. The team behind the open source project Soverign built a platform that organizations, companies, and even governments can already use to gather votes on a blockchain.

Advocates believe blockchains can help automate many tasks now handled by lawyers or other professionals. For example, your will might be stored in a blockchain. Or perhaps your will could be a smart contract that will automatically dole out your money to your heirs. Or maybe blockchains will replace notaries.

It’s also entirely possible that blockchains will evolve into something completely different. Many of the financial industry’s experiments involve “private” blockchains that run on servers within a single company and selected partners. In contrast, anyone can run bitcoin or Ethereum software on their computer and view all of the transactions recorded on the networks’ respective blockchains. But big companies prefer to keep their data in the hands of a few employees, partners, and perhaps regulators.

Bitcoin proved that it’s possible to build an online service that operates outside the control of any one company or organization. The task for blockchain advocates now is proving that that’s actually a good thing.