What Singapore Can Tell the World About Personal Liberty 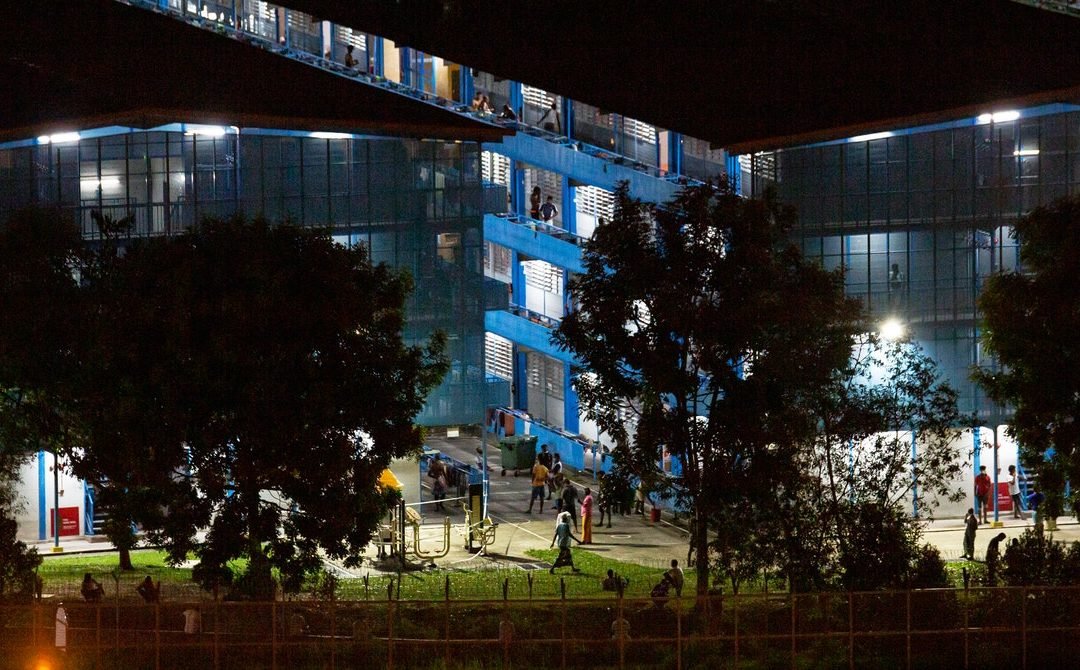 In mid-January I returned to the US from a visit home to Singapore, where people were already worried about the novel coronavirus spreading in China. All through February, it was bizarre to observe business as usual in the US. Western media reports mostly critiqued the authoritarian lockdown measures implemented by China—the same measures that have since been adopted in various forms across the world as it became clear that containment was key to managing the crisis. Complacency and an unwillingness to call for severe restrictions to mobility early on in the name of not violating individual liberty doomed the US to its ongoing crisis.

Donald Trump’s refusal to take the virus seriously and the delays in lockdown were myopic, prideful, and willfully ignorant. Western liberal democracies will not emerge from this crisis with much—or any—moral or political clout. The US and UK all but bungled their early responses. Instead, the world will look to places that have handled this crisis well, or at least better.

Jerrine Tan was born and raised in Singapore. She has a PhD in English from Brown University and currently teaches Global Anglophone Literature in the English department at Mount Holyoke College. Her writing has appeared in Asian American Writers Workshop and is forthcoming in Modern Fiction Studies.

In the early stages of the outbreak, Singapore was roundly lauded for its prompt and efficient response, ensuring a quick flattening of the curve. But if we are to learn lessons from Singapore, they should be clear-eyed, understanding how and why it was able to respond in the ways it did, not only in a time of crisis but also because of how it operated before.

The Singapore government, synonymous with the PAP (People’s Action Party), managed the first wave of infections well. Its system of contact-tracing is world-class. Masks were rationed and distributed. As the second wave of imported infections started rolling in, hotels served as dedicated quarantine rooms for returning Singaporeans, which ensured safe and proper physical distancing while propping up the ailing hotel industry and saving jobs.

But managing a crisis well does not mean that the problematic aspects of a government go away. In fact, effective crisis management can be aided by these characteristics. In The Economist, Kishore Mahbubani chalks the success of China, South Korea, and Singapore up to “quality of governance and cultural confidence of their societies.” But this claim is reductive. The PAP is notorious for draconian censorship laws, harsh retaliation against dissenters, and the suppression of other political parties. In the past month, the appeal to repeal Section 377A, a relic of colonial law criminalizing sex between two men, was dismissed. A local activist was jailed for unfavorably comparing Singapore’s judiciary system to Malaysia’s. These events largely passed unremarked due to the onslaught of Covid-19 news. On the back of Wired, CNN, and Time praising Singapore’s response in early March, the Singapore government made moves which political commentators have read as suggesting the possibility of snap elections, including announcing the new electoral boundaries on March 13, as if to leverage goodwill in the midst of crisis to solidify political power. But should the government call for elections soon, not only will opposition parties be at a distinct disadvantage, the health of the population will also be put at risk.

Is freedom and a robust democracy the price to pay for effective crisis management?

In late March, as flights from the US to Singapore got canceled for the indefinite future, I found myself grappling for the first time in my life with the existential and psychic pain of not being able to return home if I wanted to. Remaining in a country that quickly surged to have the most cases in the world, I began to wonder about the price I was willing to pay to ensure that the Singapore government acted in a way that would secure the safety of my family. As a child, I used to lie awake at night in fear, imagining the deaths of my loved ones, and brokering silent deals with god. Give my parents one more year of life and I swear I’ll do my homework every day. As the Covid-19 pandemic worsened across the US, and Singapore braced to face a second wave, I found myself sinking into helpless worry and again making wishful deals in the dark—this time not with god but with my government: Get Singapore through this. If my parents stay healthy until I can get home, I swear I’ll never speak ill of the government again. In a state of emergency, more than a few of us will find ourselves cutting deals with god, the devil, or the government alike.

For now, Singapore has extended its “circuit breaker” period till June 1. The euphemistic term denotes stringent lockdown rules: closure of schools and non-essential businesses, mandatory mask-wearing (or risk heavy fines), among other measures. Elections, like everything else, will have to wait.