Why Scientists Should Be Tracking a Catastrophic Pig Disease 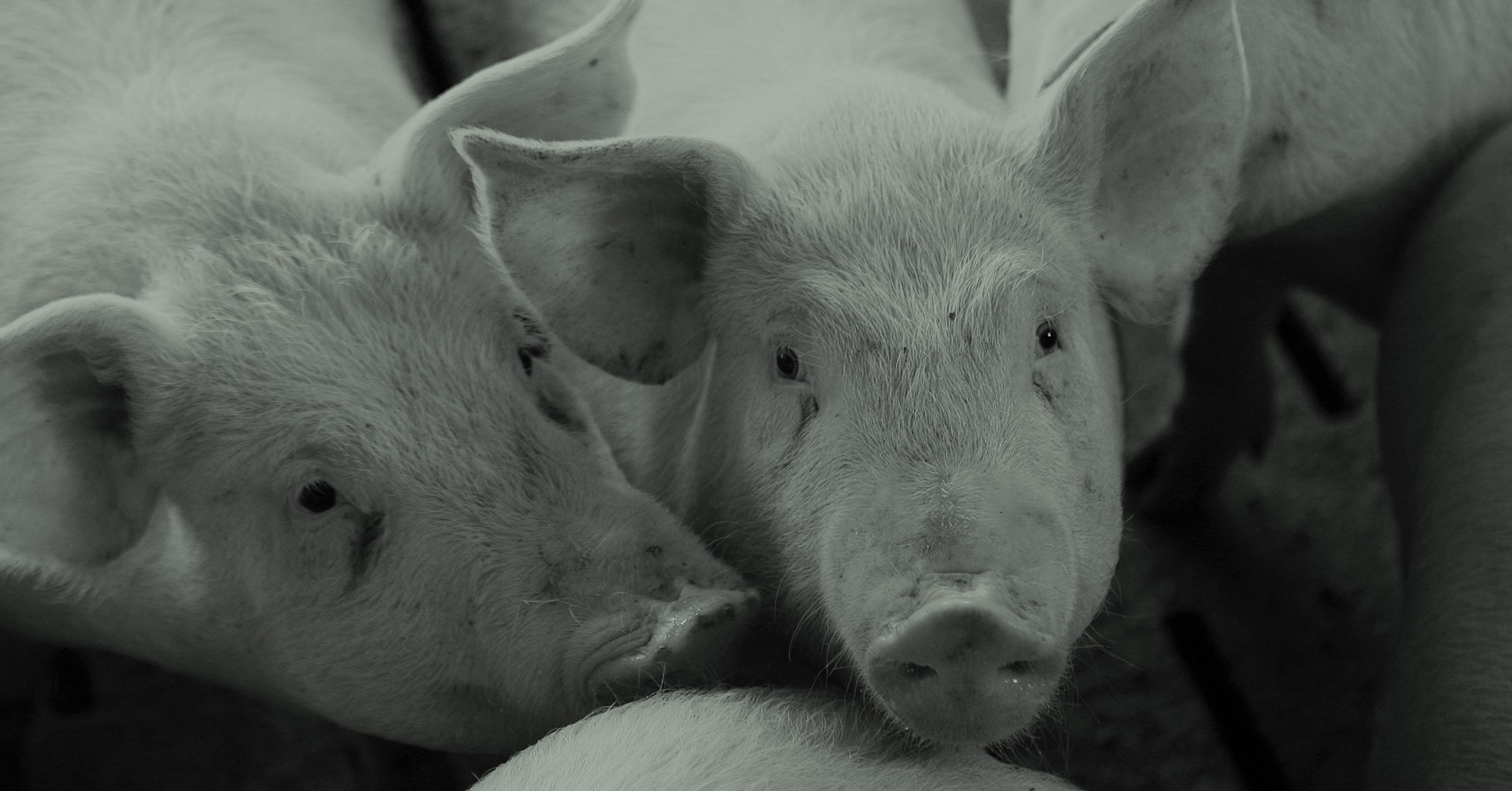 Right now, a pig disease called African swine fever is moving across the world. It has caused huge alarm in China and across Europe; more than 300,000 pigs have died of the disease or been culled in attempts to stop the virus spreading.

Maybe you missed it. That’s understandable: Most experts who track diseases, not to mention the mass audience who enjoy being frightened by them, tend to limit their attention to the ones that make humans sick. Non-human species rise on our radar only when they’re the source of the pathogens that scare us: the bushmeat that harbors Ebola, the bats that drool Nipah virus onto palm fruit, mosquitoes passing on malaria, ticks transmitting Lyme.

But we should be paying attention to African swine fever, and not just because it threatens a major food source and billions of dollars in international trade. We should be paying attention because, though it’s an animal-only disease, human inattention is driving this epidemic. Our vast networks of food production and distribution, and consumption and waste disposal, are making an already grave situation worse. And the systems we’ve created to track the movement of human diseases aren’t adequate to capture animal pathogens on the move.

African swine fever affects only swine species, primarily domestic pigs and wild boar and warthogs, though some species of ticks can harbor the virus and pass it to swine in their bites. The consequences are dramatic: The disease causes bleeding lesions internally and on the skin. There is no treatment and no vaccine. Because it is so infectious and so virulent, the standard response is to kill all the pigs in any herd where it surfaces, then bury or destroy the bodies to keep the virus contained.

Across China, according to the World Organization for Animal Health (which goes by the acronym OIE), there have been 29 separate outbreaks since August on commercial pig farms, and more than 44,000 pigs have died or been culled. In Eastern Europe, the disease has been brewing in wild boar for several years; this year, there have been hundreds of small outbreaks in wild and commercial swine in eleven countries, from the Czech Republic east into Russia and Ukraine.

On Monday, the OIE confirmed that African swine fever has moved into western Europe, having infected 11 wild boar in Belgium. Culling at commercial pig farms, to put a firebreak around the virus, has begun.

It’s normal for outbreaks of an animal disease to occur among farms that are near each other, carried by water or wind or the movements of small wildlife. But plot these outbreaks on a map, and it becomes clear something else is going on. The places where African swine fever has surfaced in Europe are separated by hundreds of miles; in China, the distances between sites are greater. Though boar are carrying the virus through parts of Europe, neither they nor commercial pigs are covering those vast distances unassisted.

What’s moving the virus, in a variety of ways, is people.

Live swine and carcasses aren’t the only thing that can carry African swine fever. The virus can persist for long periods on farm equipment, truck tires, even boots: inorganic objects that can’t be infected but can be contaminated. China raises at least half of all the pigs in the world each year—according to the USDA, more than 400 million pigs. At least half of them are raised not in the closed industrial-scale farms common in the US but in small backyard operations. That makes it more likely that trucks are shuttling in and out repeatedly, to bring supplies and feed and assemble complete loads of pigs to take to distant slaughterhouses—and also more likely that contaminated equipment could spread the infection among multiple farms.

The virus can also persist in pig meat — fresh, cured, even frozen for a long time. That’s how it first came to Europe in the 1950s, causing an outbreak that took several years to stamp out: Food left over on a flight from Africa to Portugal was dumped into pig swill at a farm near the Lisbon airport. Researchers at the Pirbright Institute in the United Kingdom have suggested that some of the current European outbreaks originated with boars munching on sandwich scraps that hikers left behind them.

That’s why the Chinese central government banned feeding food waste and slaughterhouse discards—offal and blood— to pigs last month, hoping to slow down the movement of the disease through what is the world’s largest pig herd.

Right now, there’s little chance of wild pigs carrying the virus overland to the United States. There is no African swine fever in the Americas currently; the last major outbreak was in Brazil in 1978, caused by tourists carrying pork products home from Spain. But borders can be breached in other ways. In 2013, a massive outbreak of an unrelated but equally deadly pathogen, porcine epidemic diarrhea virus, killed more than 10 percent of the U.S. pig herd; between killing pigs, disinfecting farms, and compensating farmers, it cost almost $2 billion. The source turned out to be contamination in woven plastic bags that are used to move pig feed ingredients around the world.

James Roth, a veterinarian and director of the Center for Food Security and Public Health at Iowa State University, thinks about that example a lot these days. “There are so many ways [African swine fever] could come into the country,” he told me. “It could be via infected pork products — those should not come in, but sometimes someone goes to another country and brings back something special that gets through customs at the border. It could be people returning with contaminated clothing. It could be via a feed ingredient that is imported, if someone had the virus on their boots and tramped around their soybeans in a truck or grain bin.”

If African swine fever can leapfrog long distances by air or ship — in grains or nutrients or smuggled sausages or gear tucked into a suitcase — there is no way to detect its movement; there won’t be a trail of dead swine pointing to its next destination. Since there’s no routine surveillance for the disease, we’ll know it has moved to new territory when pigs sicken and die.

But it might be possible to create an early warning system for it, if we shift our focus, and track where we are sending the substances that might carry the infection to them.

“I don’t think the public understand how vast the globalized trade is, in live pigs and pork, but also in feed,” says Peter Dazsak, a parasitologist and president of the New York-based EcoHealth Alliance, which researches and detects emerging diseases in wildlife. “Pathogens have evolved to exploit this.”

The answer, he said, might be predictive modeling, which could deploy algorithms to assess the myriad paths animal products take around the globe and calculate hot spots of risk. “Governments already do this for people,” he pointed out; public health agencies have begun to use Big Data to assess the possibilities of new diseases moving away from where they arise.

If we bent our attention to creating an early warning system for animal diseases, by detecting not just the pathogens but the networks we have inadvertently created for them to travel through, we might get ahead of them — and reduce the damage that our inattention to their movement caused.