Wikipedia Is Finally Asking Big Tech to Pay Up 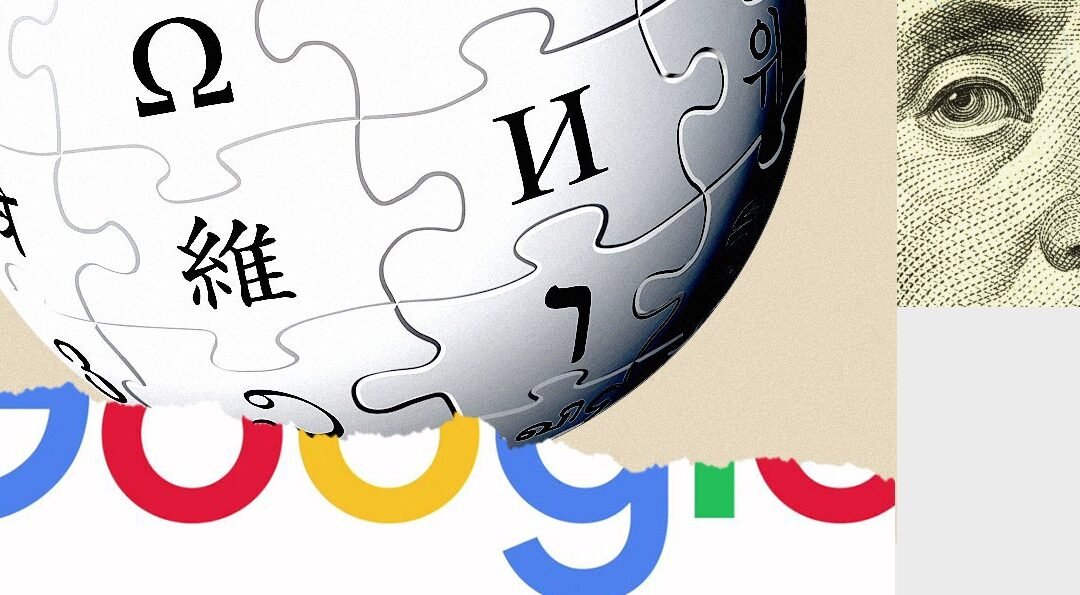 From the start, Google and Wikipedia have been in a kind of unspoken partnership: Wikipedia produces the information Google serves up in response to user queries, and Google builds up Wikipedia’s reputation as a source of trustworthy information. Of course, there have been bumps, including Google’s bold attempt to replace Wikipedia with its own version of user-generated articles, under the clumsy name “Knol,” short for knowledge. Knol never did catch on, despite Google’s offer to pay the principal author of an article a share of advertising money. But after that failure, Google embraced Wikipedia even tighter—not only linking to its articles but reprinting key excerpts on its search result pages to quickly deliver Wikipedia’s knowledge to those seeking answers.

The two have grown in tandem over the past 20 years, each becoming its own household word. But whereas one mushroomed into a trillion-dollar company, the other has remained a midsize nonprofit, depending on the generosity of individual users, grant-giving foundations, and the Silicon Valley giants themselves to stay afloat. Now Wikipedia is seeking to rebalance its relationships with Google and other big tech firms like Amazon, Facebook, and Apple, whose platforms and virtual assistants lean on Wikipedia as a cost-free virtual crib sheet.

Today, the Wikimedia Foundation, which operates the Wikipedia project in more than 300 languages as well as other wiki-projects, is announcing the launch of a commercial product, Wikimedia Enterprise. The new service is designed for the sale and efficient delivery of Wikipedia’s content directly to these online behemoths (and eventually, to smaller companies too).

Conversations between the foundation’s newly created subsidiary, Wikimedia LLC, and Big Tech companies are already underway, point-people on the project said in an interview, but the next couple of months will be about seeking the reaction of Wikipedia’s thousands of volunteers. Agreements with the firms could be reached as soon as June.

“This is the first time the foundation has recognized that commercial users are users of our service,” says Lane Becker, a senior director at the foundation, who has been ramping up the Enterprise project with a small team. “We’ve known they are there, but never really treated them as a user base.”

For years now, Wikipedia has made freely available a snapshot of everything that appears on the site every two weeks—a so-called “data dump” for users—as well as a “firehose” of all the changes as they are happening, delivered in a different format. This is how big companies typically import Wikipedia content into their platforms, with no special help from the foundation.

“They all have teams dedicated to Wikipedia management—big ones,” Becker said, adding that making the different content speak to each other required “a lot of low level work—cleaning and managing—which is very expensive.”

The free, albeit clunky, option will still be available to all users, including commercial ones. This means that Wikimedia Enterprise’s principal competition, in the words of Lisa Seitz-Gruwell, the foundation’s chief revenue officer, is Wikipedia itself.

But the formatting problems with the free version offer an obvious opportunity to create a product worth paying for, one tailored to the requirements of each company. For example, Enterprise will deliver the real-time changes and comprehensive data dumps in a compatible format. There will also be a level of customer service typical of business arrangements but unprecedented for the volunteer-directed project: a number for its customers to call, a guarantee of certain speeds for delivering the data, a team of experts assigned to solve specific technical flaws.

In another break for a project like Wikipedia, which was conceived as part of the world of free software, Enterprise will host its version of Wikipedia content not on the project’s own servers but on Amazon Web Services, which it says will allow it to meet the needs of its customers better. In explanatory materials, the foundation takes pains to justify the decision and stresses that “it is not contractually, technically, or financially bound to use AWS infrastructure.”

As these comments suggest, the Wikipedia movement, which has proudly stood by its early Internet idealism, is wrestling with how much to cater to the needs of the commercial giants with very different norms not just about free software, but also transparency and “monetizing” its users. However, the foundation officials shepherding the Enterprise project argue that Wikipedia would be foolish to disengage from the big companies, since they provide the primary ways for people to read its articles.